Still, in need of air support for my Late WW2 German force I dug around in The Vault and found this kit; a 1/72nd scale Airfix Henschel HS-129 attack aircraft. Unlike it's cousins the ME-109 and HS-123 this was a bit of an ugly beast of a kit. It certainly showed its age with raised panel lines, lots of flash and very poor fit of parts. But it fit the bill perfectly for a late war tank buster so it was off to the build table so that it was ready in time for Flintcon. A whole ton of sanding and swearing and it was completed, at least the decals were nice and thin 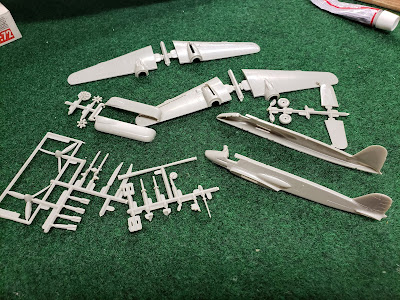 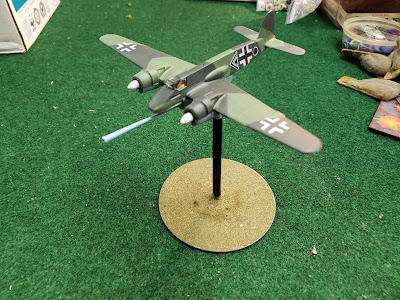 the cannon looks ridiculous but is accurately sized 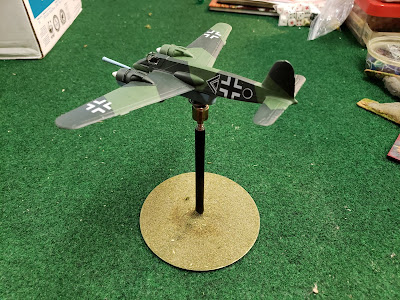