In these days of Trade Wars, Monetary Wars, Culture Wars and too many Real Wars wouldn't it be nice if everybody spent some time building bridges? Just an hour or so a day? I decided to do my part and descended into The Workshop and fired up my trusted friend Proxxie; inside of an hour we had built four bridges. Really, I don't see why this is so hard......on the other hand I don't see it solving too many of the world's problems either. But it did give me an hour's peace and distraction, so I guess that "all's well that ends well". 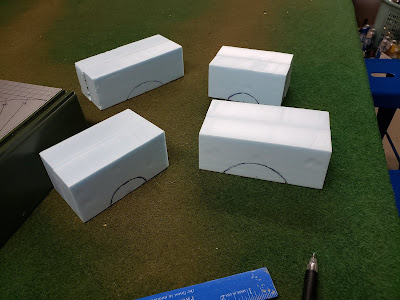 as with most of my projects blueboard was involved 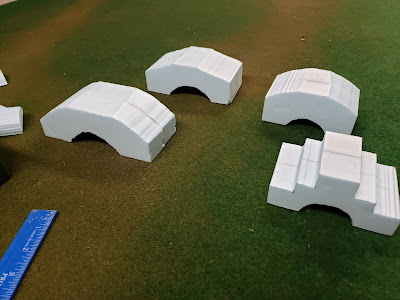 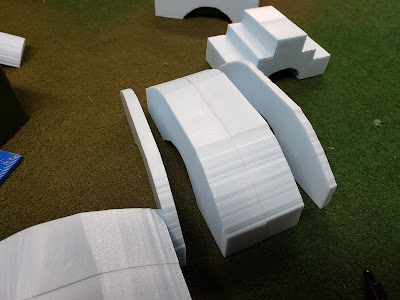 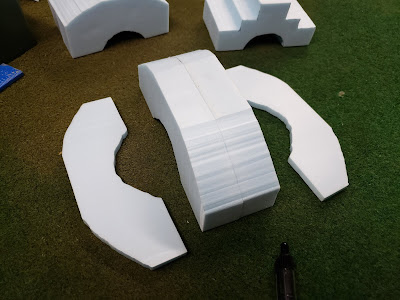 the next step was to turn the block on its side 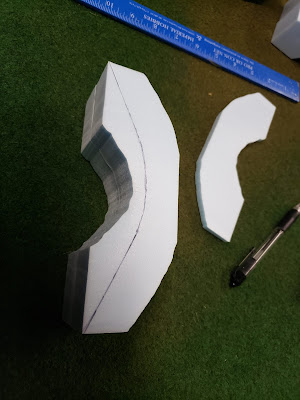 and draw the road surface on outline 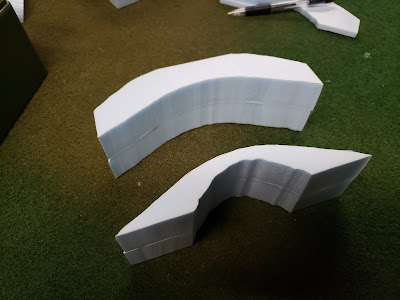 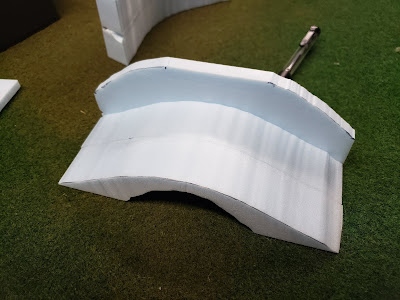 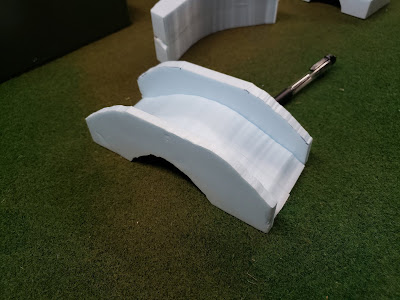 rough cut bridge ready to go to the detail shop 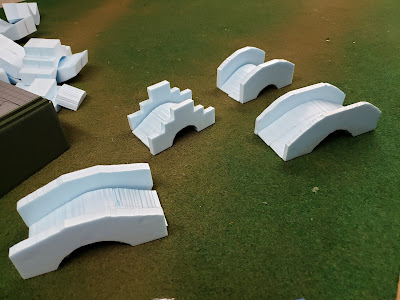 this all took about ten minutes 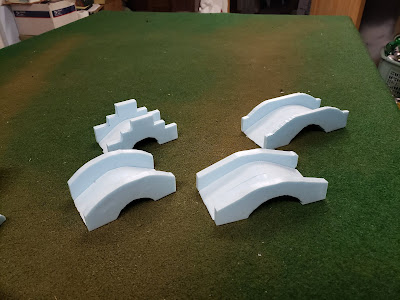 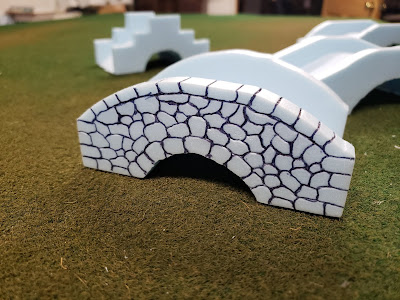 then I grabbed a wide-tip ball-point pen and started drawing on the bricks,
originally I was going to cut a zillion tiny stones and glue them on
but I thought that I might want to do something with the rest of the summer 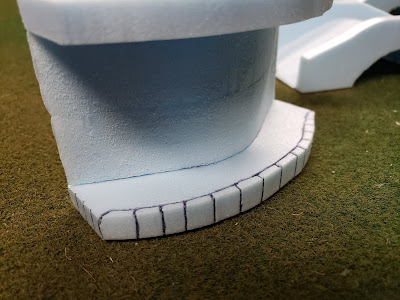 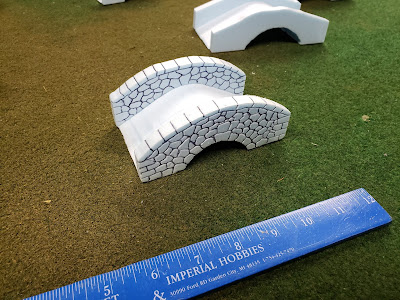 still it only took about ten minutes to get things sorted 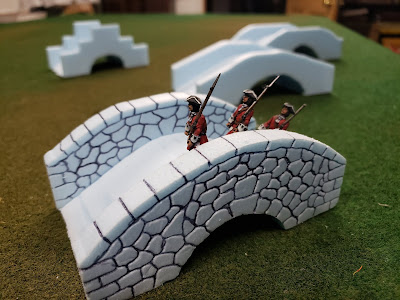 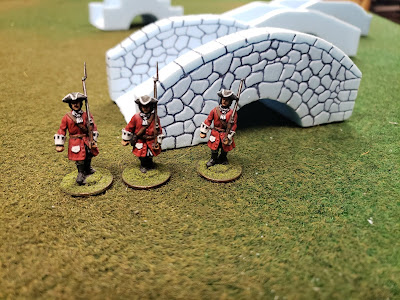