Well it certainly took long enough, but in my defense the weather has finally been nice in these parts and there was little motivation of spend time painting. These minis were painted in a mixture of Americana acrylics, Games Workshop contrast and shades with a touch of Vallejo here and there. I don't keep notes so I won't go into a play-by-play (and I'm sure you all have your own style and paint assortment). The figures were simple to paint, the detail is bold and crisp making them take paint well. My only quibble (and this is with almost every miniature manufacturer, either plastic or metal) shield rims should be distinct and probably overemphasized a bit. Painting circles is nigh unto impossible, painting a 1mm wide rim on a curved shield that is only 3/4" across is asking a LOT. Give us something to work with folks! 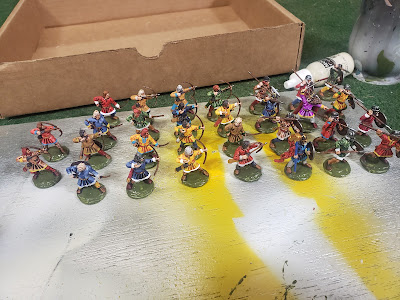 ready for the trip outside for a coat of matte finish 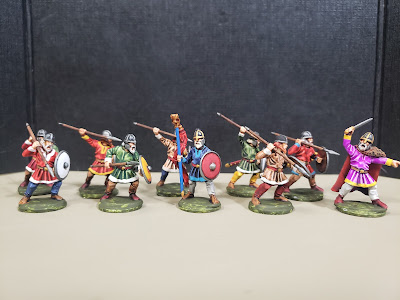 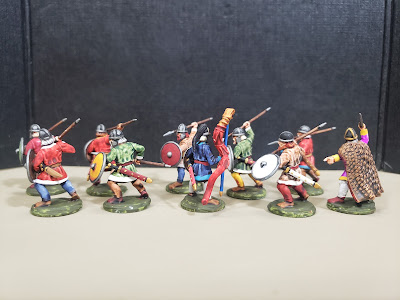 and the left
the colors are bolder in person, too much light during photography 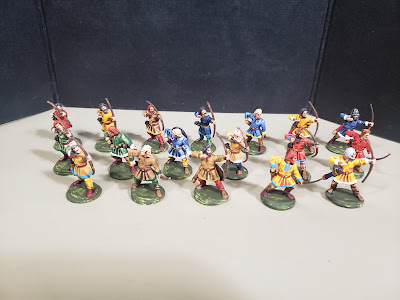 the archers,
I was surprised by the number of archers in Gothic armies
so I went ahead and built more than half the box as archers 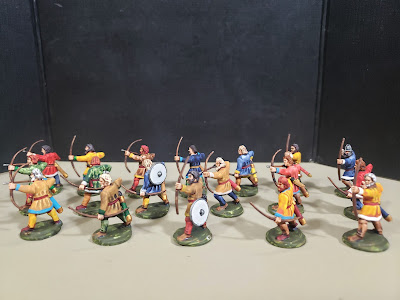 and facing to the left 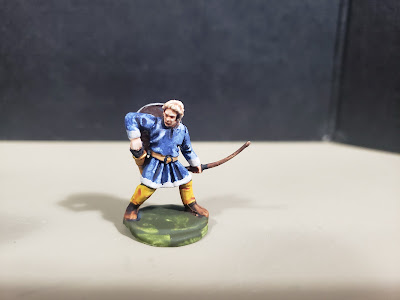 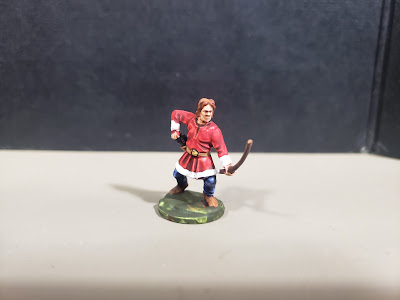 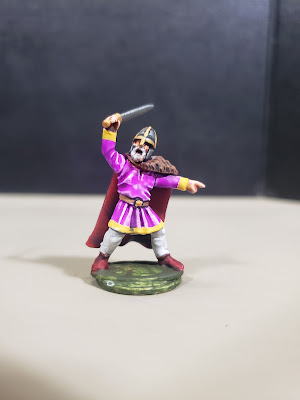 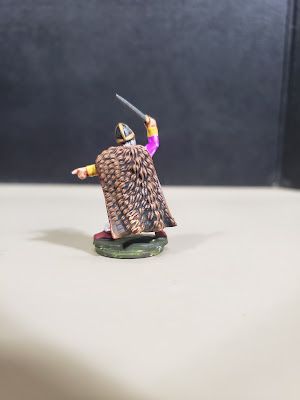 the detail on the cloak needs another drybrush of pale tan 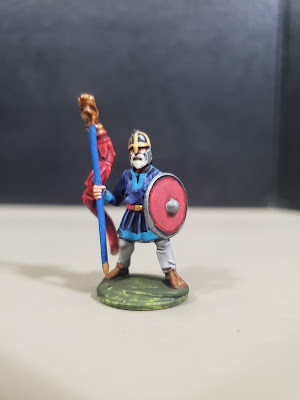 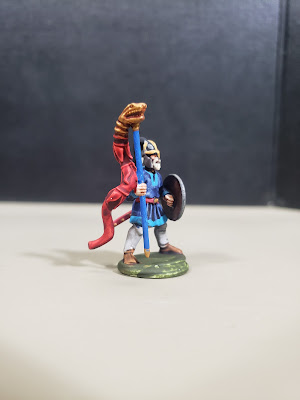