By the time you read this the Con will have come and gone. I took my Wild West Shoot-out game and had a great time running it. Thanks to everybody that played for keeping your semse of humor and fun. In the afternoon session I played in Larry Campbell's French Foreign Legion game, I had a blast. The figures and fort were great and the game was fun (although the French might have thought otherwise). Many other games were on offer and all seemed to be full of happy gamers. Thanks to everybody that helped me lighten my load of 15mm minis, I hope you enjoy them (and actually get around to painting them!). 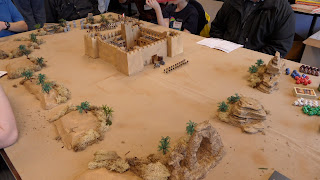 The calm before the storm

More photos after the break﻿... 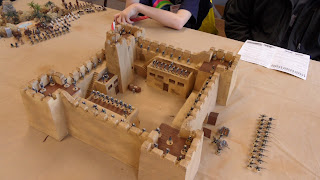 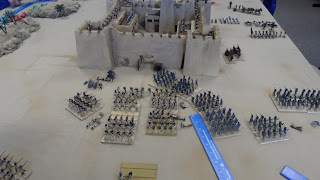 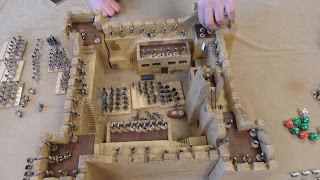 Sgt Major, What do you mean the courtyard is full of Tauregs? 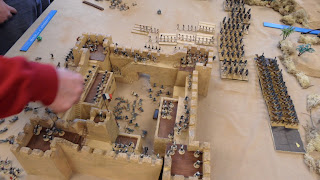 And, near the end, all of the Tauregs friends and neighbors showed up as well

We got pretty lucky with the re-enforcements and the card-draw order on a couple of occasions﻿ and it seemed that the FFL couldn't catch a break all day.

Some other games seen at the con; 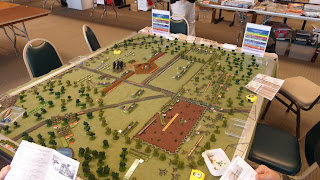 Another one of those ACW games that look just like an old print, I love 'em.
Lowell Hamilton's Seven Pines game using 6mm figs and Regimental Fire & Fury 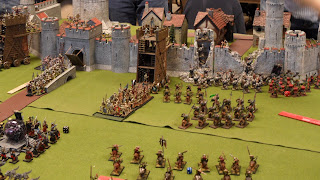 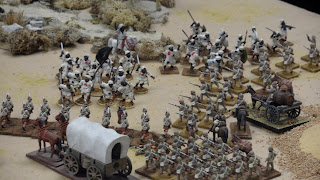 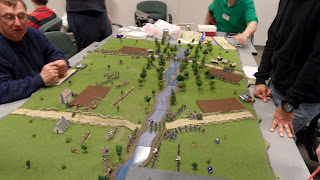 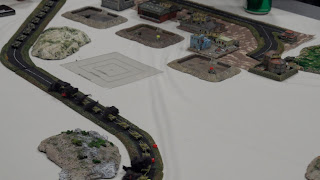 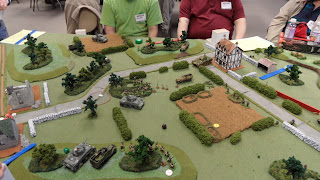 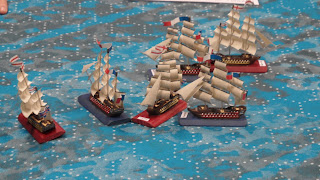 Thanks again to everyone that came out and enjoyed a game or two and particularly to the great guys and gals that made this event possible. Mention also must be made of the vendors that showed up with tables of goodies to seperate me from my cash. Your efforts are appreciated.﻿