And the hits just keep on coming, Zvezda Il-2 Sturmovik 1/144

The good folks at Michigan Toy Soldier called to tell me that there was a new Wargames Illustrated in so I dropped by, I was happy to find out that they had also just gotten a shipment of goodies from Zvezda . Here is the Il-2, a nicely done model which captures the ungainly grace of the original aircraft. It is the single-seat model so we now have both the two-seater (from Battlefront ) and the single-seat version. This is a simple assembly kit that is supposed to be a snap-together model, I glue mine as a matter of precaution. Surface detail is limited to a few panel lines but they did include the trim-tabs on the rear flying sufaces, a nice touch. Oddly it comes with both extended and retracted landing gear (perhaps that has some importance in the game for which this model is a token). Mine will be getting the flying treatment (gear up, no propeller blades).

And on to the show, click on the picture for a larger view. 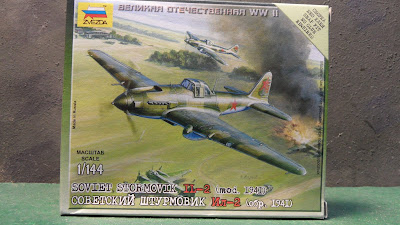 
more pictures after the break 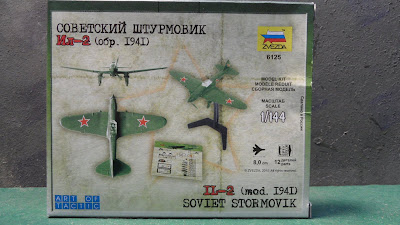 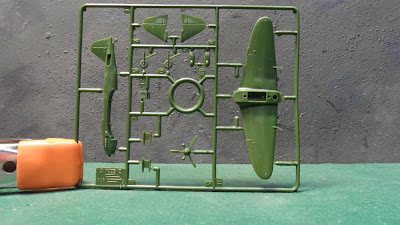 the top of the sprue 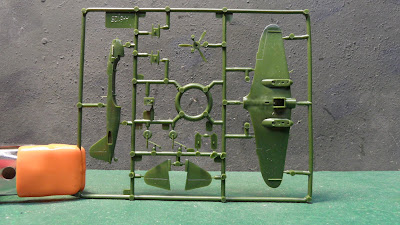 the bottom of the sprue 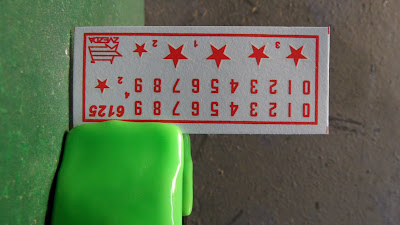 I love these, highly recommended.
Posted by Anton Ryzbak at 9:19 PM