Yet another release from the prolific Plastic Soldier Company the Panzer IV model is another beauty. This kit contains five sprues each of one tank model. The optional parts will allow the building of the early short-barrel version as well as the later long barrel ones, it also includes the "schurtzen" that was attached to later versions to lower the damage from hollow-charge weapons. Molded in a light-olive platic the model boasts detail that is absent from some larger-scale models. It is cleanly molded without a hint of flash and only the faintest suggestion of mold-lines, these are priced the same as the previous T-34 model at US$29.95 for five models, at six bucks each they are an excellent value. I got mine from Michigan Toy Soldier Company in Royal Oak Michigan (they will do mail-order). Now on to the model.

As always click on the picture for a larger view
Box front; 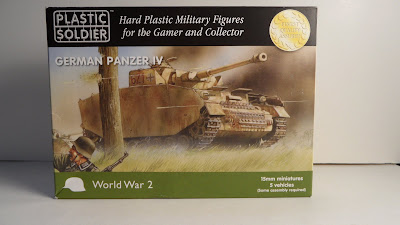 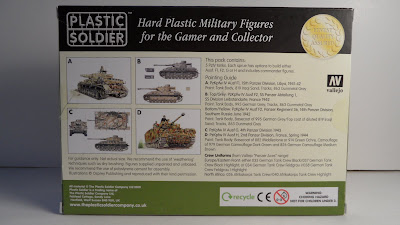 The front of the sprue; 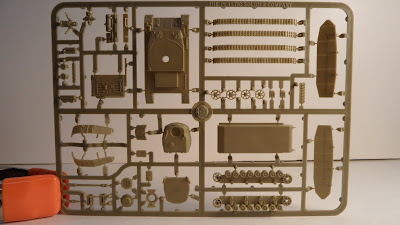 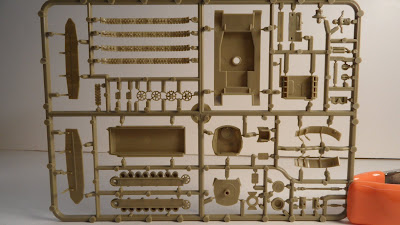 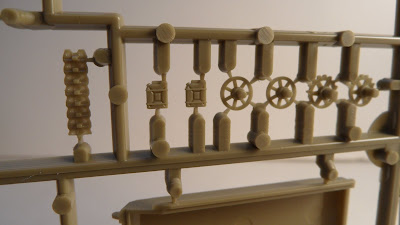 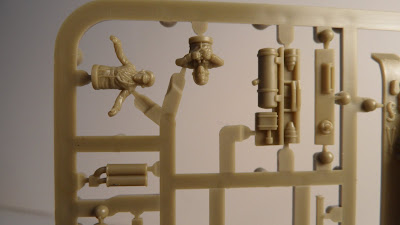 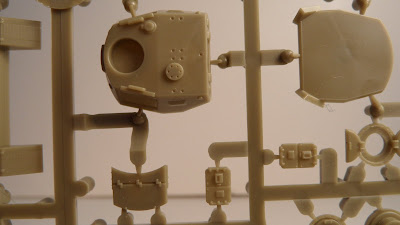 Close-up of the turret "skirt"; 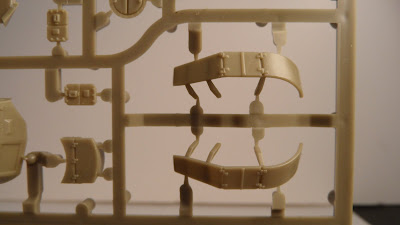 Close-up of the bogie and suspension detail. Look! Rivets, in 1/100 scale are cool! 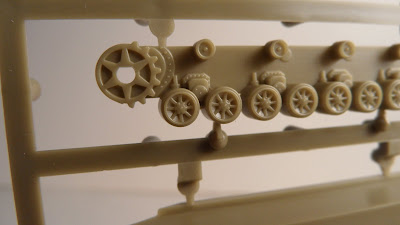 I can't seem to say enough about the quality and level of detail on this new line of models from Plastic Soldier Company, I have been building model kits for forty-five years now and these are some of the best kits I have seen. I will have a build report on this kit as soon as possible along with painting and weathering the T-34 model and the PZ II, T-26 ans PZ II from Zvezda as well.