After a long delay I have finally found the time to build my Plastic Soldier Company Panzer IVs, I was just going to build them all as PZIVf1 but have instead built one of each model. Much like on the T-34 kit parts fit and design was excellent, I did discover one minor flaw when I built these models; the gun housing that connects the barrel to the mantlet has molding flaws caused by the shrinking of the plastic and unfortunately the flaw is on top of the housing rather than on the bottom, see pictures below; 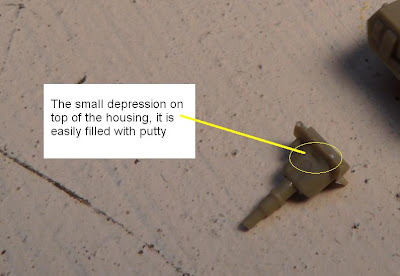 as always click on the pictures for a larger view 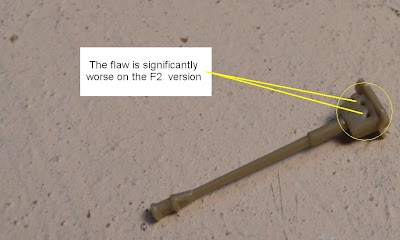 That bit of unpleasantness aside these are absolutely the best PZ IV models that I have seen any time recently. The design and assembly is very good, parts fit is excellent and the detail crisp. There are instructions that are better than the ones provided in the T-34, but not by much. One nice touch is that pictures of the sprues are presented with the parts for each version highlighted in color, I am not sure if there really is a difference in the commander's cupola and there is no indication in the assembly instruction as to where the late model muffler part is supposed to be attached. I trust one of our better-informed readers will be able to enlighten us. 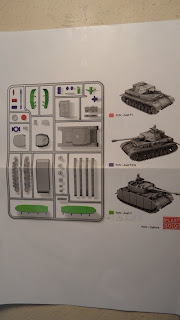 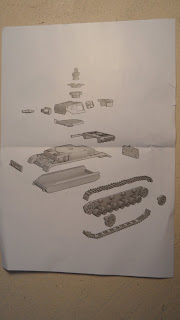 Just like the T-34 model the tracks are designed to have a realistic sag in the top run of the track and there is a definite front and rear to the track as it fits onto the bogie assembly, so test fit before you glue! Detail is very good and parts-fit is superb.﻿ 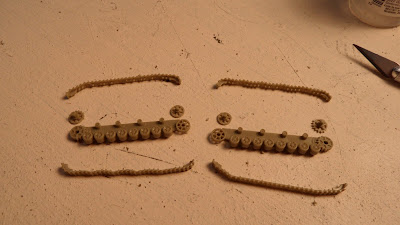 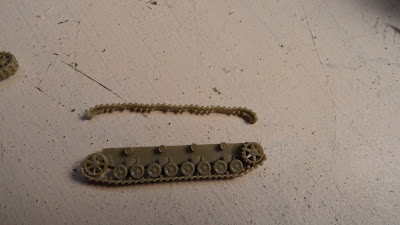 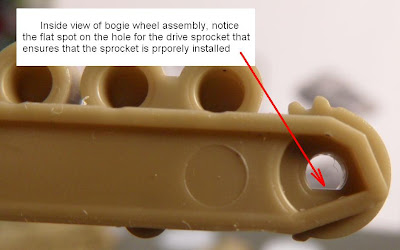 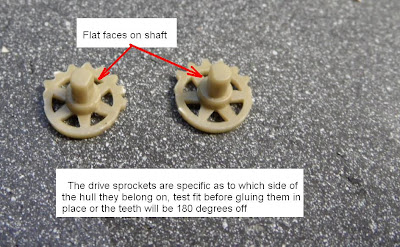 The hull consists of five parts, the upper and lower hull, the glacis plate, the engine deck and the rear plate. These fit together like a dream, an interesting bit is that the engine deck also has the tray for the radio-mast attached to it, one less tiny part to have to assemble, a great idea. 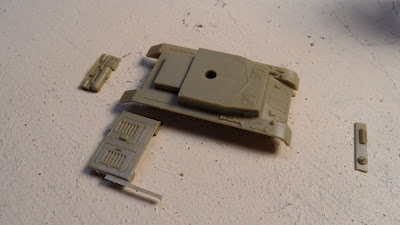 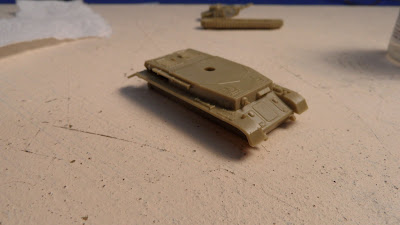 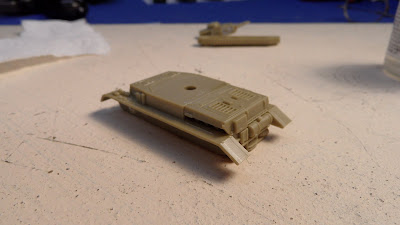 The track assemblies fit tightly to the hull; 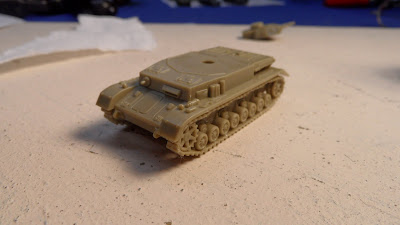 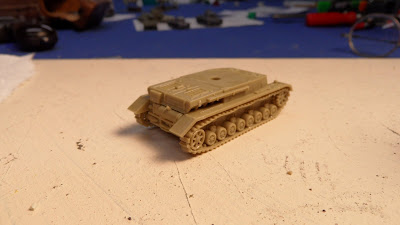 Now on to the turret assembly, like the rest of the model these pieces went together readily and, other than the minor mold-flaw issue, were flawless.

The f1 turret was the first one that I assembled; 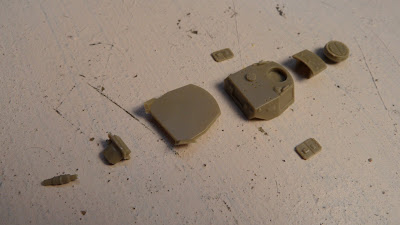 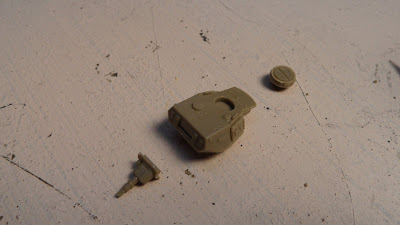 And the f2 and g turret were next (these are the same until the addition of the skirting). The commander figure is particularly nice, in the classic pose holding the edges of the hatches as he scans the horizon. 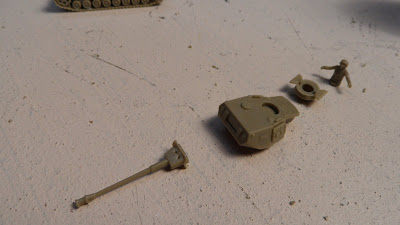 I built one hull as an f2 model with the extra road wheels hung on the rear corners of the hull and no skirts. 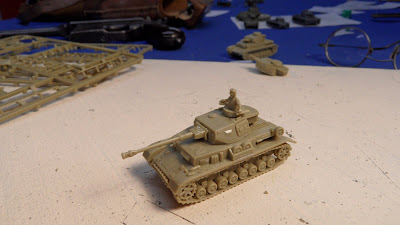 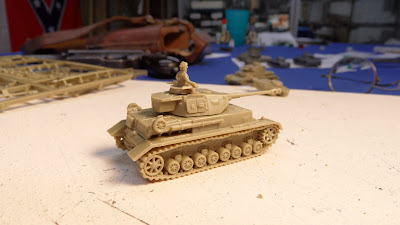 The skirting on this model is particularly well considered (having built the Battlefont Models PZIVg with schurtzen just about anything would seem easy), it is cast as one piece except for the turret skirt which is in two parts. On the hull panels there is a line molded into the inner face that aligns with the edge of the fender, the tip of the X-Acto knife is pointing at it in the picture below; 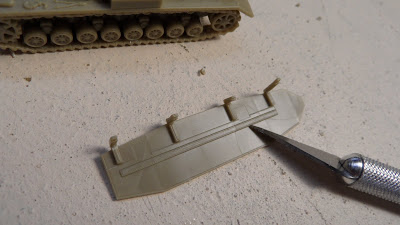 When attaching the side-panels you only need to worry about getting the front edge of the skirt aligned with the bend in the fender to ensure that it is properly placed, I used liquid plastic glue to allow a little wiggle room before it set. Attaching the turret skirts was just as easy, inside the panels there are posts that hold the skirt away from the turret at the rear (one either side of the turret bustle) and on both sides (just forward of the escape hatch). I would suggest that you test-fit these before gluing as it is a bit tricky. The upper brackets hold the skirt away at the right distance. 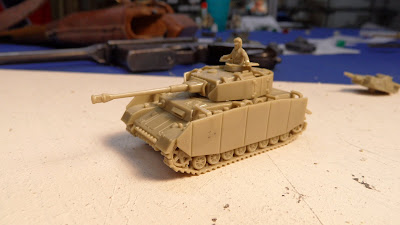 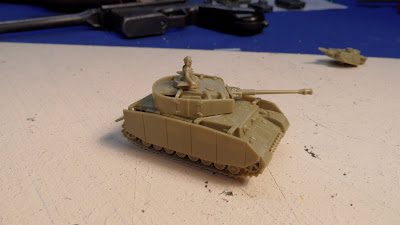 All-in-all these are very good models at an excellent price, The left over and extra parts (jerry-cans, track bits and skirting and road-wheels) will go into the parts bin to upgrade some of my older PZ IV models, which is a definite plus.