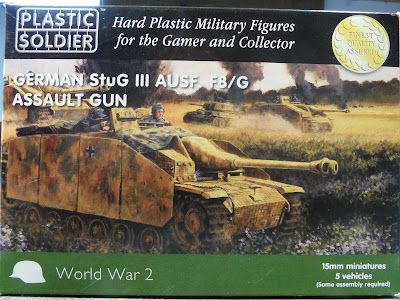 Having completed the F/8 I turned my attention to the next version represented by the PSC kit, the Stug IIIg early version. I will forgo the track assembly as you can find it here in my earlier note on the F/8.  In all the kit went together easily and cleanly, parts fit was exemplary with all parts cleanly cast and no trace of warping. 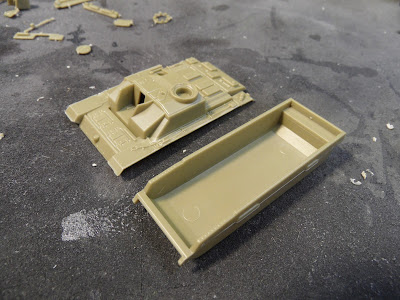 I decided to try joining the upper and lower hulls as a first step,
this worked fine and made handling the tiny model a little easier 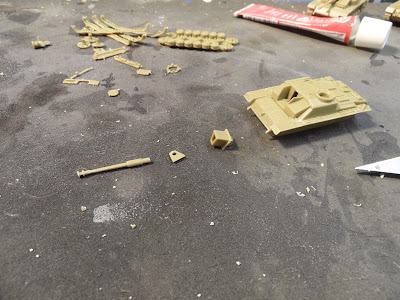 next step was mounting the main gun,
the multi-part assembly avoided the shrinkage problems seen in the Panzer IV kit 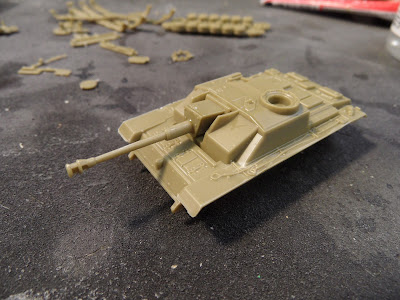 the gun fit tightly into the hull, you probably don't need to glue it, I did,
I guess that I am a "glass half empty" sort of guy 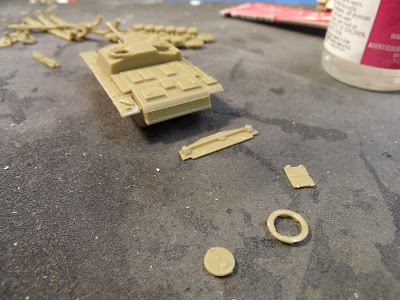 the superstructure rear and the hatches,
you need to install the rear panel to ensure that the rectangular hatch will fit properly 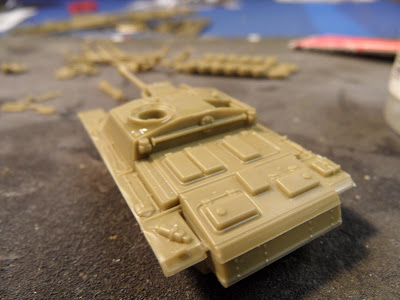 the superstructure rear panel in place 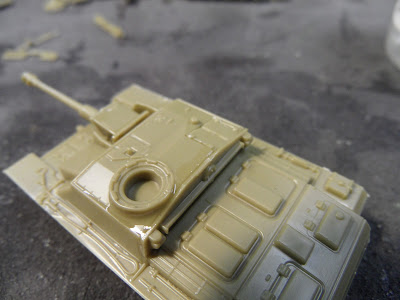 the rectangular hatch in place,
the instructions were less than helpful regarding if this is the correct hatch,
or if it was installed properly (Wikipedia saved me again, I think) 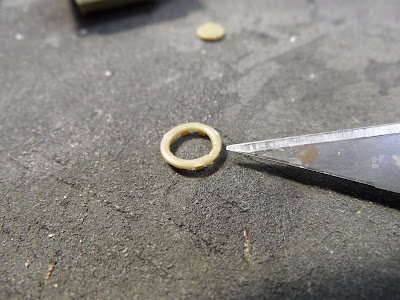 it is difficult to see in the photo but there is a tiny depression in the cupola ring,
this should face the rear 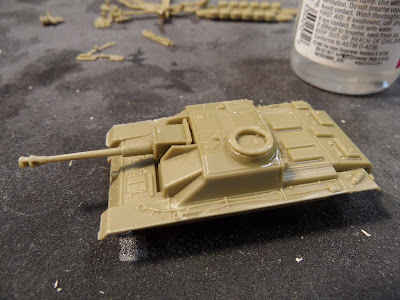 gun mounted and hatches on 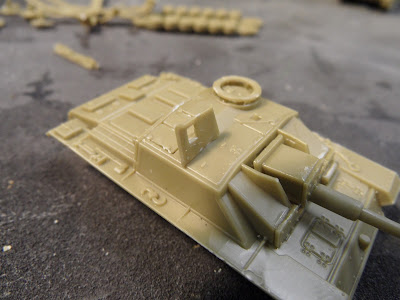 the next step was the shield for the LMG,
I used tube cement for this as it would hold the part in place as it set 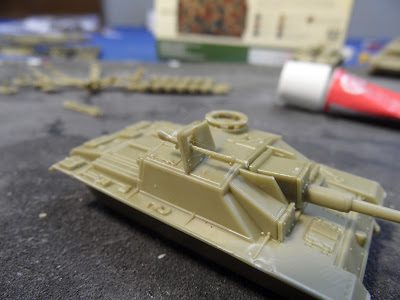 the LMG mounted in the shield, it is a very well-done gun 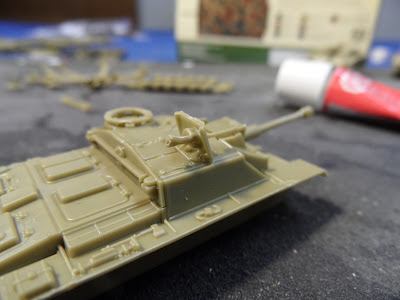 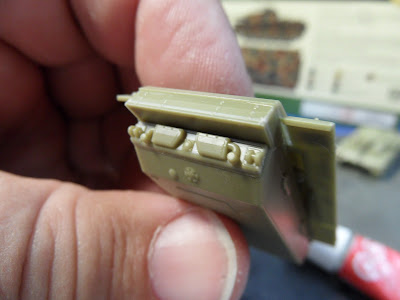 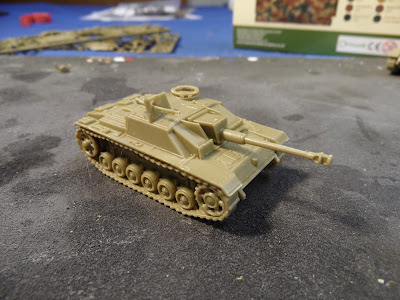 general views of the finished model 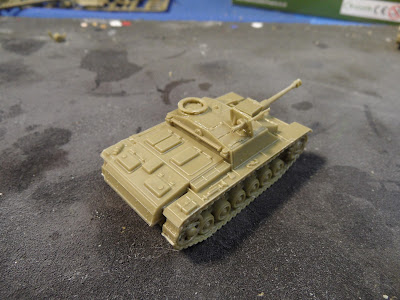 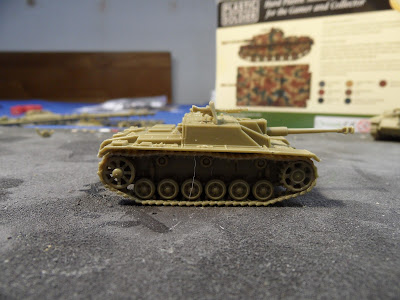 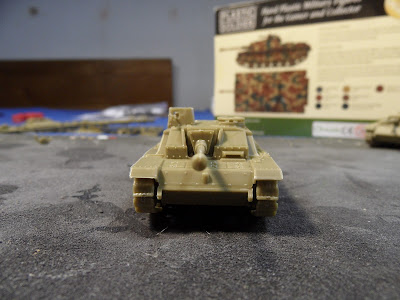 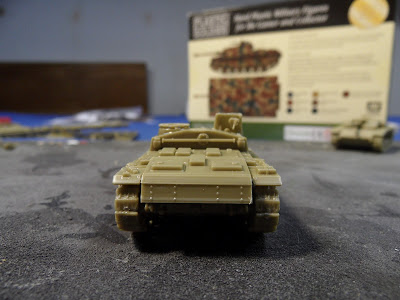 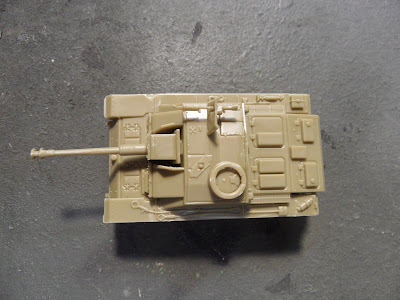 Another sharp kit from PSC, this really is pushing the edge of wargaming models right up to the edge of fine-scale modeling and at gaming model prices (actually these are cheaper than most lead/resin kits).
The instructions were nearly worthless but I already did that rant in the last post so I will drop it now.