I first encountered Fort Matazas many years ago and have been fascinated by it ever since. It is a lonely little outpost that guarded the bay entrance to Saint Augustine  in the days of the Spanish rule. The town had been attacked by this back channel one prior occasions and the earlier wooden watch-towers had either decayed of burned down (cue the Scottish Lord from "Monty Python's Search for the Holy Grail"), Needless to say this became both tiresome and hazardous so the Spanish Crown dug up the cash and built something a bit more durable. You can get the full story here from very informative the National Park Service's website. You can also get even more information about the Spanish Empire in Florida from the NPS website for the Castillo de San Marcos, well worth the time both of them! 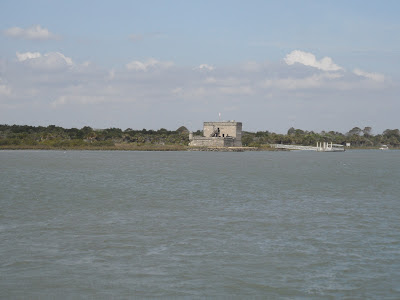 a truly lonely outpost, even to this day 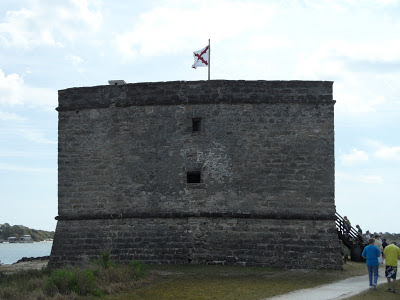 the north face of the fort 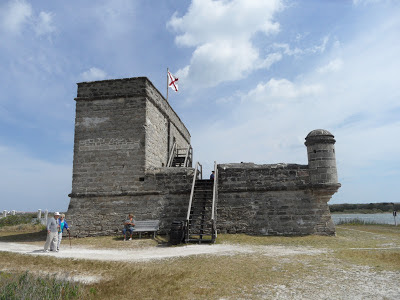 the western face,
during colonial time there was a ladder where the stairway is now 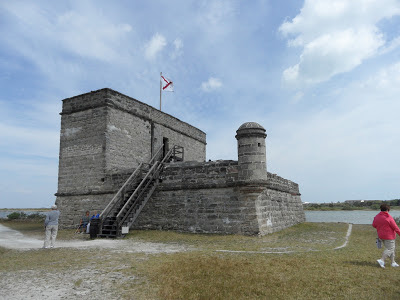 a view from the southwest 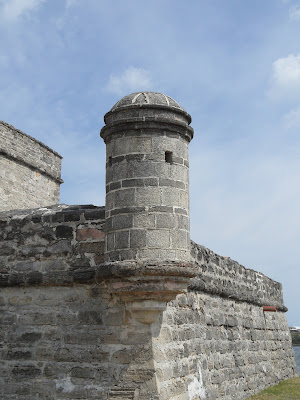 a close-up of the lookout tower 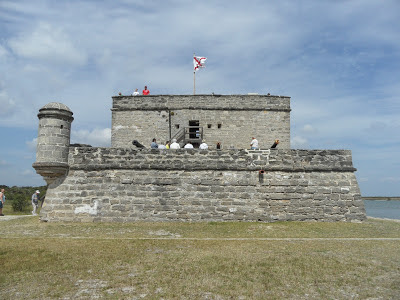 the south face,
during colonial times this was not such a grim edifice,
the Spanish covered the fort in white stucco and painted the trim in brilliant red 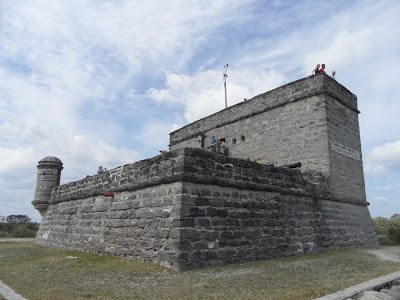 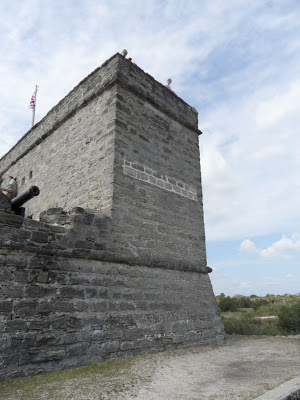 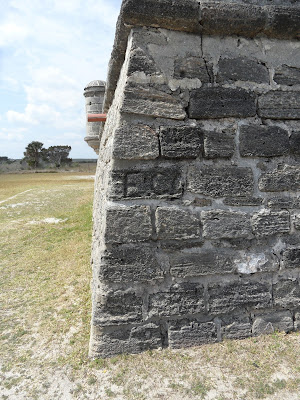 a closer view of the stonework 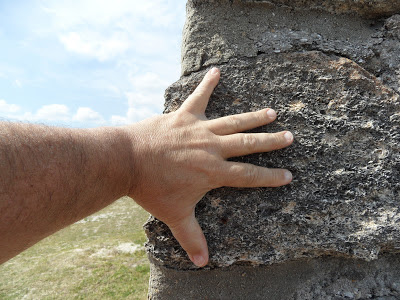 to get a sense of scale this is the stone six from the bottom in the picture above,
it is about nine inches across 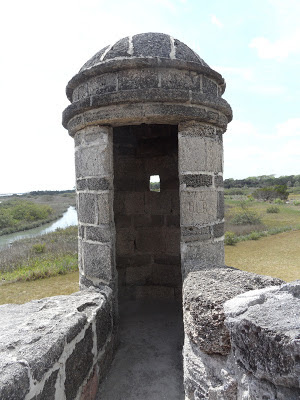 the lookout tower from the inside 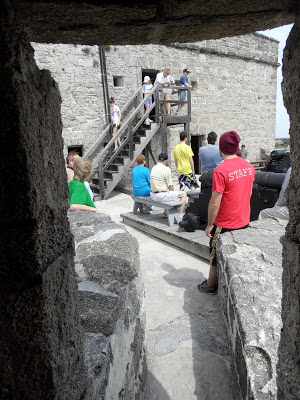 the view from inside the tower doorway 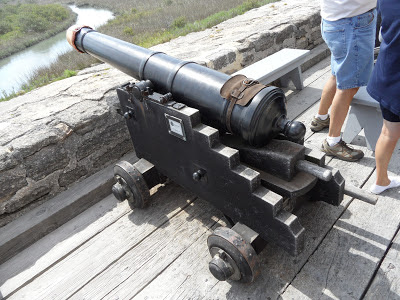 one of the cannon on the south face,
the ramparts are rather low to allow the guns to fire over them 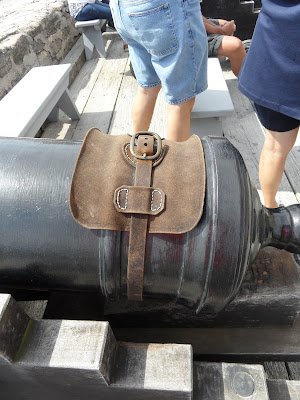 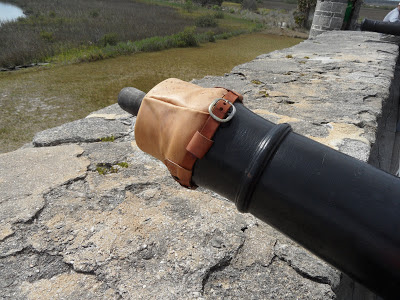 and equally impressive bit of leather-work protected the muzzle 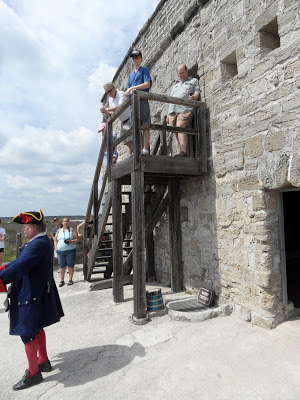 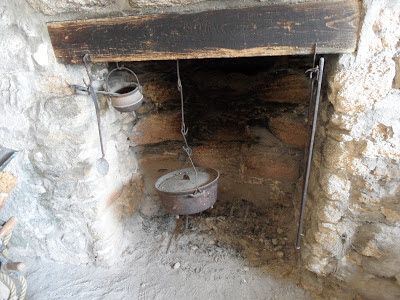 the rather simple cooking arrangements (it also functioned as a heater) 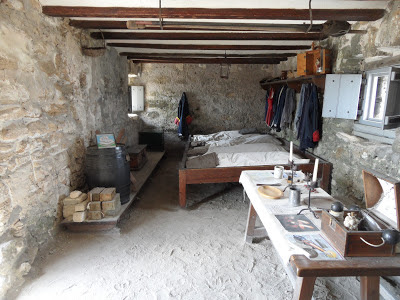 the barracks (from the point of view of the fireplace) 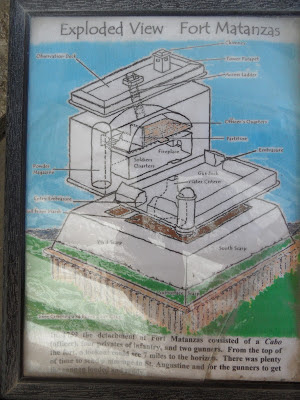 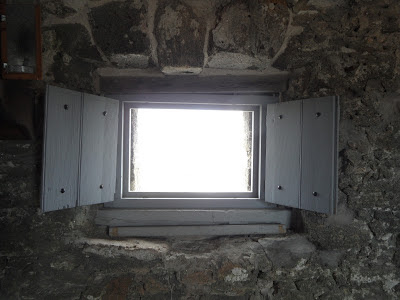 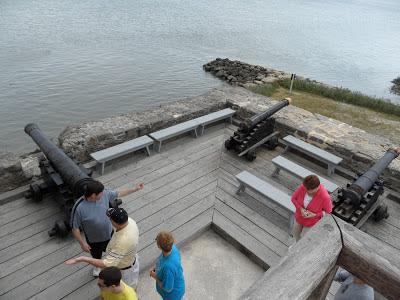 a view of the gun deck from the barracks doorway 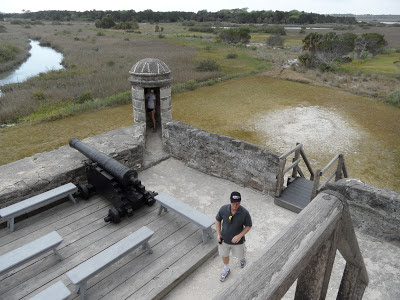 the other half of the deck including the lookout tower 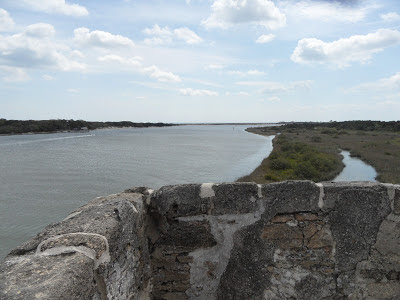 a shot of the desolate countryside,
looking south along the inlet from the top of the tower 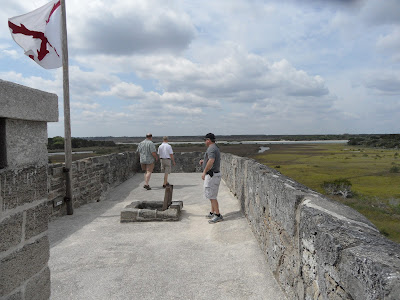 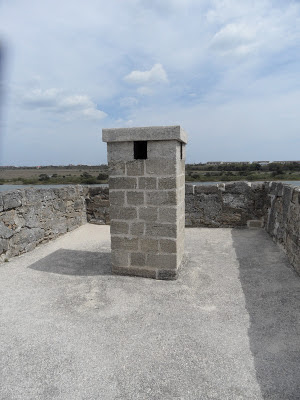 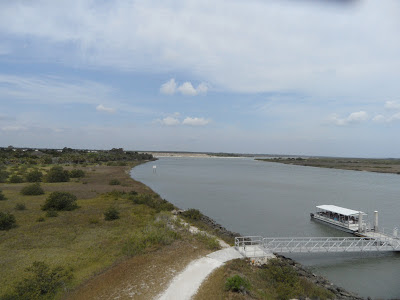 this time looking north,
passing ships or boats would be under the fire of the fort's guns
for a long time as they navigated the narrow shallow waters of the inlet

Anybody interested in more details I have a much larger selection of photos taken during over a dozen trips to this fort through the years. Just leave a note in the comments section or e mail me at daftrica89 at yahoo with the title being "Matanzas" and I can send them to you. If you would like to check out other forts that I have had the opportunity to visit take a look at the Fortified Places tab of my blog.
Posted by Anton Ryzbak at 12:24 AM