A couple of weeks ago, to mark Dan A's return from the Army, Rich Uncle Pat ran a Rock the Casbah game at his place. The scenario was an Israeli penetration into a PLO controlled area in Lebanon. Each side had specific, and potentially asymmetric, objectives as well as very different forces and capabilities. This promised to be an interesting game. 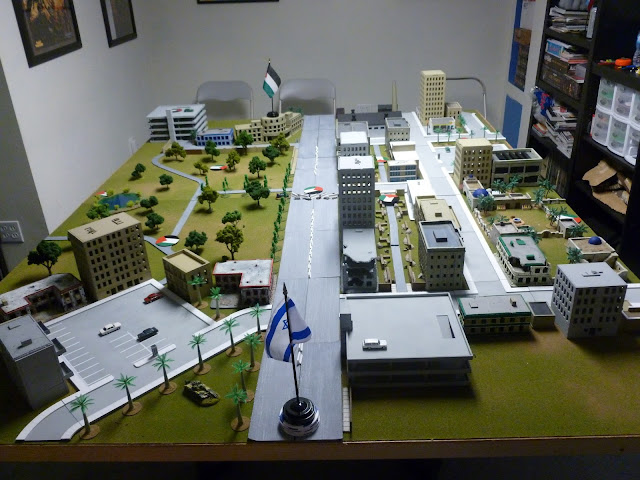 the table,
Rich Uncle Pat (R.U.P. henceforth) does a lavishly impressive spread!
I particularly liked the the national flags at either end,
it reminded me of those old movies that featured a map-board to show the viewer the situation 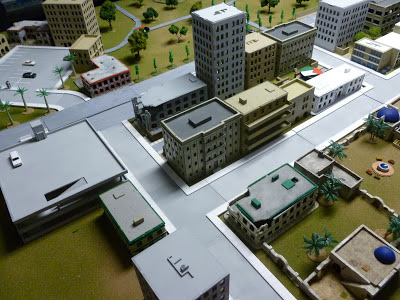 the downtown district was packed with buildings, and likely ambush points 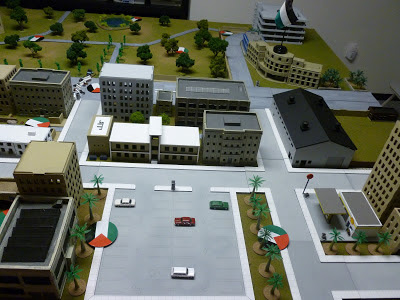 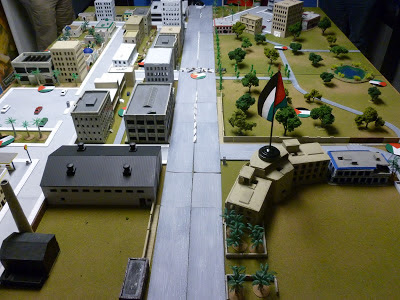 the table from the other end, the large park on the right is soft/swampy ground 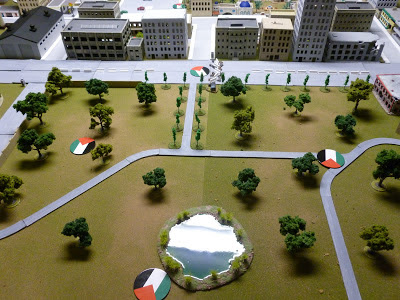 this area is a park, there are trees but little underbrush,
it does not significantly block line of sight/fire 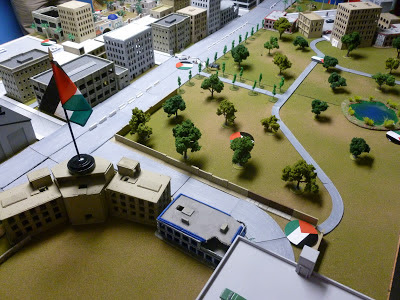 some pretty decent fields of fire,
too bad there weren't many heavy weapons to make use of them on the PLO side 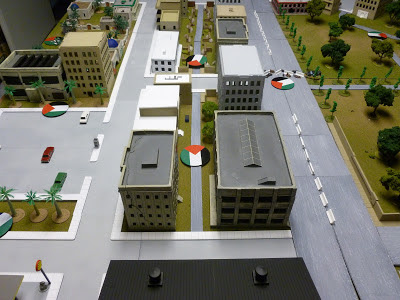 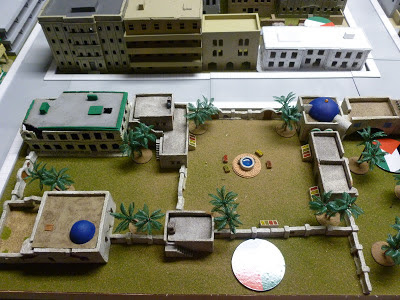 an older neighborhood , tons of cover and concealed movement pathways 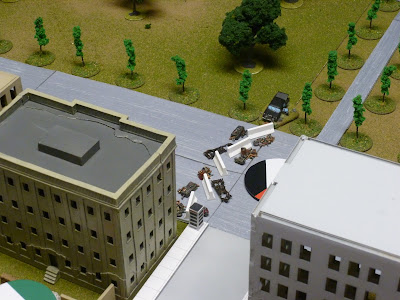 the PLO had built a sturdy tank-proof barrier across the highway
to force the IDF forces to use longer, more dangerous routes 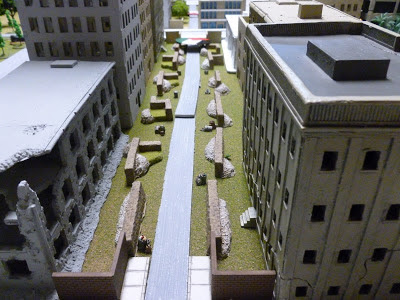 like this one! an alley,
please notice the R.U.P. has added trash-cans to the scene! 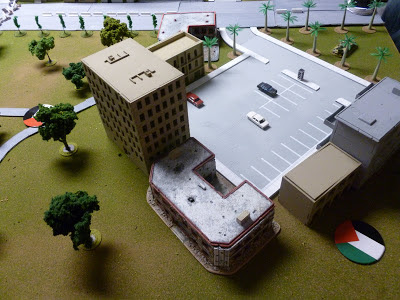 a hospital complex occupied one end of the park, a bit of a problem for the IDF as they had to respect it until they took fire for the area, the PLO of course had no such issues

A couple of notes on the next section; at times you will see troops (or a blind) standing on top of a building with a small brown die next to them. This is because some of the buildings do not have internal floors (yet) and the die indicates which floor the troops occupy, Having tried off-table book-keeping of hidden troop locations I can tell you this is a much quicker and more elegant, method. Also some of the PLO assets were in buildings and on blinds, this creates a "double-blind" situation where even the blind is removed, effectively making the troops invisible.
Posted by Anton Ryzbak at 12:12 PM