I had an hour or so free after I got home from work today and found that The Housemartin had dropped off the promised matte board. This allowed me to start on the interior units of the fort. I want the model to be used over and over again without it becoming stale. I intend to make most of the interior structures as independent  units so that they can be re-arranged at will. 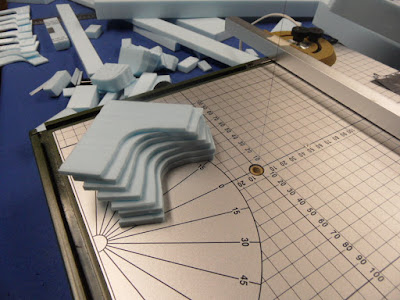 the Proxxon hot wire cutter makes it easy to produce a lot of identical parts,
these are walls to divide the bays of a stable 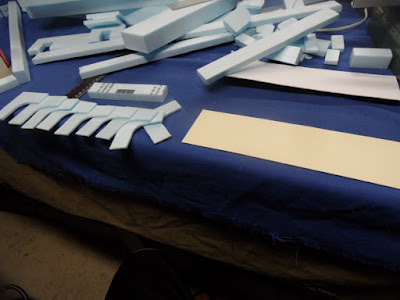 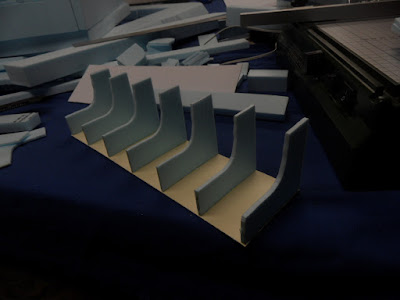 and glued the bays in place 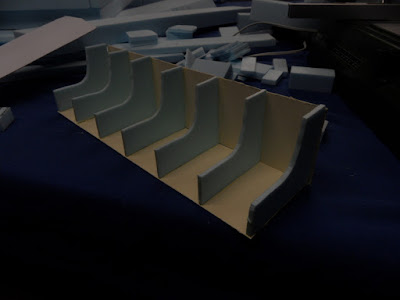 I cut and fitted a back wall
(at this point it occurred to me that if I planned things a bit better
I could have cut the floor, back, and roof from one sheet and just folded them.....hindsight) 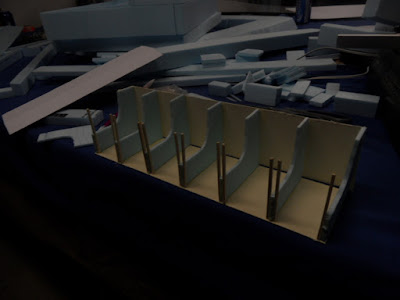 and then installed the uprights to hold up the rood overhang
...this was very fiddly! 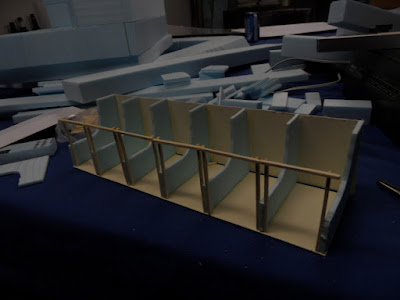 the top rail was a bit easier 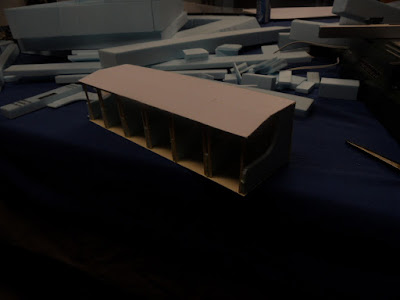 then I added the roof,
the level part is a portion of the wall-walk for the guards 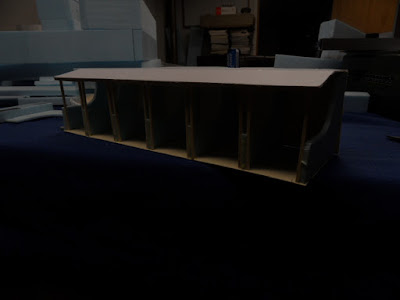 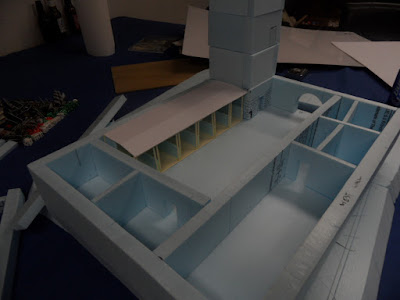 the stables positioned roughly in place 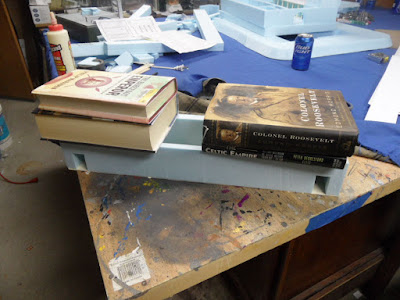 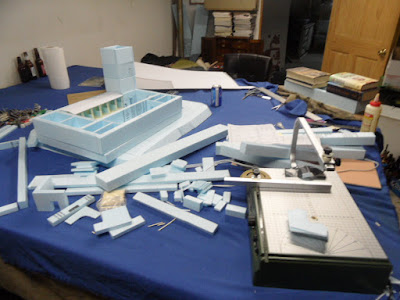 the  work-space gets a little chaotic at times 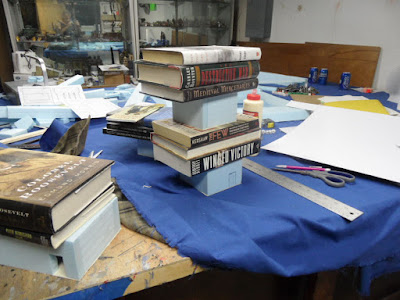 I cut floors for the tower sections as well
the power of knowledge + the force of gravity, can't be argued with!