I will readily admit that tiling the floor of Fort Matanzas was an exercise in vanity. As I was working on the Fantasy fort it occurred to me that as D&D is played on a squared surface and that it  would greatly ease play if the level surfaces were demarcated in squares. Looking at the model I realized that I should have marked out the squares before I started building things, ah, hindsight! The answer to this was to cut a zillion square tiles and stick them down on any surface that figures might be placed on. A somewhat tedious answer, but an effective one all the same. So I fired uo the Proxxon hot wire cutter and got to work. In a very short time I had mounds of tiles ready to go. My schedule kept me from tidyiong up the workspace and then Justice and Rule dropped by to set up his Star Wars game. In his usual efficient style he organized the stock items I had cut and added a whimsical touch of his own, see beow; 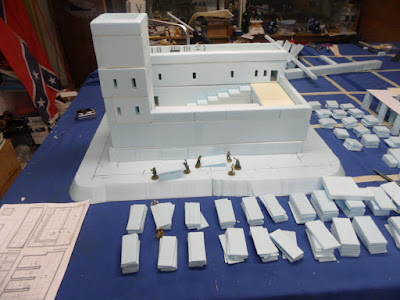 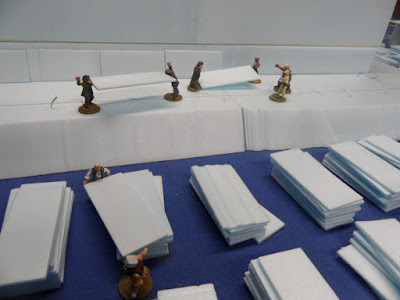 hardy Santa's Elves but they seem to be working pretty hard,
I think I will keep them on staff 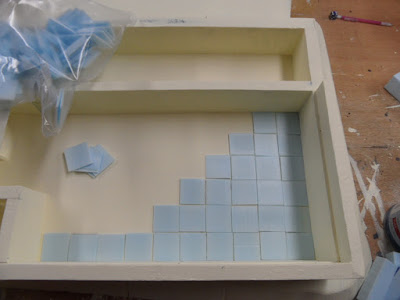 I started in the courtyard,
this sort of reminded me of the parquet floor I hand-laid in my old house (shudder!) 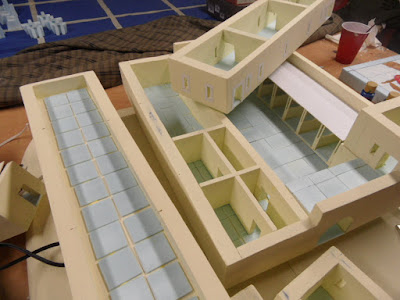 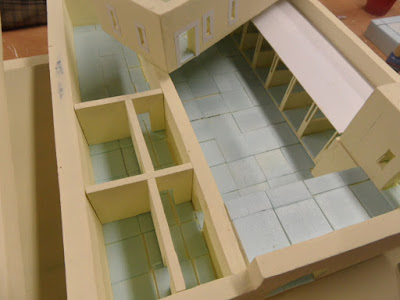 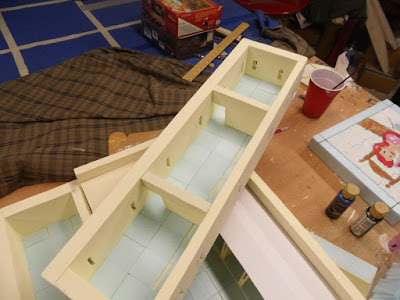 the Long Barracks got tiled too,
no question of where your figure is or how far they can move/see/shoot 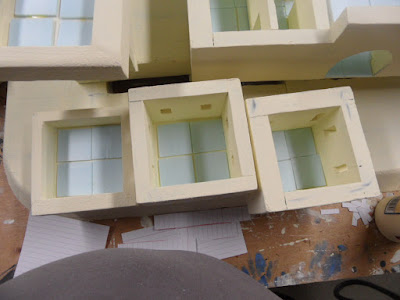 just to be complete I tiled the tower sections as well


If you look closely you can see that I started adding framing around the windows, that will be the subject of another note later on, it just looked too plain with those vast blank walls. These are simply cut from thin strips of index card and glued on. I might just do ashlars on the corners as well.
Posted by Anton Ryzbak at 11:21 PM