A Funny Thing Happened on the Way to the Forum...

The Housemartin has long played upon my gadfly attention span to goad me into projects for him. His latest triumph was to talk up a set of Roman Chariot Racing rules and get me interested. I should have seen the other shoe waiting to drop........ nobody makes 28mm charioteers (or so I've been told). Could I be so kind as to suggest a source? He knows very well my enthusiasm for plastic figures and is also well aware of the vast pile of the same in my "toy room". Of course I suggested that it would be a simple thing to build some out of the many Classical period figures that I have, and he only needed eight of them (all different; if you can).

Well I spent an hour after work knocking these little fellows together out of some Wargame Factory boxes I had lying about. 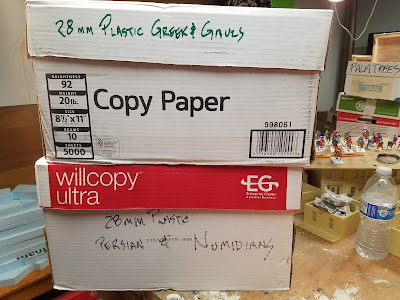 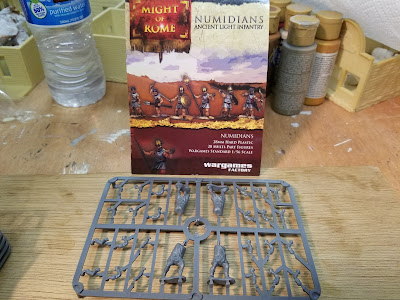 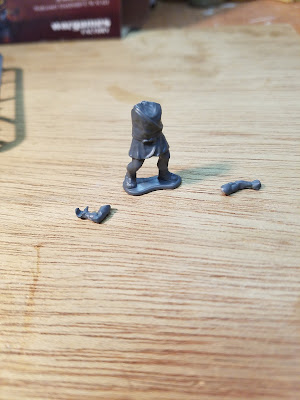 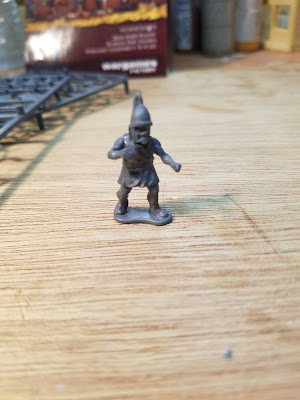 and "Boom" a charioteer 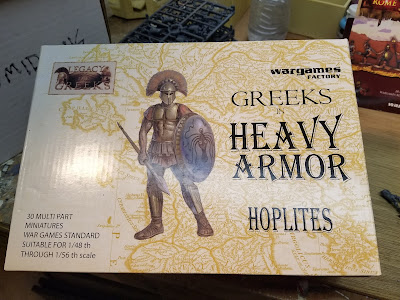 but some mosaics show charioteers with armor, you say?
enter the Wargames Factory Heavy Hoplite box 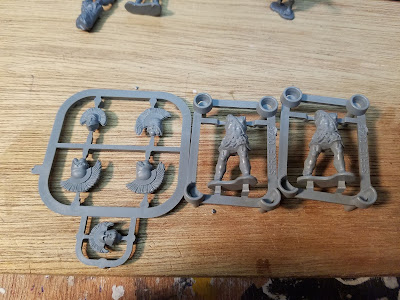 they certainly look heroic, and they have cool helmets 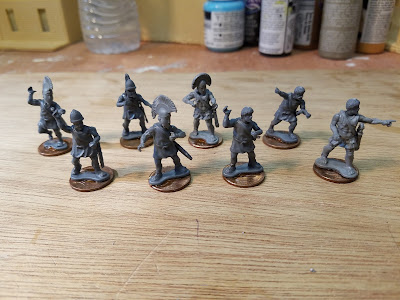 a little more kit-bashing and I had these,
I like the egotistical sod on the right ,
he is the pretty-boy everybody loves to hate