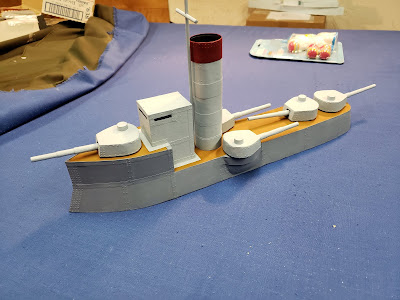 yeah, that's what I was talking about!

Having decided what I am going to present at Spartacon2019 I realized that I needed to add to my Predreadnought Fleets. The French have been on the losing end of more games than the Prussians so I decided that they would get the first of the reinforcements. There was a spare model from my most recent boat giveaway so I figured I would start with that one. 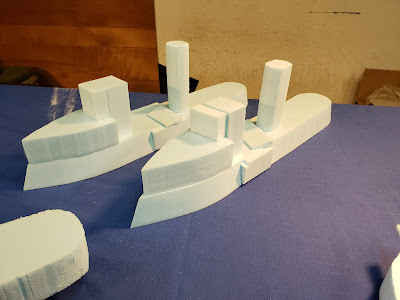 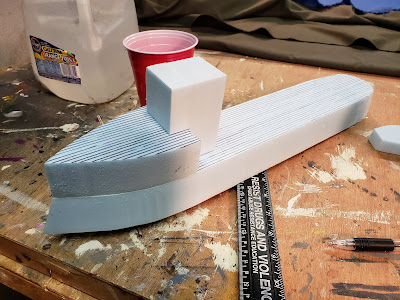 a little sandpaper work (thanks Mr. 60 Grit!) tidied up the look 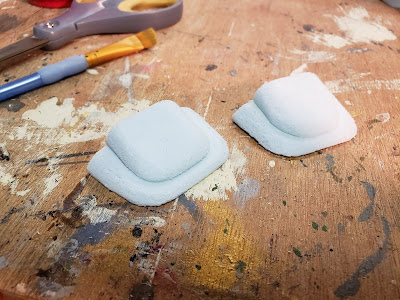 building the sponsons was a bit of trouble,
I tapered the smaller part wrong and nearly wrecked it 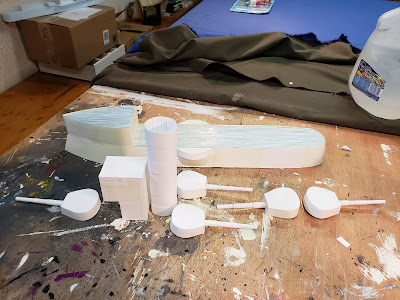 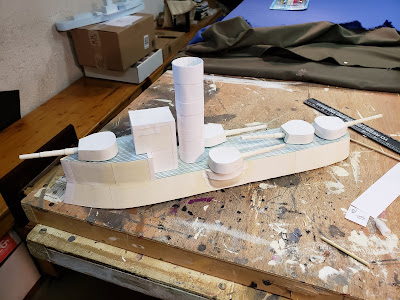 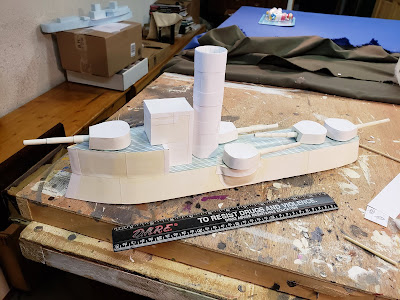 even with the huge space that Spartacon provides size is a consideration
so I try to keep thing manageable (I have to store these things too!) 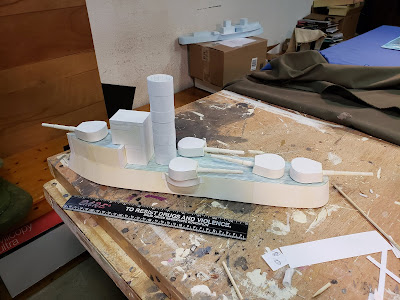 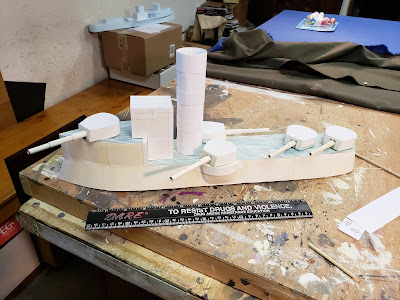 four guns in almost any direction 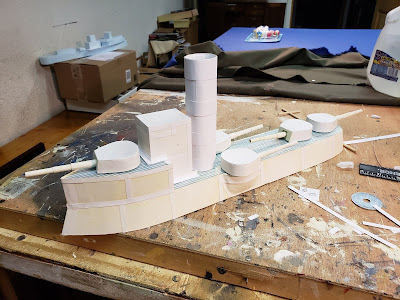 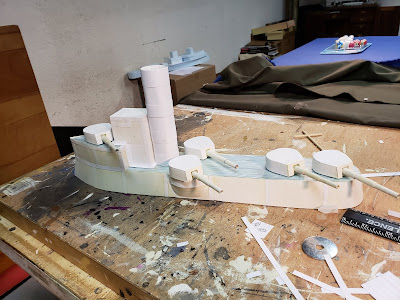 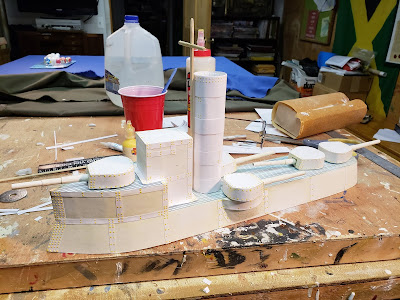 satisfied with the model I added rivets 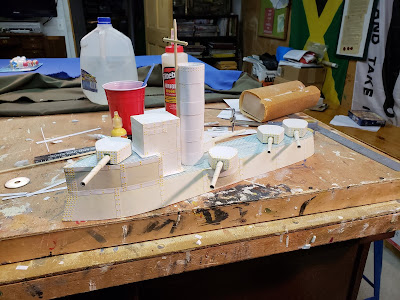 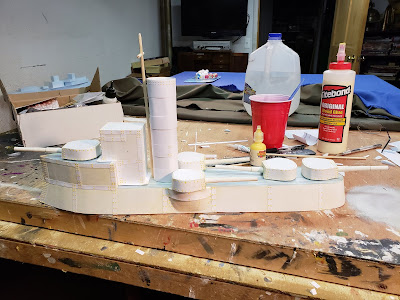 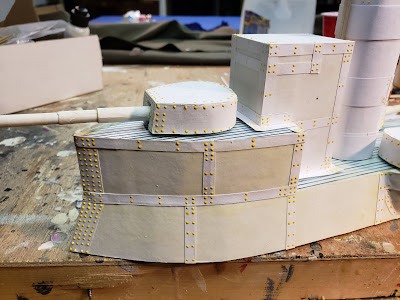 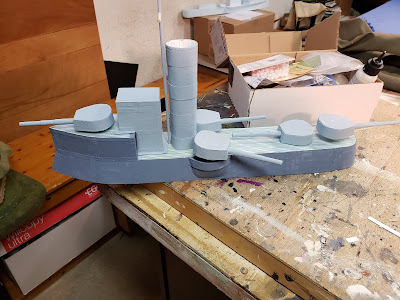 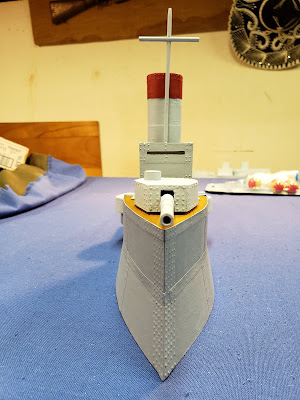 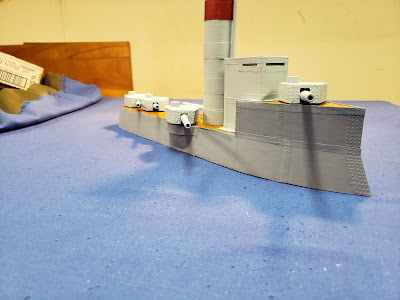 four guns can bear on the forward quarter 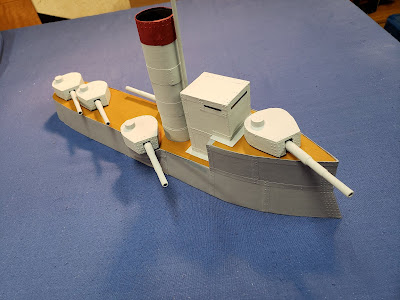 she still needs ventilators and a life boat 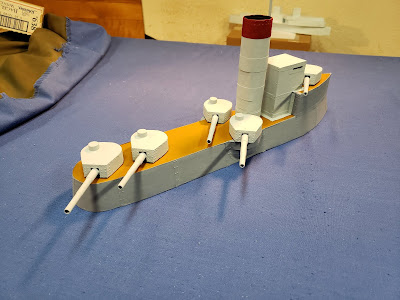 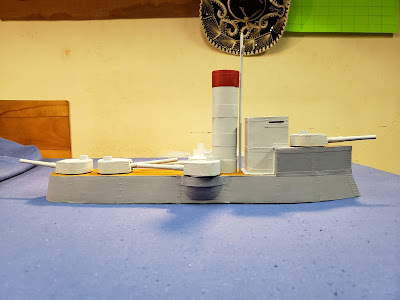 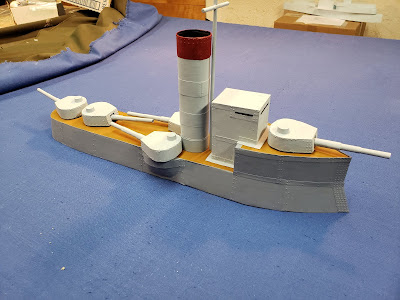 a high-speed hunter she carries no secondary guns
torpedo boats can't catch her, or survive near her

This model follows the same techniques that I used building the other ships listed in Adventures in Blueboard and Foamcore shown above in the tabs so I won't bore everybody with the build details. Any questions feel free to ask in the comments section.
Posted by Anton Ryzbak at 6:59 AM