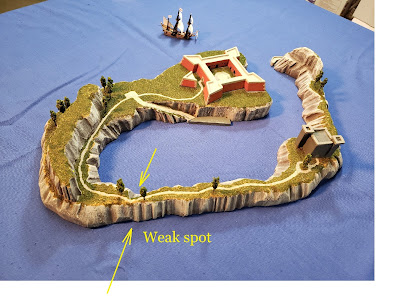 While handling the model of the island of Pinatella I noticed that the latex wallboard compound was flaking off in one particular spot. The flaking wasn't a big surprise as the compound sometimes doesn't want to stick to the blueboard. What concerned me was that it was also the narrowest spot in the circumference of the model and thus the weakest and most subject to flexing during handling. Not wishing to have to return to this project as a repair job at some later date I decided to place the model on a base.
A quick trip to Hobby Lobby secured a large sheet of matte board in a color that very closely matched the sheets that I use as my ocean terrain. I also located a flat-screen TV box that was large enough to accept the model and the base to ease handling and storage. I cut the sheet of matte board a half-inch smaller than the interior of the box and secured the model to the base using Titebond wood glue. 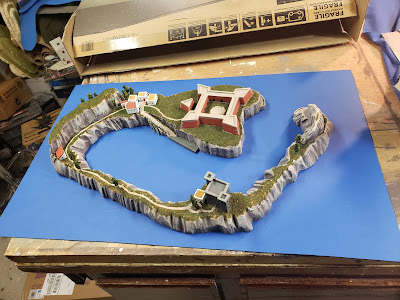 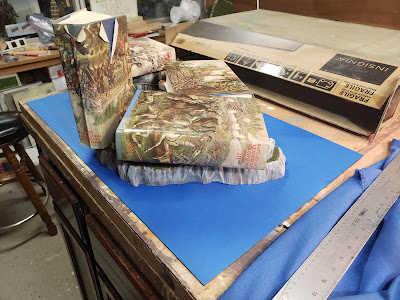 to avoid warping or curling I loaded the top of the model
with a few weighty tomes, it is hard to argue with gravity

Now I'm stuck with adding waves and such to the base (mostly to hide the joint between the model and the base. I might just use the left over board to make bases for the sailing ships 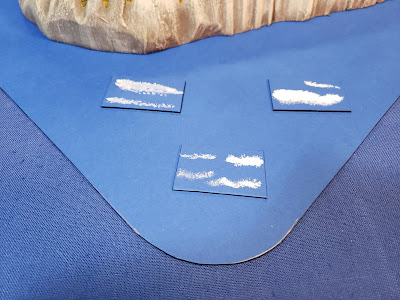 testing out waves on bits of scrap 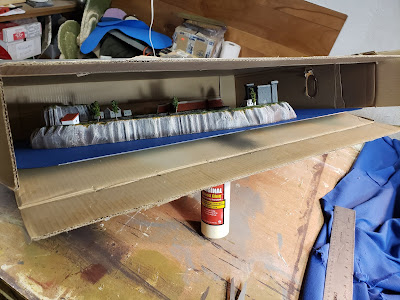 the island and its base snugly tucked into the box 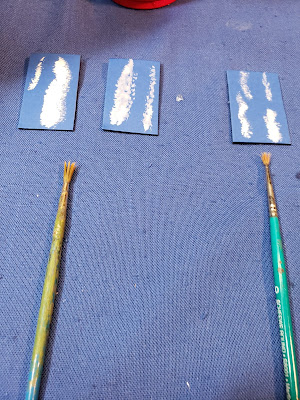 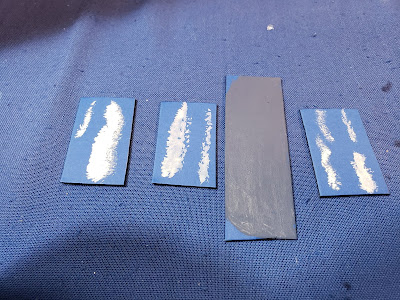 then I painted an entire piece to check for curling 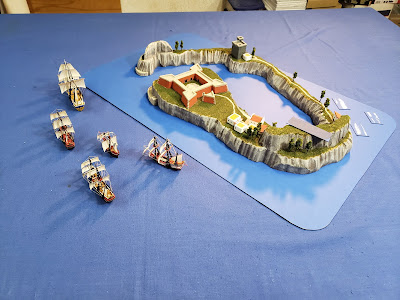 in person the blues match even better 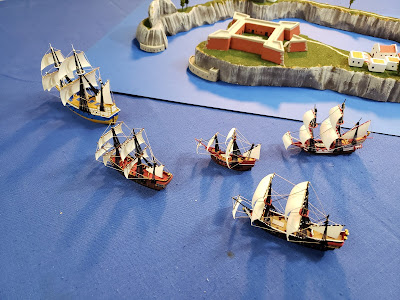 I have managed to get five ships rigged so far 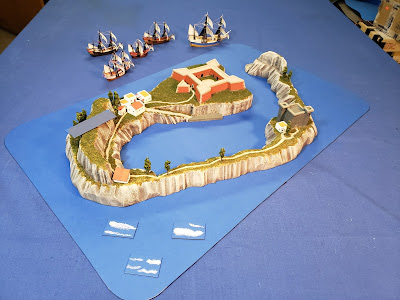 not really happy with those waves....this requires more thought 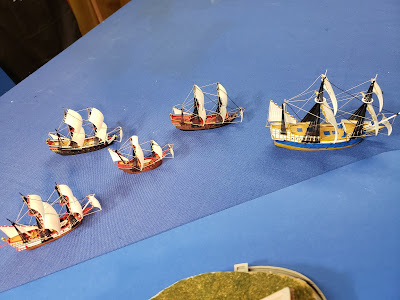 the little boats are the worst, the same amount of rigging, a fraction of the space 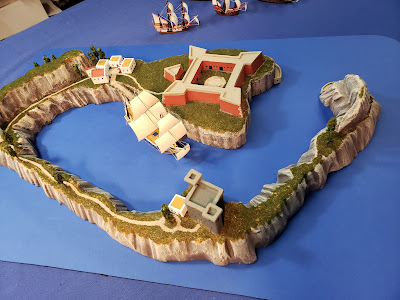 a galleon at the dock 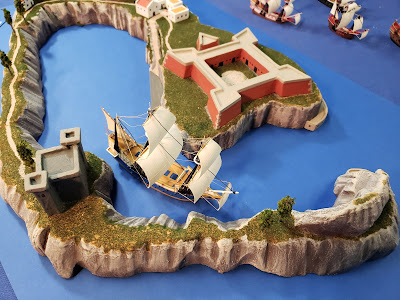 looks like no country for fat boats,
I have to scratchbuild some longboats for towing