Finally someone has done Austrians in my favorite uniform, the 1798 regulation with the classically inspired helmet. As with several of their recent releases HaT has provided a box of Command, a box of soldiers marching, a box of soldiers "in action" and then a sampler set with one sprue of each type in it.

The sampler pack is a great way to get the figures and be sure that they are compatible with your other models plus it gives you a good look at what to expect from each box. All four sets are cast in a firm but still flexible yellow plastic that reflects the detail very well. There is a small amount of flash on some of the figures that will need cleaning with a fresh razor-knife.

All of these sets are cast in the same type of plastic and have an equal level of detail (which is very good), style and anatomical accuracy so my comments apply equally across the range. 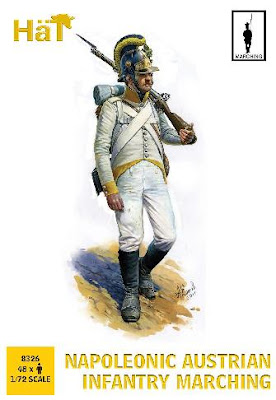 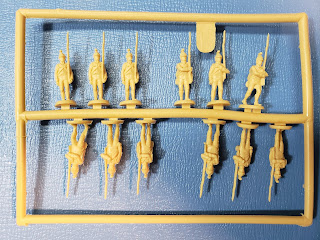 sprue side A, a nice variety of poses
I very much prefer marching poses because the minis are less likely to become damaged and,
let's be honest here, soldiers spent a LOT more time marching than they did actively fighting 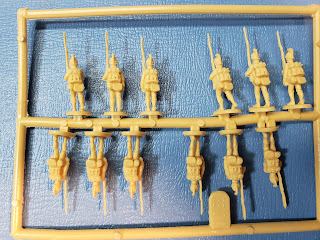 sprue side B
the figures anatomy is good, the poses are natural
and sufficiently different that the models don't look like robots 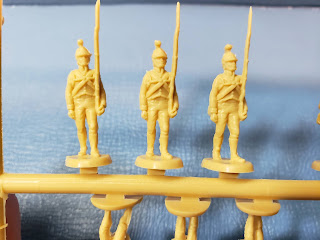 close-up of the detail, the designer of the minis was kind enough to obscure the turnbacks on the coats by carefully positioning the absentee and cartridge-box so as to hide the coat-tails, thus saving the time and trouble of painting the facing-color on the turnback 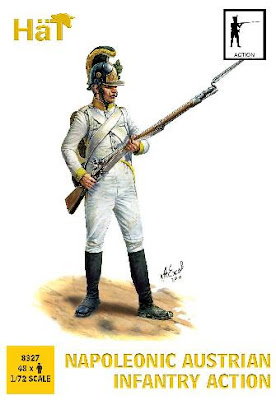 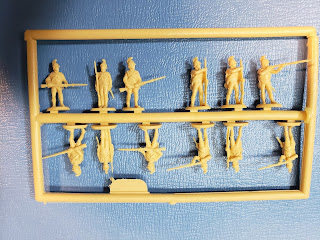 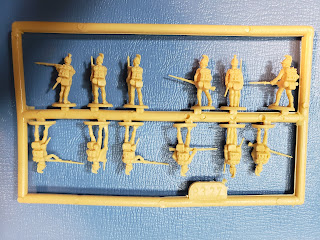 all of the figures in this series can be used as either "German" regiments or "Hungarian" regiments,
the only difference being the pointed cuffs on the Hungarian units
(which can easily enough be painted into existence) 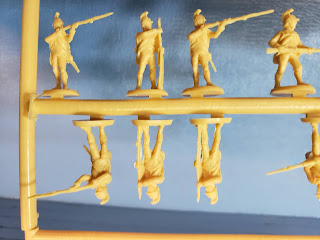 the minis exhibit a nice depth,
you don't see the "flatness" that sometimes appears in plastic figures
and the heads, hands and features are all properly in scale 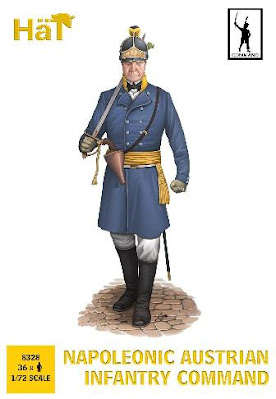 more of that outstanding artwork,
officers would also wear the white jacket just like the troops 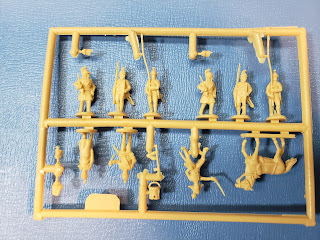 side A,
the poses are realistic and can be used with any
of the other sets without looking incongruous 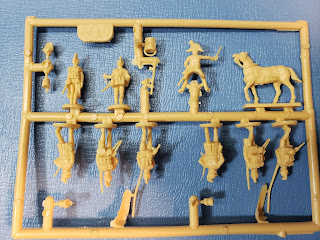 of particular interest is the spare heads for other units,
I also like that they included the sapper figure with his axe 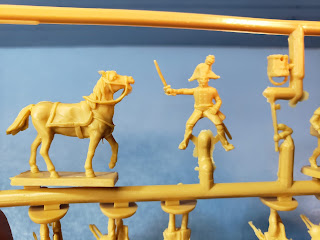 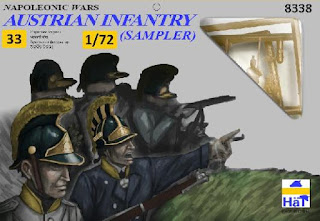 the sampler box contains one of each of the reviewed sprues
Posted by Anton Ryzbak at 1:47 PM