Fresh from Victrix is the Austrian Landwehr, this completes their issue of 28mm Austrian infantry (I can only hope they do the artillery and cavalry in plastic as well). Crisply cast in a peculiar buff plastic you will get two sprues of command and seven of line troopers in each box.﻿ I grabbed these from Michigan Toy Soldier as soon as I spotted them ( I have plans for running a 28mm skirmish game set in the Tyrol and these will be the basis for my Tyrolean militia). 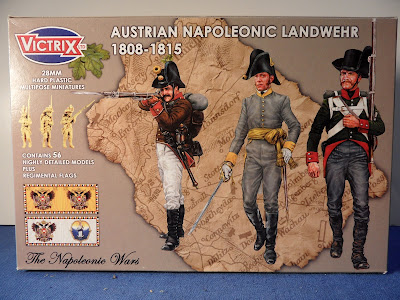 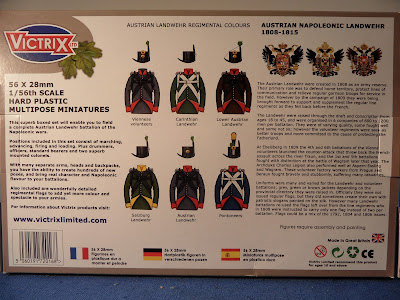 the back, some uniform ideas 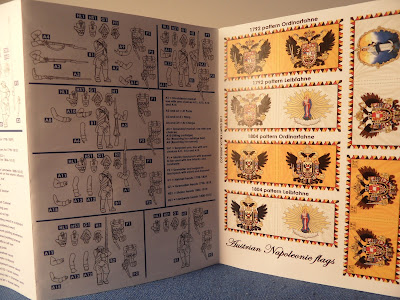 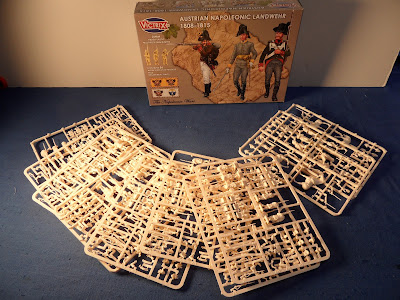 the contents of the box 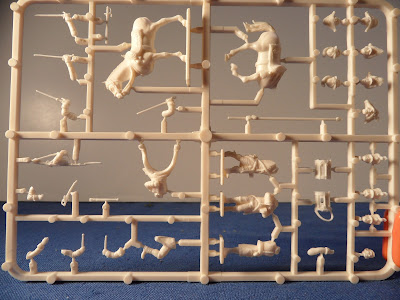 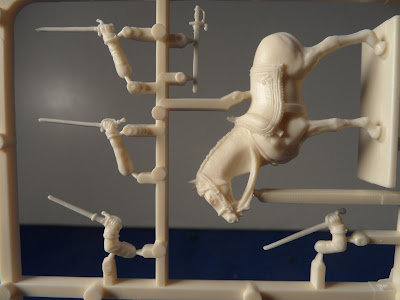 a closer look at the horse and the sword arms 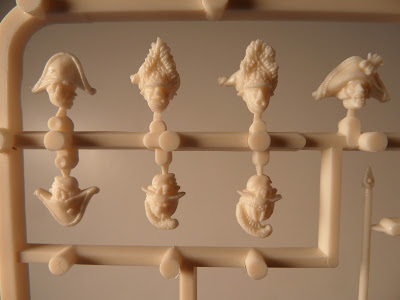 at least one kiind of every hat worn by the Austrian army during the Napoleonic Wars!
the faces aren't bad either 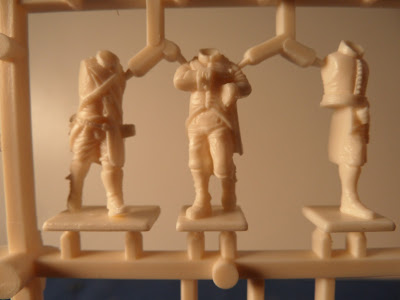 I am not a big fan of the separate leg,
it leads to joint lines in areas that are difficult to putty and sand 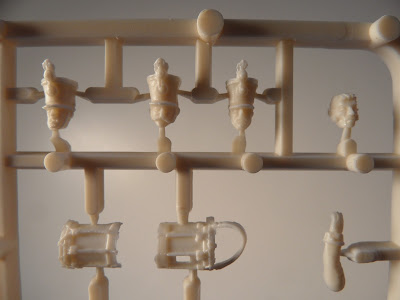 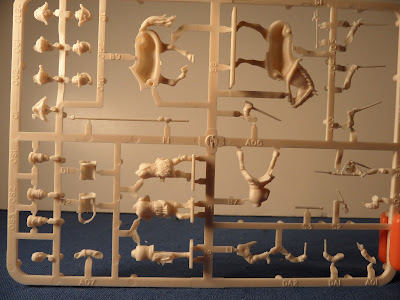 command sprue side B 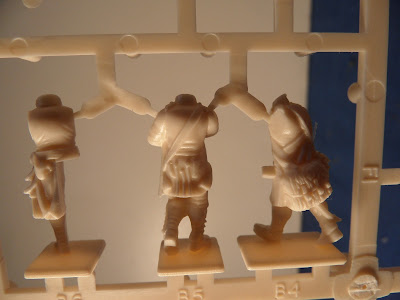 the backs of the foot command figures 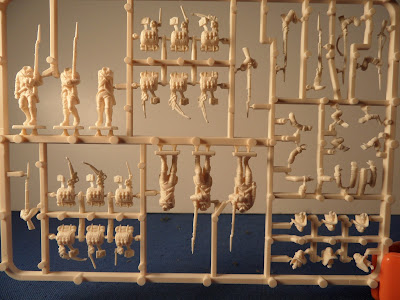 soldier sprue side A 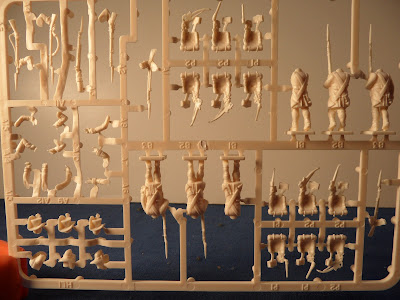 soldier sprue side B 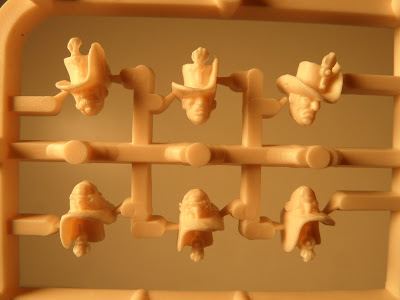 I love the giant silly hats and mustaches, the faces aren't bad 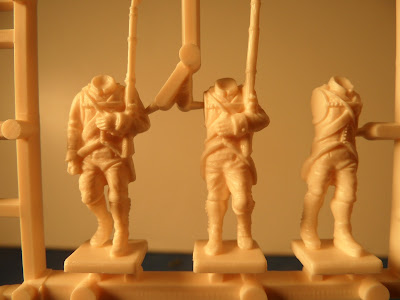 close up of the troops 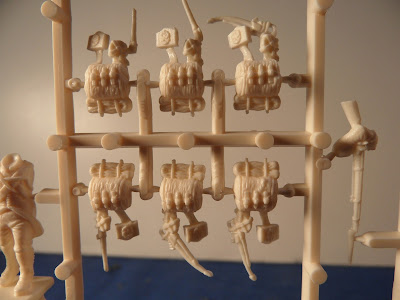 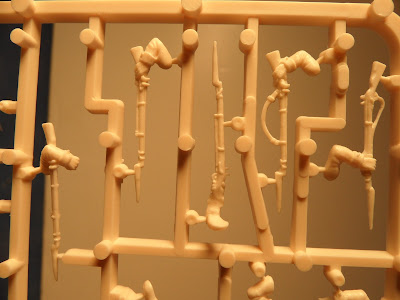 This set a a "must have" for anyone playing Austrians in the 1809 or later campaigns. They are very cost effective and superb models as well. Don't let the number of parts put you off, these models are straightforward to assemble with a little plastic model cement.