Progress among the Vikings

Now that the dust from the Christmas festivities has settled a bit I spent some time digging deeper into the pile in the "toy room" and uncovered more Vikings (as well as some hapless victims). To my sorrow I also found that I didn't have as many longships as I first thought (unless the others are hiding deeper in the vault), but to my surprise and amusement I found that the project that Pat had undertaken a few years back had gotten farther than I remembered. He had painted sixty or so Vikings to a near-complete status as well as a couple of dozen Vikings that were  looting and some Saxons that were, well, loot themselves. This greatly accelerated the establishment of the Viking forces. Unfortunately the French were in bare-metal status while, worse yet, the Saxons were still all in bags. I assembled the materials on the gaming table to get a look at the dimensions of the undertaking; it looks a goodly task but not insurmountable. 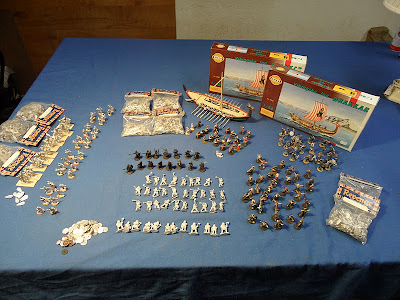 the entire project, may have to add a couple of extra longships 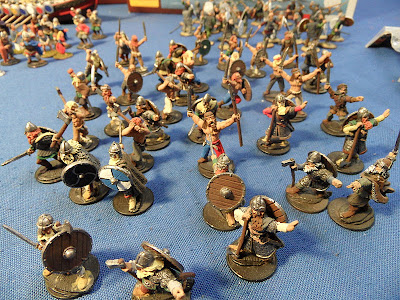 hooray! some are already mostly done! 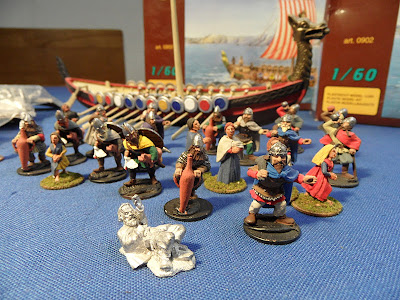 Viking looters & Saxon loot, these must be put to use
(amphorae? were those still around in the Dark Ages?) 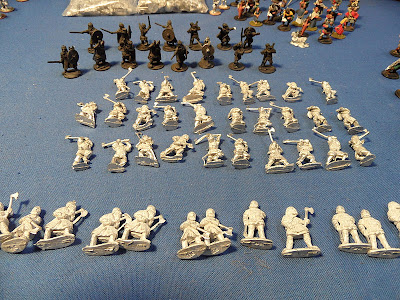 a batch of two-handed axemen 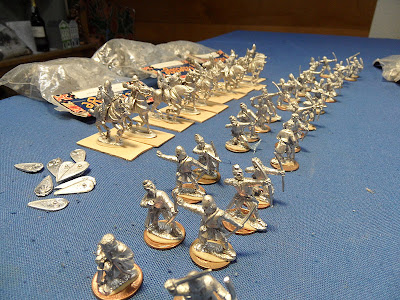 the French, not even primed, but they are based 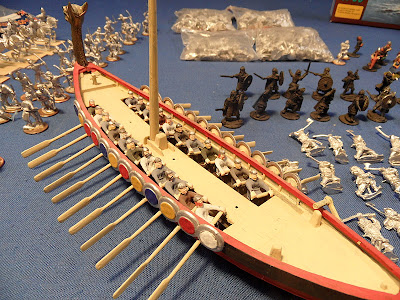 the Smer longship,
plenty of problems as an historical model, but good for gaming 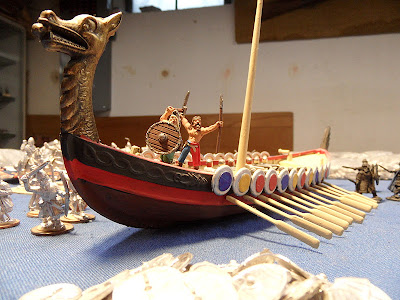 looks even better with a few warriors on the deck 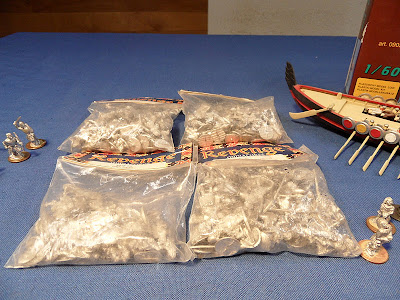 meanwhile the Saxons slumber in their bags 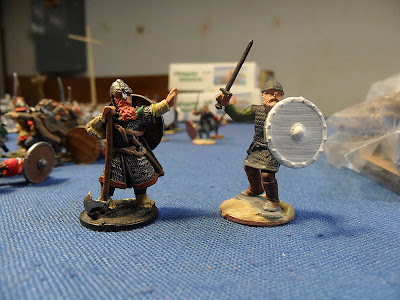 I admit that I was concerned over the size issue, but they mix well
Old Glory on the left, Wargames Factory on the right 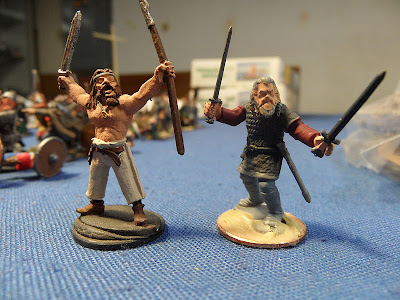 same, the Old Glory Vikings seem a little more "buff",
but they seem to get along fine

Now all I have to do is get disciplined and start painting at least an hour a day. I am looking for some leader figures in the "Heroic" 28mm size so that they stand out on the tabletop. Anyone with suggestions/recomendations please leave them in the comments box.
Posted by Anton Ryzbak at 10:17 PM