It has been simply ages since I did a kit review, this is in part due to my life being invaded by the Castillo Project, but also in part due to my resolve not to buy more minis than I was painting (this has slowed purchases to an absolute crawl). Yet here I am with a new box of Gripping Beast Dark Age Cavalry in my hands, I suppose rules exist to guide rather than dictate....... 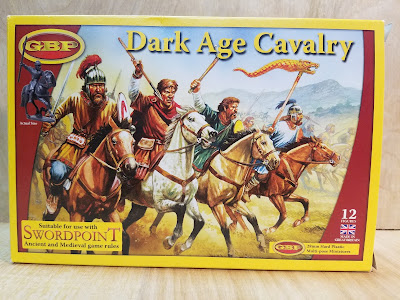 As I indicated in earlier posts, I have long harbored a desire to build a Romano-British dark Ages Army. I resisted this for many reasons but found my resolve slipping when GB released their Late Roman Infantry a while back. Then I walked into Michigan Toy Soldier to find this beauty on the "New Items" shelf. The last shreds of my resistance fell away in an instant. I confess that I have always liked GB's plastic figures for their clean sculpting and realistic poses, the box was mine before I could think twice. Let's look inside, I am sure that you will be as pleased as I was. 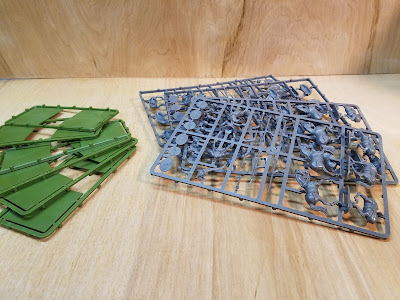 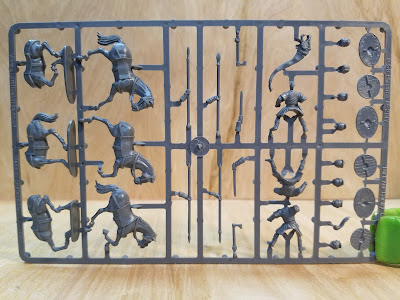 side A of the sprue, three differently posed horses and three rider bodies
the kit provides enough extra shields and weapons to allow you to
have each model a distinctly different figure 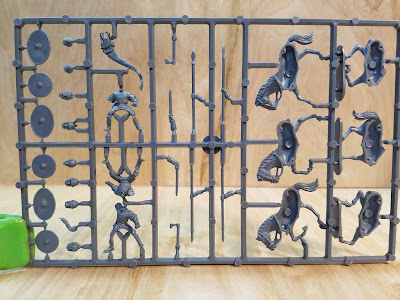 side B of the same, the figures are cast in a soft grey plastic that
displays excellent detail and very minimal mold lines 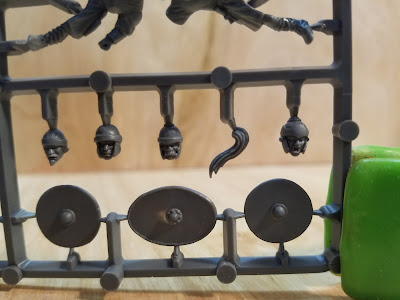 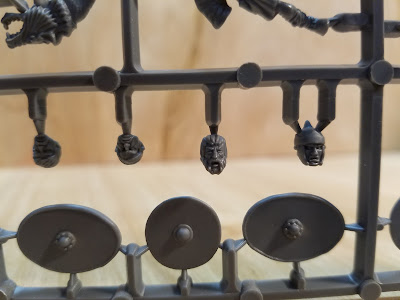 very characterful faces, the extras will be appearing on other models soon ;) 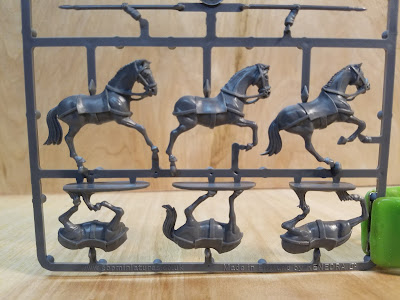 the horses are well sculpted , without the over-done cartoonish
muscles that sometimes appear on equine figures in this scale 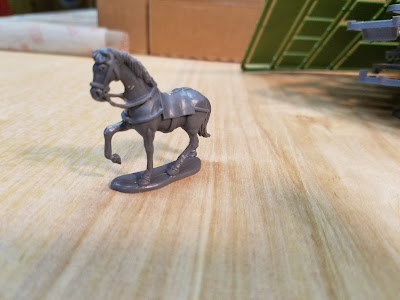 they assemble easily and look the part,
one must keep in mind that these are not the massive horses of the high Medieval period 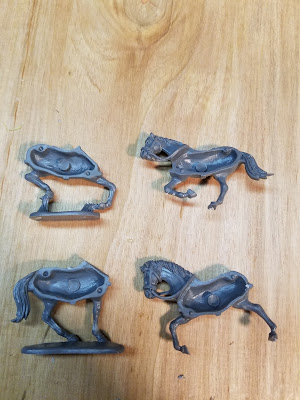 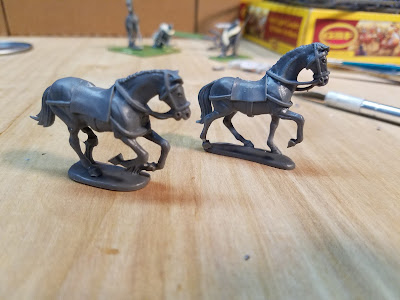 they are excellent horses to my eye 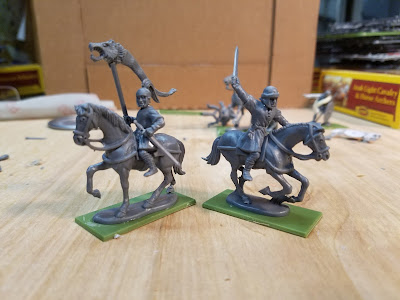 the riders went together easily and fit the horses perfectly 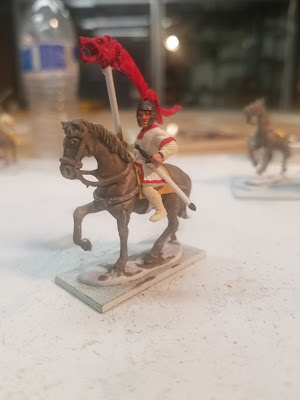 a touch of paint really brings them together 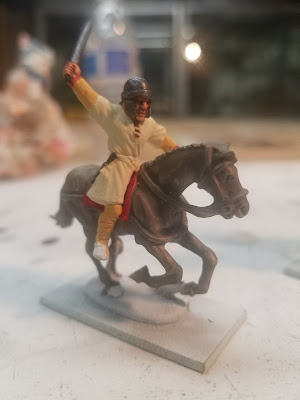 at first I didn't care for the over-arm rider pose but, once I had assembled the figure,
I changed my mind, he is as active as is his horse 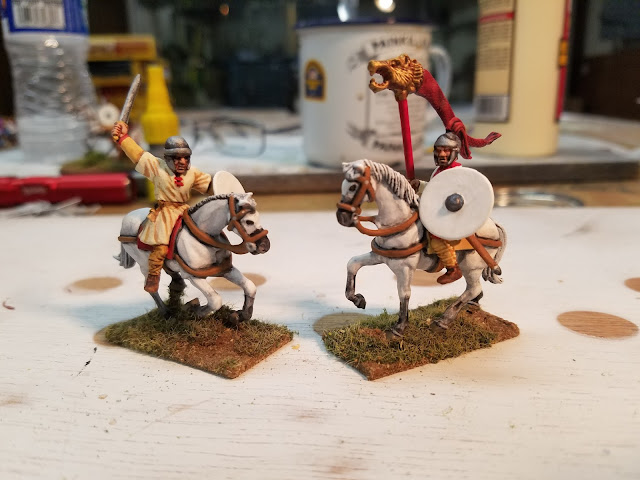 even my limited painting skills produced some very effective  models

All-in-all an excellent box of miniatures. As had come to be expected from plastic minis the detail is simply superb, the ease of assembly of this kit is excellent and the options allowed by the extra parts provided create the opportunity for the gamer to create an entirely unique unit. If you are looking for an affordable addition to your Dark Ages forces look no further than this kit.