Hail! Hail! The Gang's All Here! The last of the Wargames Atlantic 28mm Tank Hunters 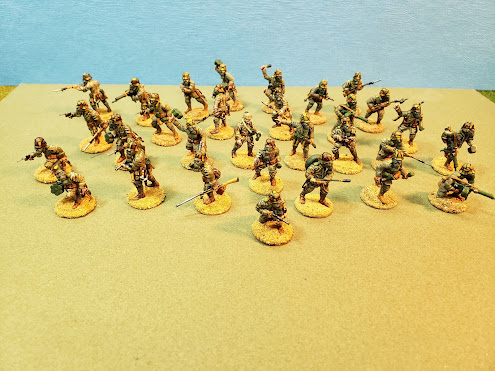 and no two of them are the same

It took me a whole week but I have finally managed to get the rest of these guys painted. As happens with so many of my projects the closer that I got to completing the job the less enthusiasm I had for it. But I want to move on to other subjects so I forced myself to sit down and add the last little details that I had been putting off. One of the real joys of plastic figures is that they are so much easier to modify than metal ones, others might say that this is a good thing because you often get far less selection of poses in plastic, a point that I can't argue against. I made it a point while building these figures to be sure that I didn't create any duplicates, the kit is molded with arms in specific set and only has six torso/leg combinations so this took some planning (and not a little of chopping and repositioning). There were a couple of near-misses (let's face it; there are only so many ways to fire a rifle or throw a grenade) but no two of the same. I am rather pleased with the lot aside from the old-timer in the picklehaub, the pose strikes me as awkward......he might just get disassembled and re-positioned with different arms. 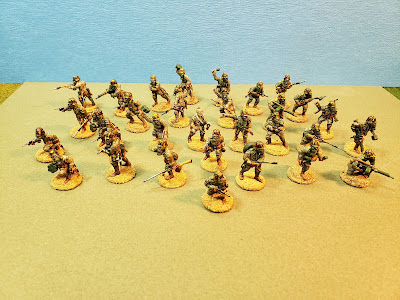 everybody (except the Old Man) got a gas-mask,
this saved me from having to paint all those faces 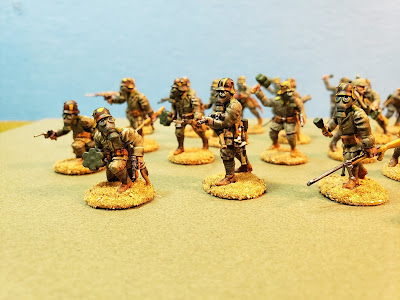 after the first batch I took to filling/carving down the shoulders
of the figures to more normal proportions,
the odd "buffness" was the only real flaw that I found in this set of figures 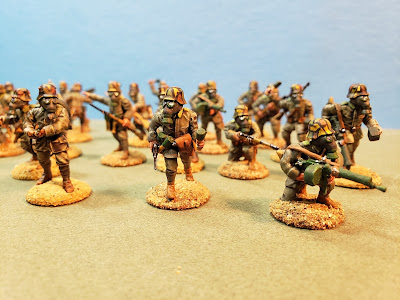 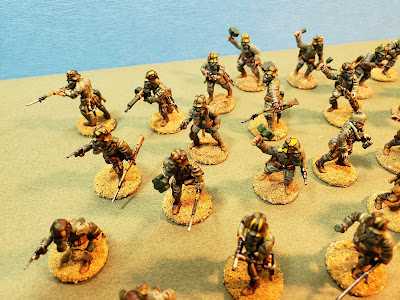 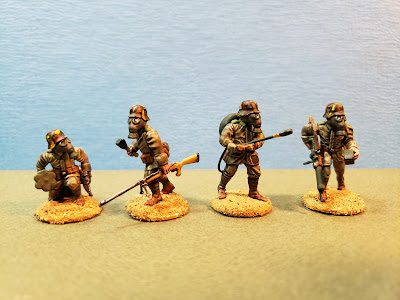 the T-Gewehr and WEX came out well, aside from the hands on the WEX operator 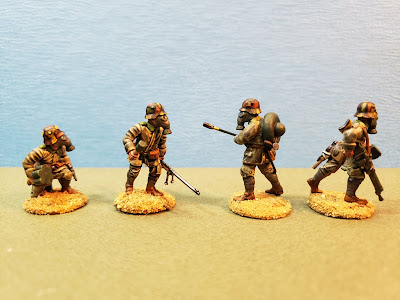 for some reason the photos have a distinct yellow-shift,
the unforms are very much gray/green in person
Now where did I put that MK IV tank I was working on.......