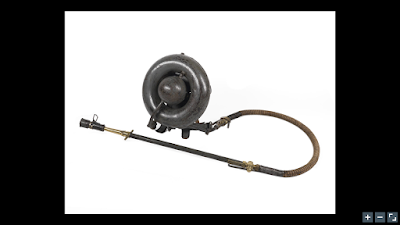 Wechselapparat (WEX) was introduced in 1916 to replace the much heavier and less user-friendly Klief version. The WEX was light enough to be carried and used by one man (although two were normally assigned the job). While not specifically designed to be used against tanks it could be quite effective if the operator could get close enough to land the jet on the top of the vehicle.. Thus my 28mm tank hunters needed one. 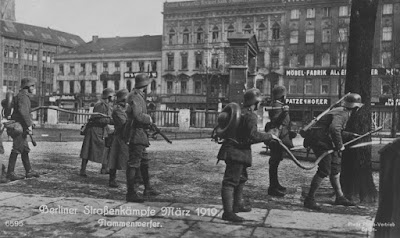 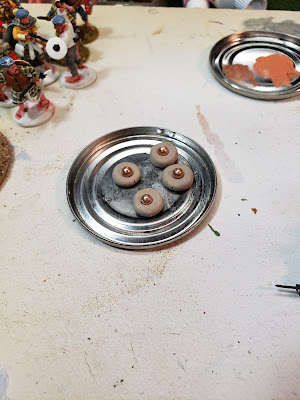 first order of business was to grab some BBs for the small pressure tank,
next was to make the larger circular tank, I made several in slightly different sizes
simple balls of clay squished flat and the BB stuck in the center 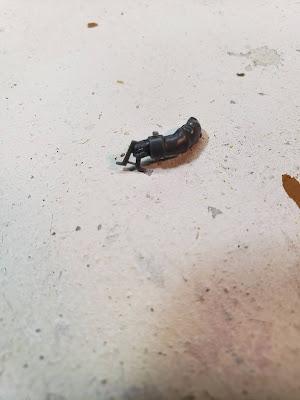 back to Frankenstien's lab! we start chopping up arms to get the right position,
this is the left arm from the MG08/15 pair 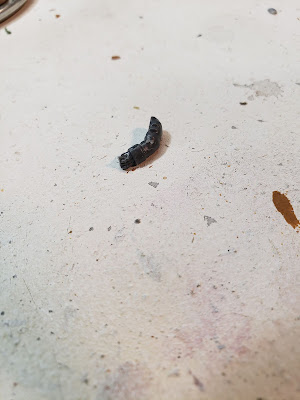 first the bipod has to go 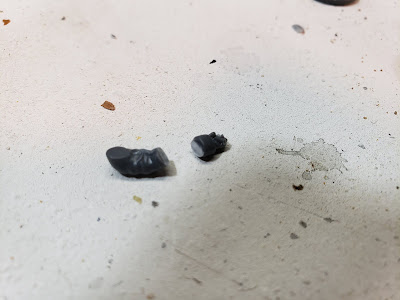 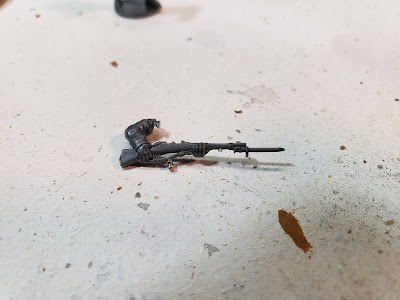 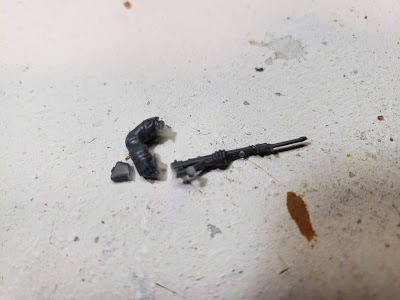 that is a simple thing to solve 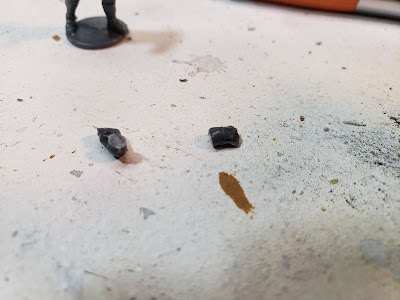 this hand is also rotated 90 degrees and glued back on 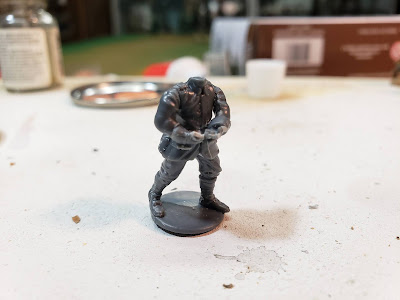 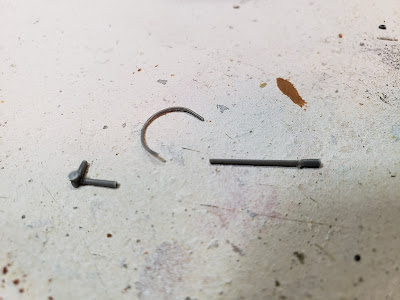 more stretched sprue bits and bobs;  the bit on the left is the control valve made of two bits of sprue glued at right angles with a tiny disc of sliced sprue as the vale handle, next a curled bit of thin sprue for the hose, and last a long narrow bit with a thicker section added to the end as the flame projector 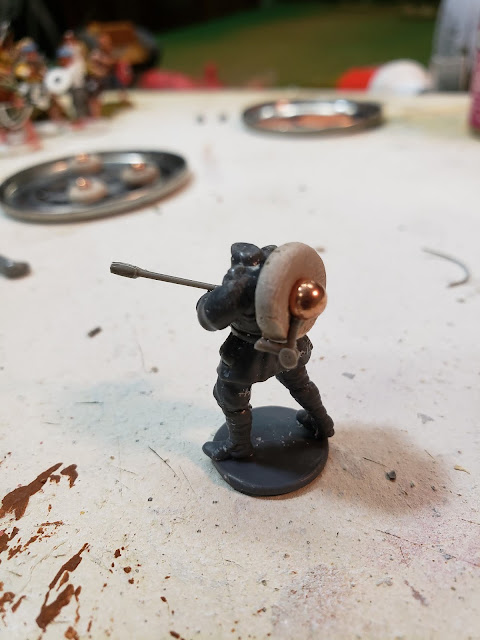 a spot of superglue to attach the canister, then the valve gets added to the lower left and the flame projector is glued into the models hands 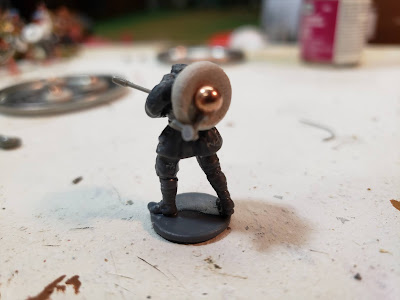 I used the smallest of the examples that I had made, it is about 3/8" across 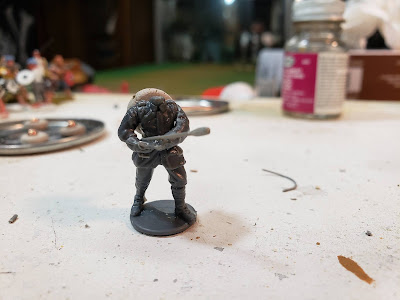 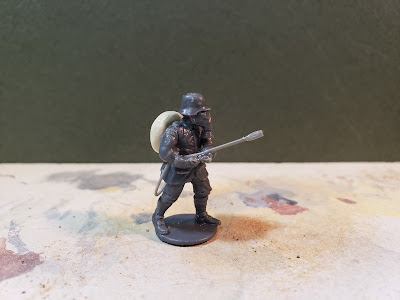 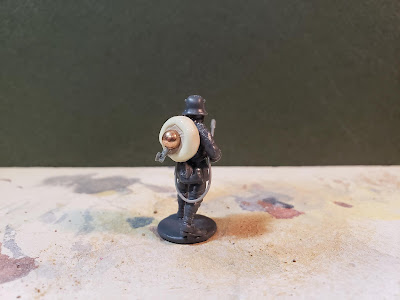 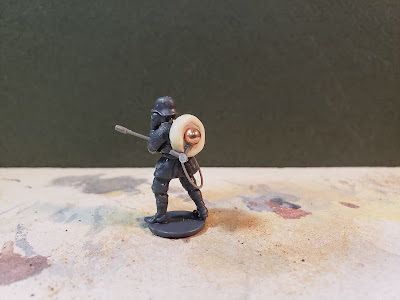 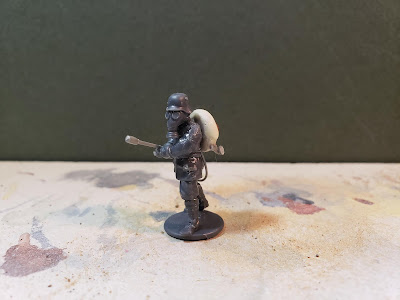 Now it is time to get down to business and paint them all!