Here I am coming to the end of the "snap-tight-only" experiment﻿ with the GAZ truck from Zvezda. As is usual with these products the molding is crisp, sharp and well-defined. This is mostly the same as the Katyusha kit, the only difference being the box-bed instead of the launcher platform. 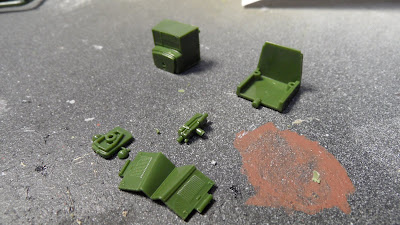 the cab parts ready for assembly 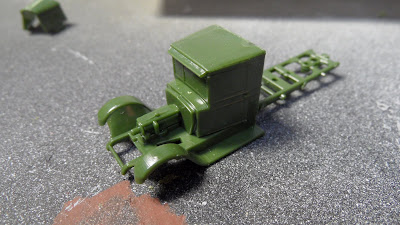 the cab and engine mounted on the chassis,
the engine is important as it helps hold the radiator in place 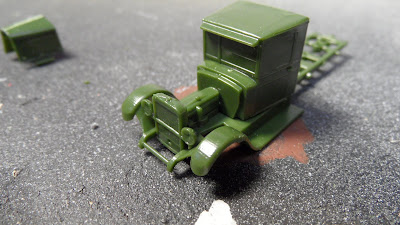 the radiator installed,
notice in the background the hood that has to be bent to shape,
be careful when doing this I have managed to snap one by hurrying 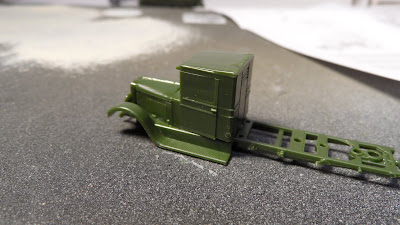 I like to install the cab first because it is a very tight fit
and requires some pressure to ensure that it is installed fully,
if you mounted the axles first you run the risk of crushing your suspension 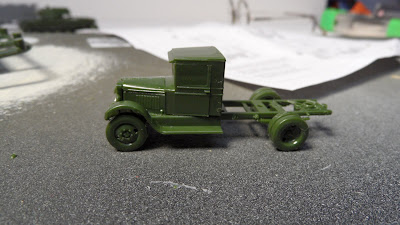 With the wheels on front and back,
this could form the basis for a lot of conversions 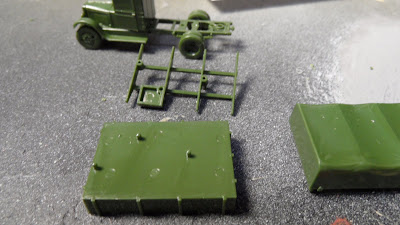 the bed cradle, the bed  and the tilt 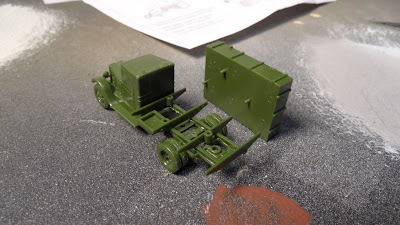 once the cradle is installed you line up the three pegs
on the bottom of the bed with the holes in the top of the cradle and gas tank,
press carefully it is a tight fit. 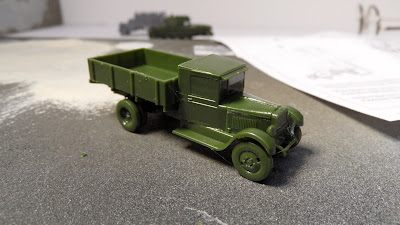 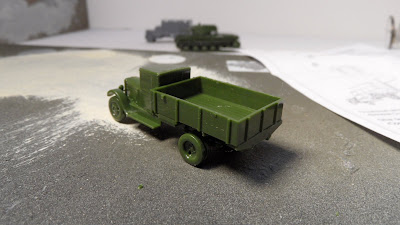 frankly, I find it hard to believe that this is a snap-tight model 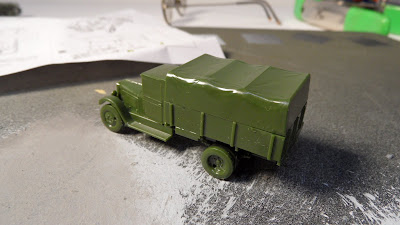 and with the tilt on 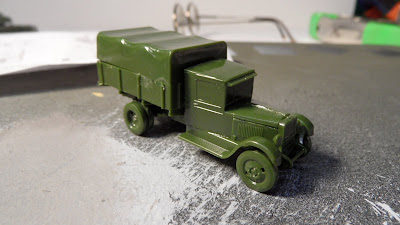 This model has a dozen other uses as the real vehicle just essentially a Ford truck from the late twenties (Ford liked the Russians and sold them an entire factory). It could be used in the Spanish Civil War, South American Conflicts and throughout the Communist-influenced Third World after WW2﻿. This  truck was also the basis for a lot of experimental efforts in the period just prior to the Nazi invasion. It served as a prime-mover and supply vehicle throughout the war. Again the very affordable price combined with the ease of assembly and accuracy of this kit will make this a very popular addition to the Zvezda stable.