Well it had been a week or two since Zvezda wowed me with a new model and then there is this. I found it sitting innocently on the peg at Michigan Toy Soldier and simply had to have it. This is the iconic German truck of WW II the Opel Blitz. It is delicately cast in hard grey plastic, some of the parts are so fine that they look as if they belong in a Swiss watch. The Blitz served on every front throughout the war and this model captures the look very well, it also open the door to an endless number of specialty vehicles that the Germans based on the Blitz chassis. But enough of that, here is the model. 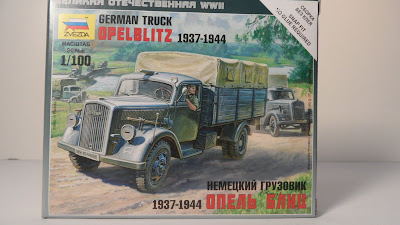 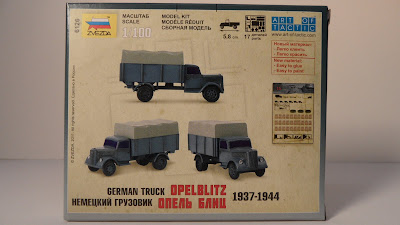 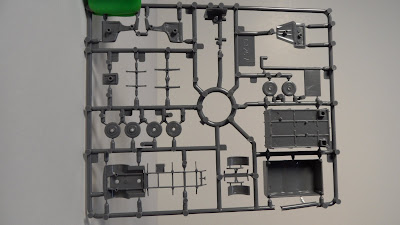 only one sprue, note the finely cast frame and undercarriage 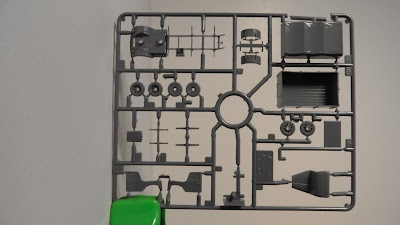 the other side of the sprue 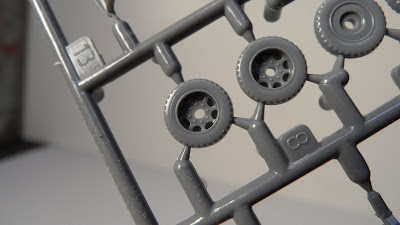 This lovely kit makes it affordable to build (some of) the vast number of trucks that ﻿made the Blitzkrieg possible. In the kit form, as opposed to the solid cast models such as Battlefront or GA Models, it makes it possible for a gamer to build special-use vehicles on his own.

Very highly recommended,    John
Posted by Anton Ryzbak at 6:41 AM