Simplicity has its own beauty. This kit is both, simple and beautiful. It depicts the very early version of the KV-1 tank, a monster that baffled the German Panzers and, if it had been used properly, could have posed serious problems for Operation Barbarossa. As it was they were fittered away in penny-packets and had small impact.

Zvezda has again chosen to opt for the very early war version and modeled the tank with the early short 76mm gun. That makes this kit your go-to model if you are building a Winter War or early-war force. As usual the model is crisply cast and is nearly devoid of flash, Below we see the parts freed from the sprue. Honestly, it took longer to cut the parts out and clean up the flow-channels than it took to build the kit.
All of the parts are designed in sugh a way that there is only one way that they will fit together,﻿ making assembly errors nearly impossible. I was intrigued, and slightly concerned, when I saw how the turret had been sectioned up to allow it to snap together but my fears were groundless as the parts fit flawlessly. I had decided to give the "snap-together" thing a try and used no glue during the assembly of this model, look at the photos and decide for yourself if the gaps are too large. 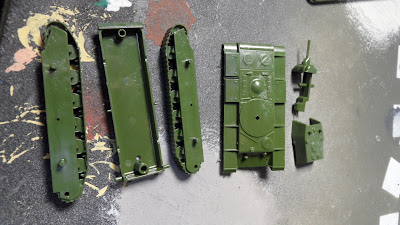 the parts, all six of them 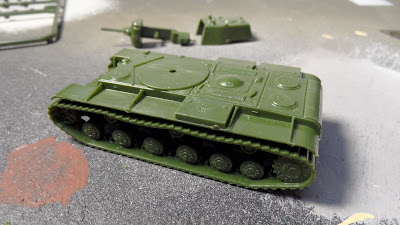 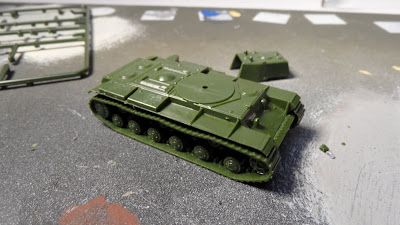 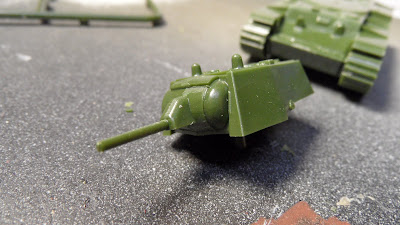 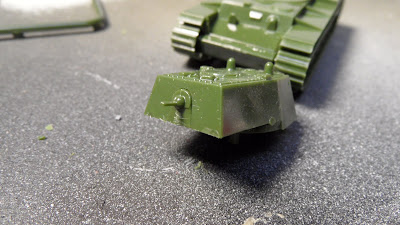 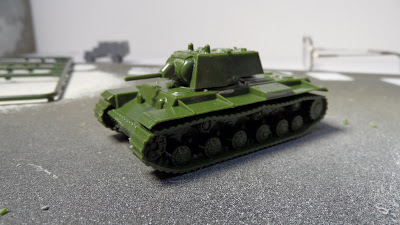 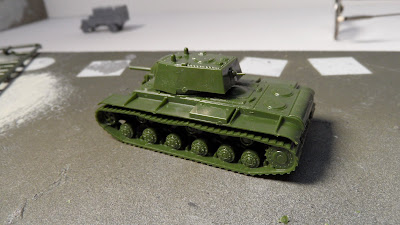 A great addition to the rapidly growing field of 1/100 scale plastics. ﻿