Well the Battlefields ﻿con has come and gone and a fun time was had by all. The Pro or Con gang did a great job once again of providing a quallity gaming experience complete with food and beverages (sadly no beer even though it was Saint Patrick's Day!) and an array of beautiful games to play/observe. I played in a naval game in the AM session (report due later) and closely observed the series of Saga games in the second session (another report coming on that soon). As usual there were many games that I could not play in, or even get a full look at, so here are a few that caught my eye (camera lens) as I was walking about. 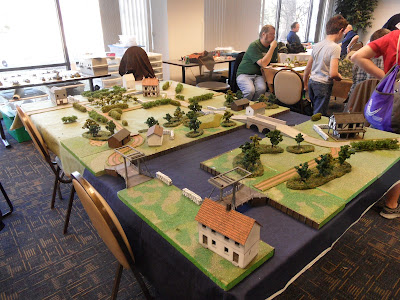 I took a shot of this table after it was set up,
but never got back to get a "game in progress" pic,
it was lovely all the same 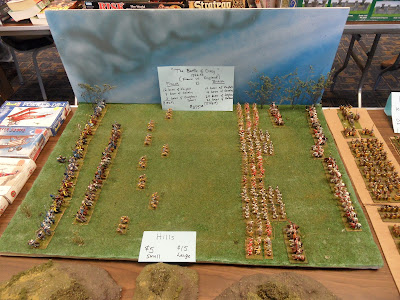 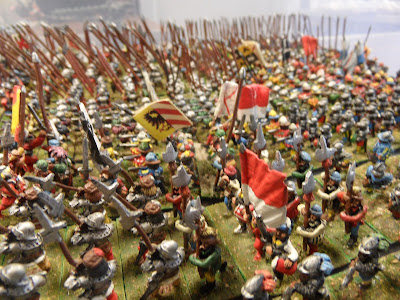 as usual when this sort of thing hits the table I am short on cash! 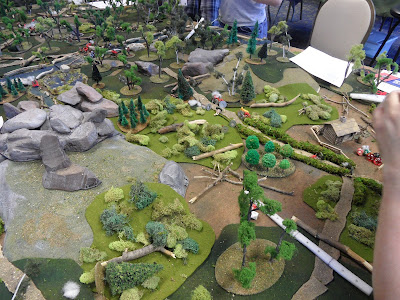 the "Drums on the Mohican" game, put on by John Patrick, really captured the look 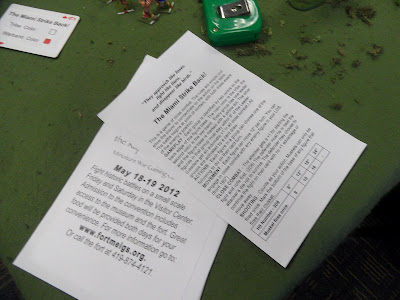 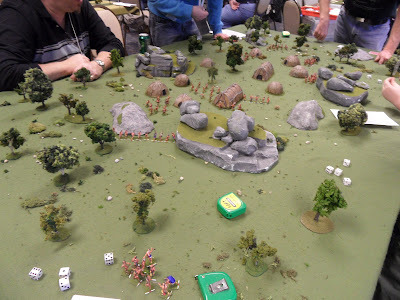 Douglas Johnson presented one unusual game, "The Miami Strike Back",
depicting conflict entirely between the Native Americans in the 16th Century AD 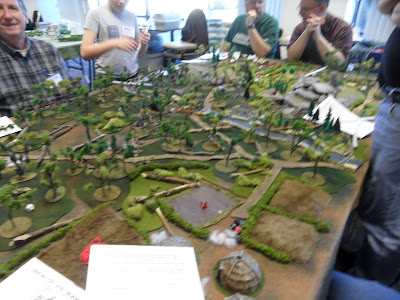 another look at the FIW game, I didn't get a chance to watch for long
but everyone was smiling and looked to enjoying themselves 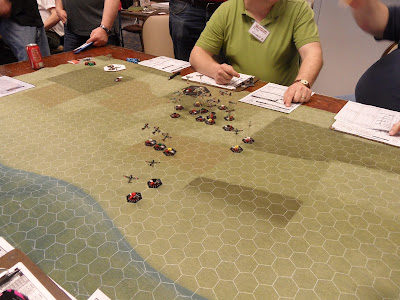 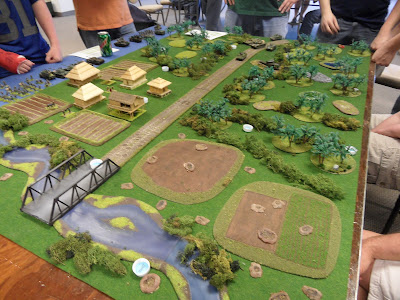 the Viet Nam conflict was presented by Theodore Bender using "Force on Force"
in a game called Rumble in the Jungle, very nice terrain indeed! 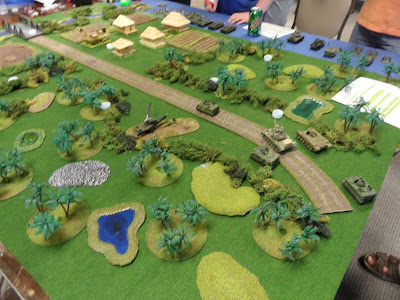 another look at the Viet Nam game 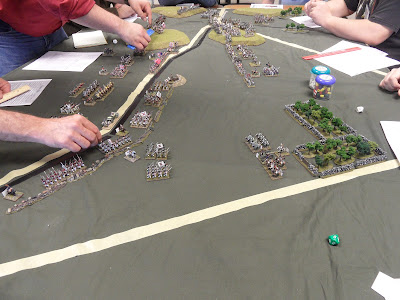 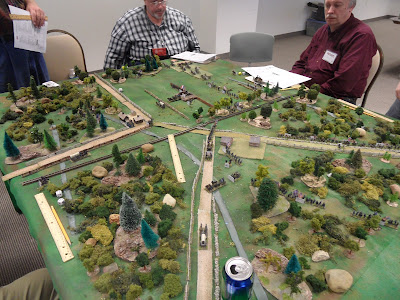 the American Civil War was well-represented in the game selection,
many different rules were on offer to sample 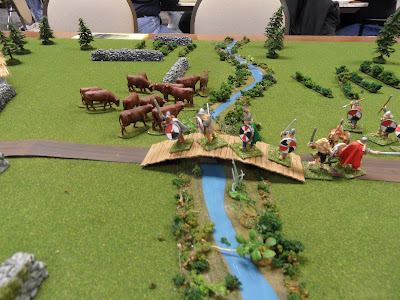 the Viking Raid game put on by the Johnson brothers,
so many Vikings so few cattle,
good looking figures as well and five longships to boot!

I had  a great time﻿, bought more stuff than I should have, and really want to say thanks to the hard-working folks of Pro or Con. They put a lot of hard work into makiing this happen for alll of us and don't get enough thanks. Kudos are also due to the gamemasters that came from near and far to put on the games that make this whole thing work. Keep up the great work.
Posted by Anton Ryzbak at 8:55 AM