When I first saw this listed on the game schedule at Battlefields I knew I had to play. I have always been intrigued by the small-scale naval fighting that took place in both World Wars﻿. Tiny ships, usually hilariously over-armed, banging away at each other in narrow seas or shallow water, I mean what could be better?  The game was hosted by Jim Casey and used the Flaklighter II rules and 1/600 scale miniatures both from PT Dockyards . The rules were easy to pick up and fun to play while the minis were very good looking and just the right size to show good detail while leaving plenty of tabletop to play on. 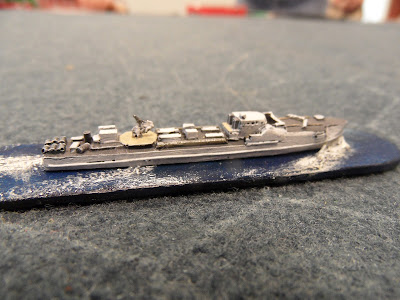 the level of detail is on a par with similar scale plastic kits
here we see the German E-boat, fast but lightly armed 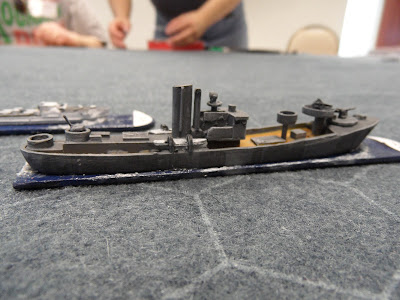 this is a flaklighter, a simple coastal steamer that has been festooned with gun-tubs,
slow but very danegrous to be near 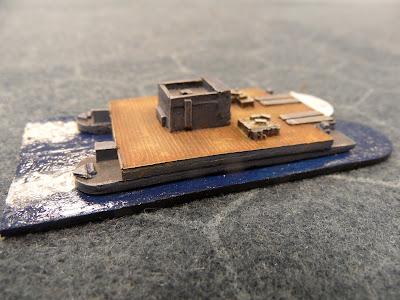 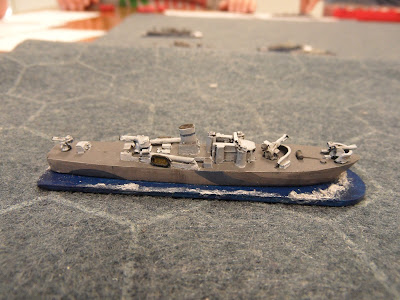 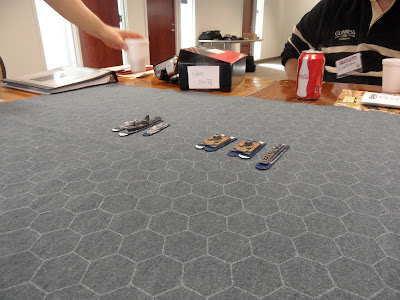 the Germans started out sailing along guarding the ferries 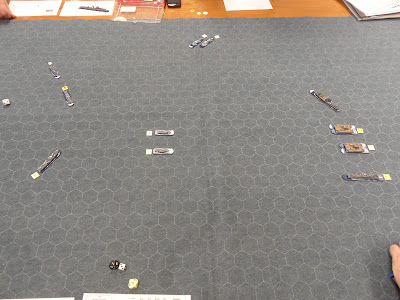 early on the Germans turned to the side to get the added firepower of their broadsides into the game,
sadly their dice-rolling promptly negated that advantage
meanwhile the Vosper torpedo boats went straight at the Germans at full tilt 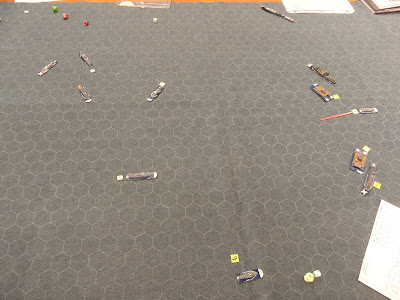 the E-boats used their speed to gain a flanking position to enhance the likelihood of a torpedo strike
the Vospers launched fish at both the flaklighter and the patrol boat, scoring fatal hits on both 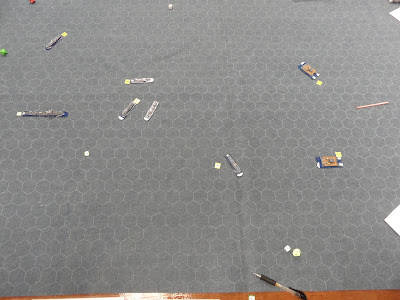 the Vospers paid a heavy toll for their showy bravado (both were sunk)
the E-boats scored two torpedo hits on the late arriving British destroyer
only to find them both to be duds!
meanwhile heavy fire from the destroyer and the gunboats spelled the end for the E-boats
leaving the two ferries badly outgunned and outnumbered, they struck their colors

﻿     I really liked the rules and the most gracious hosting of the game by Mr. Casey made this game a winner in my book. Be sure to check out the PT Dockyards website they have many different models to choose from across a wide spectrum of subjects.
Posted by Anton Ryzbak at 10:14 PM