I had been contemplating picking up some more metal Middle Ages minis until I heard that the Perry Brothers were going into plastic. When this set was announced I knew I needed to get them. Cast in the same gray plastic as their other products, and with the same attention to quality as well, these are flash-free and nearly devoid of mold-lines. They provide a good mix of troop-types and weapons and have the easy, natural posing that one has come to expect from a Perry sculpt. A superb bit of work in all. 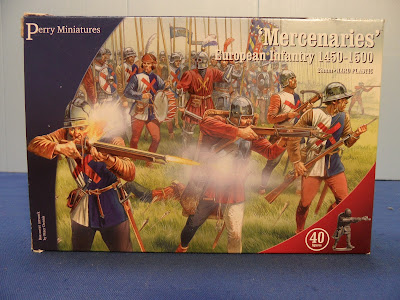 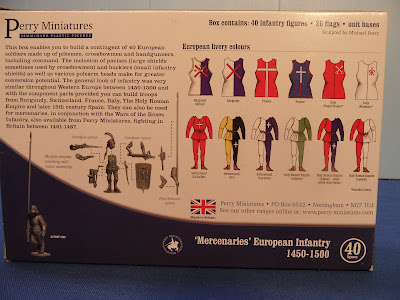 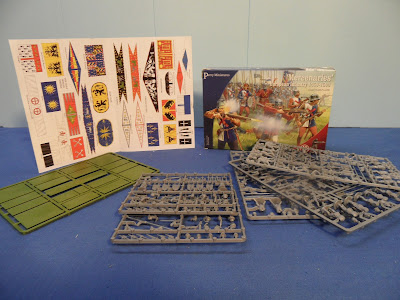 inside we find three sprues of troops, two of command,
a set of stands and a brilliantly detailed pamphlet 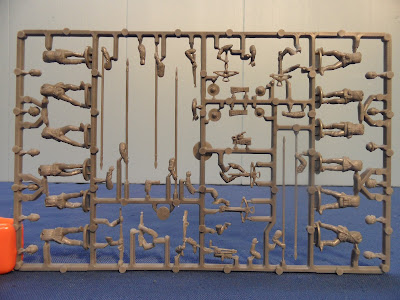 troops sprue side A 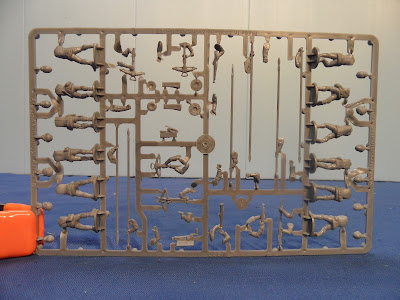 troops sprue side B 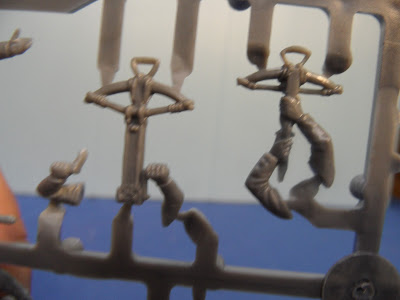 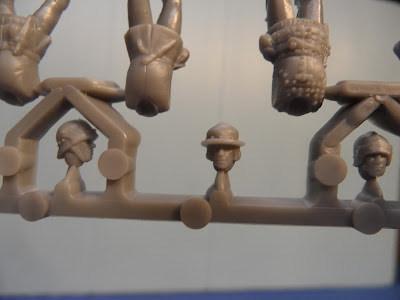 plenty of different heads keep the unit from looking to uniform 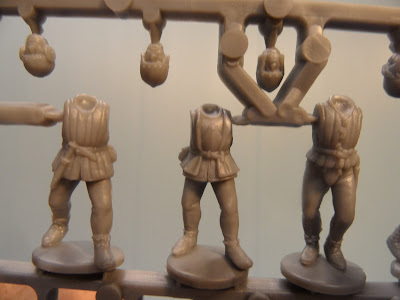 Perry figures always seem to capture a very natural pose,
the clothing is well detailed and "hangs" naturally as well 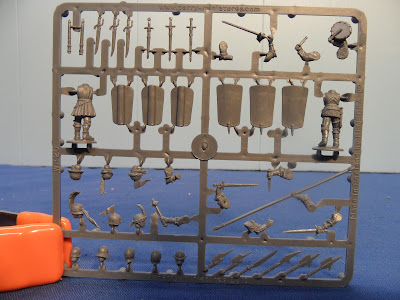 the Command sprue side A 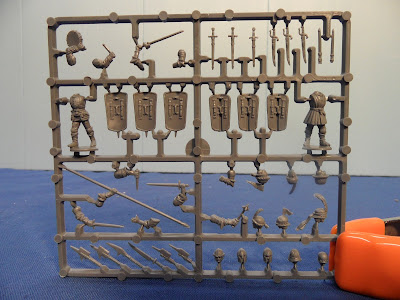 the Command sprue side B 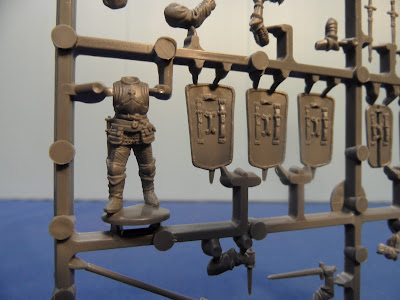 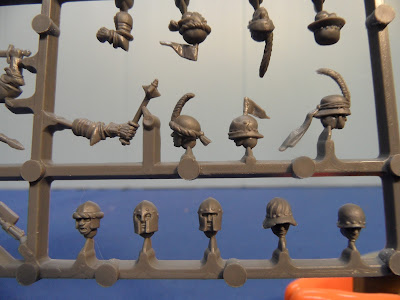 and a bunch more heads 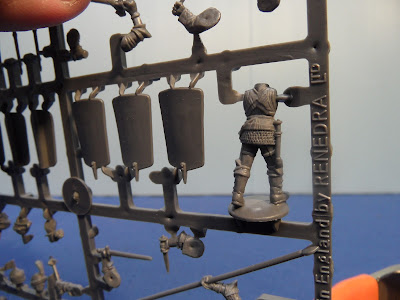 the fineness of the detail is amazing


Another fine set of figures from the Perry workshop, these are almost as good (and far cheaper) as the metal figures they sell and are head and shoulders above most figures (metal or plastic) available in this period. If you are gaming late Middle Ages or early Renaissance you cannot go wrong with these !