I finished the boat in one push, there was not as much railing as I first thought. I took the advice from commenters here and at TMP and weathered the hull; they were right, it looks much better (now I have to go back and re-paint the hull of the Armored Cruiser, drat!). I still have to weather the upper structures, I am thinking that a wash of a red-brown with a touch of gray-black grunge would do the trick. 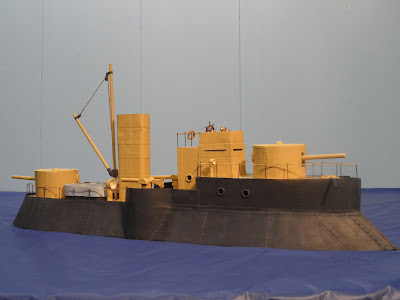 3/4 forward view, I now wish that I had made the con smaller so that the
smokestack could be further forward; ahhh, live and learn 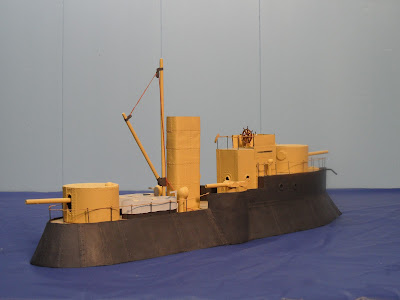 3/4 rear view, I finally got the boats done, they weren't much work actually,
just a bit of balsa and some index card 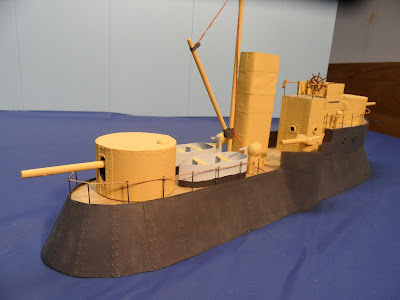 a close-up of the boats,
the crane is a bamboo grilling skewer and some bits of card and string 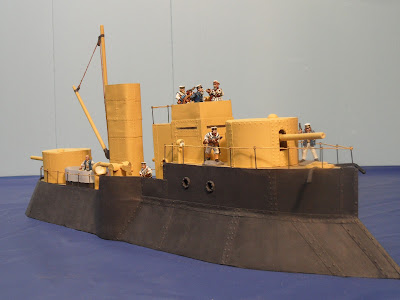 the crew has arrived,
the weathering really makes the details on the hull come to life 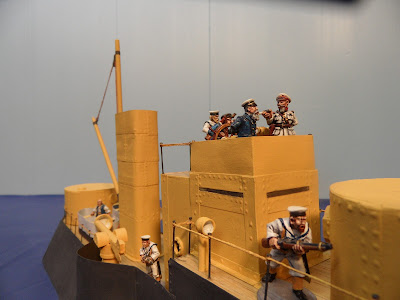 the crew explores the new vessel while the bosses talk strategy 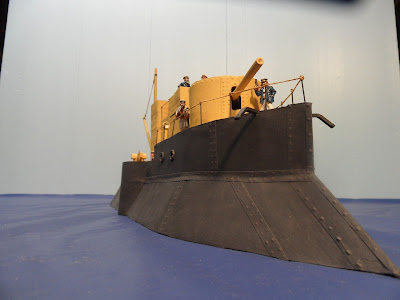 a "boat's-eye" view of the ship,
the ram bow is impressive from this angle 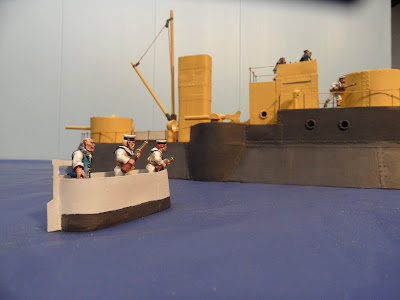 more sailors are ferried to the ship 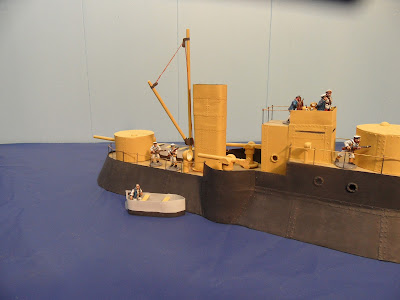 the crane is swung around to lift the boat a formal profile shot, a more realistic model would be longer (almost twice as long)
the hull has been foreshortened to facilitate gaming and storage 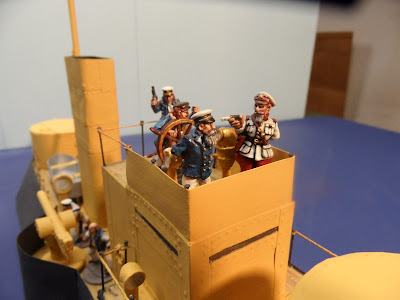 Count Nakimoff expounds on Naval Theory
(in the background it looks like X.O. Hammer can't take anymore of the Count's prattling) 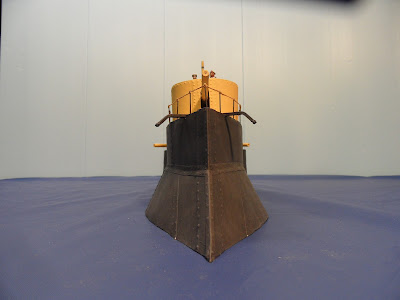 water level bow shot,
the funny arms sticking out to either side are the cat's heads
(they help to lift and stow the anchors, drat! another thing that I need to finish) 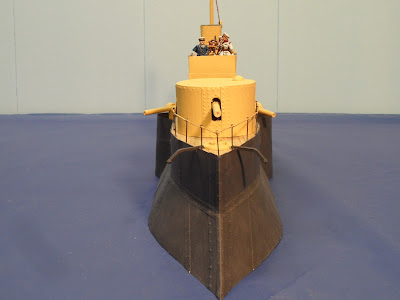 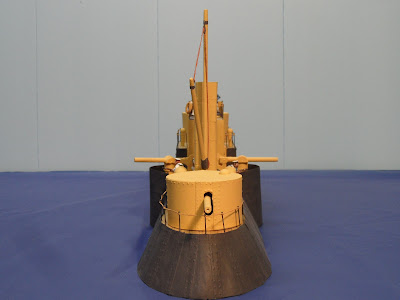 I do think that the next one will be a colonial gunboat, there are some things that I want to experiment with and are probably best undertaken on a small scale first. Maybe a torpedo-boat instead.............
Posted by Anton Ryzbak at 6:39 AM