One of the most interesting things about this hobby is that you can find useful items nearly anywhere. Toy stores and garage sales are two very productive venues. Most of the stuff is dross, but if you dig a little, you can find some very interesting things. Recently I was wandering around in the toy section of a local store when I stumbled across this: 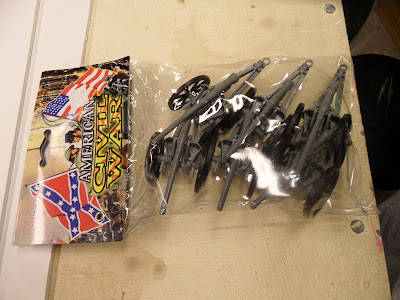 six guns for five bucks, plus a dozen spoked wheels for other projects, not bad!

At first glance I thought, "More inaccurate ACW stuff of indeterminate scale" and moved along. But, in the back recesses of my mind (which is a dark and scary place at times) there was a little voice saying "cannon barrels, you need cannon barrels". Most of the time I ignore those voices because they want me to do/say things that would land me in hot water, but this time the suggestion seemed innocuous enough, so I return to the package and looked closed. Inside were six cannons of nebulous scale and design, more like FPW seige guns than ACW but they did have good looking gun barrels. The price was cheap so I grabbed a bag to see what I could make of them. 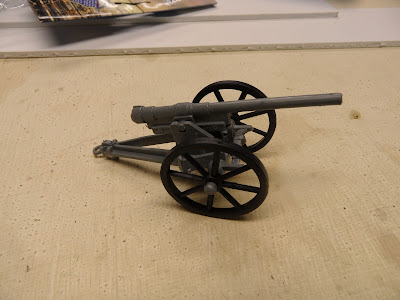 the cannon as it comes from the bag

Long experience with screwing up a kit-bash has taught me to stop at this point and actually think for a few seconds; what am I looking to do? how involved do I want this to be? is there coffee on? After cogitating for a few more seconds I decided to trim away most of the carriage to see if I could get a barbette mount that looked decent. A few quick cuts and ta-da, we have this; 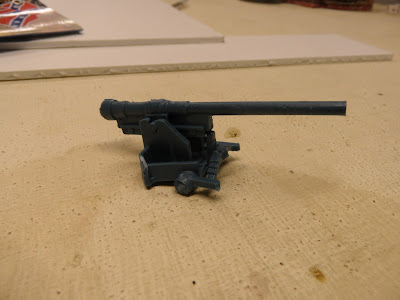 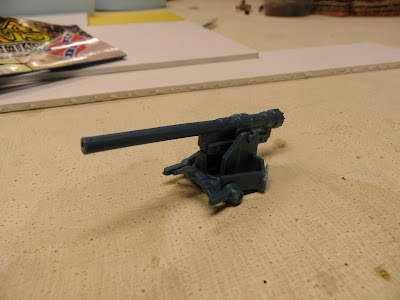 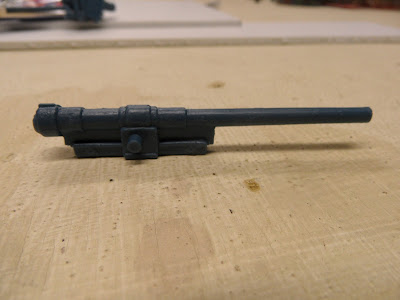 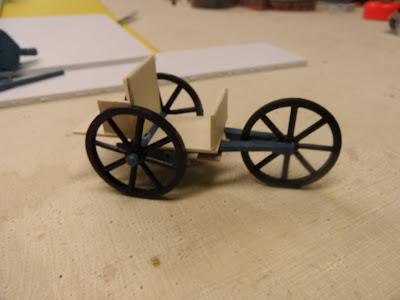 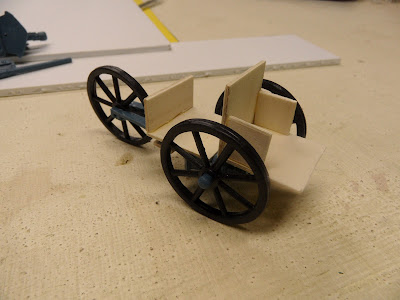