No, I am not talking about a type of beer. During the Prohibition the US Coast Guard needed to patrols the coastal waters around the US to try to stop the Rum-Runners from bring in illegal booze. They found themselves to be painfully short of vessels that could fulfill this requirement. To meet the need they placed bids for over 200 patrol vessels from a number of different boatyards on both coasts. The requirements were to be seventy-five feet overall length carry a crew of eight men for several days at sea, to have very good sea-keeping ability and be able to maintain a good head of speed in rough weather. The ships they had built served through the Prohibition and then through the Second World War. Some served into the 50's and a few are still sailing as private vessels. 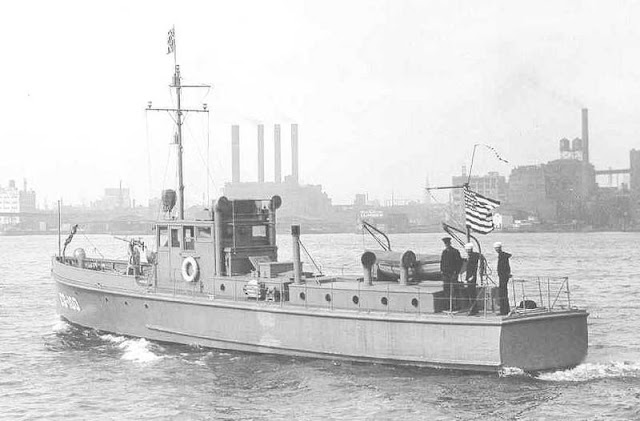 one of the originals

When one of our readers contacted me and asked if I would build him several for a game he was planning I only had to stop and consider it for a few seconds. It turns out that he wants eight craft. This gave me the opportunity to try my hand at a production run rather than the one-off models that I have been building so far. There was an exchange of emails and I was off to the workshop. 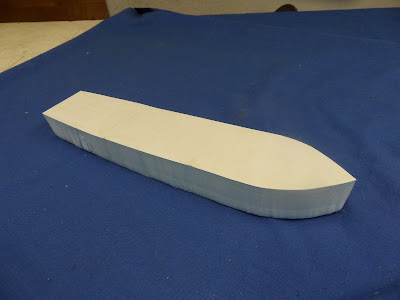 first I made a deck-plan template, then I copied that plan onto heavy card twelve times,
this would serve as both the deck and a template or cutting the hull 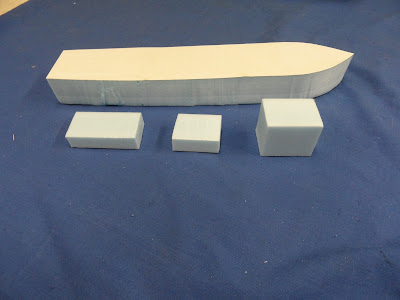 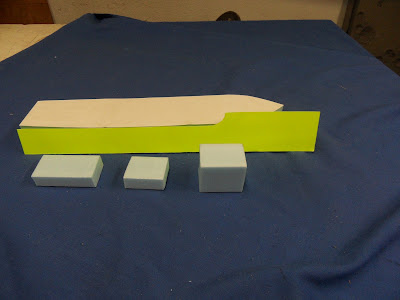 the hulls were smooth planking so I wouldn't be adding rivets later (HOORAY!)
to speed things along I made another template for the hull sides,
I cut two dozen of these and got to work gluing them onto the blue-board hull blanks 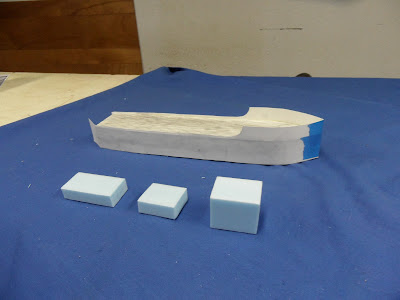 painter's tape holds the hull planking together while the glue dries 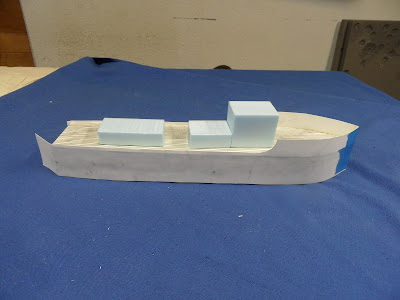 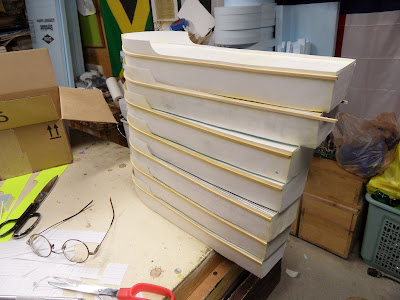 having decided that things were OK, I then banged out the rest of the hulls,
one of the advantages of working production-line style
is that there is always something else to work on while the glue is drying 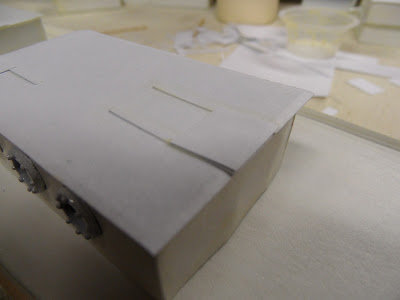 the companion-way hatches were added from card 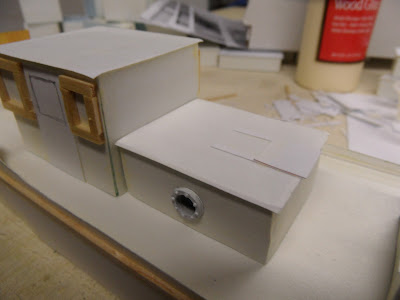 the port-holes were from Reverisco,
a real life-saver as I still can't figure how to scratch-build them
I am not at all happy with the window-framing of the cabin
I will have to come up with something that doesn't look so heavy and clunky 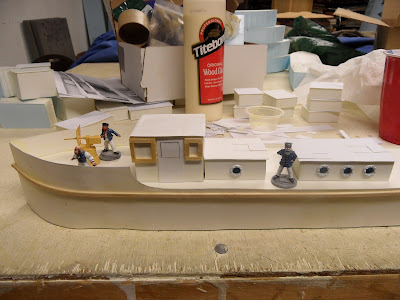 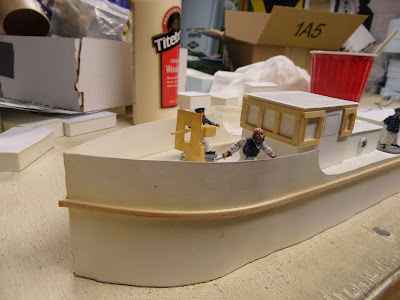 the 3lbr machine-cannon is a scratch-build of mine,
added to give an idea of the space 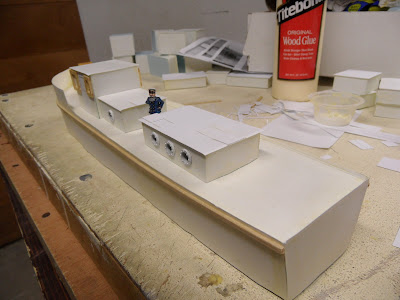 still a sleek-looking vessel even with the size compression 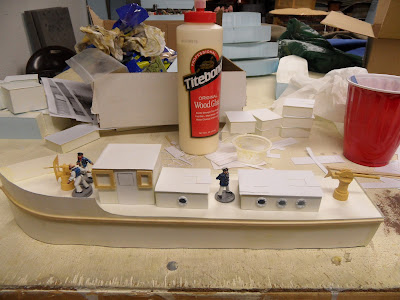 the 4" deck gun on the fantail is a bit much 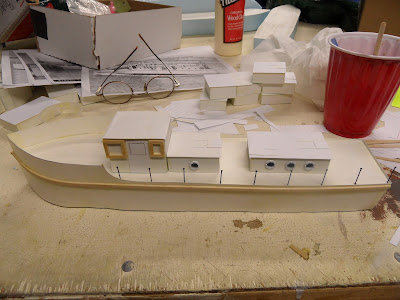 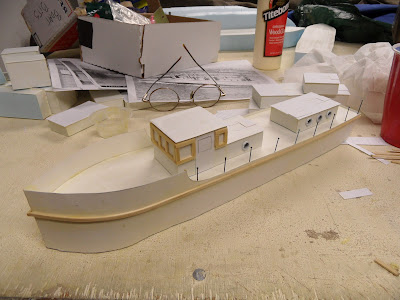 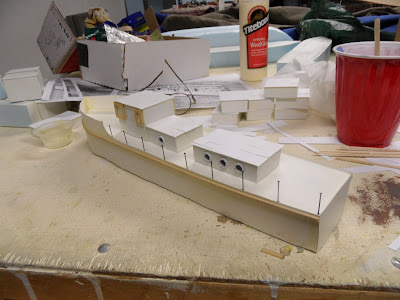 I am really enjoying this project. It is too bad that the period paint-scheme is an overall medium blue-gray as I think that they would look really cool with the white and orange scheme used after the war.
Posted by Anton Ryzbak at 12:55 AM