There are indeed times when I think I might be completely mad. The most troubling times are those in which I look at a project and think to myself "That would be completely daft" and then go ahead and do exactly the daft thing.

I had decided to put deck planking in mt Pirate sloop, at first I took the high road and drew it in, then I planked a portion and finally I free-hand drew the last bit. Having done all three I can say that the planking wasn't as bad as the free-hand work (it also looks much better). Judge for yourself but in the future I will be drawing the planks on with a straight-edge. 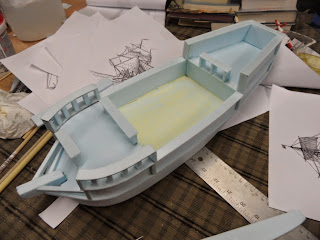 before I can add a deck I had to raise the level of the well-deck,
I took this opportunity to add a balsa wood layer so that the mast
would have something sturdier than blue-board to attach to
a thick layer of Tite-bond carpenter's glue was the first step 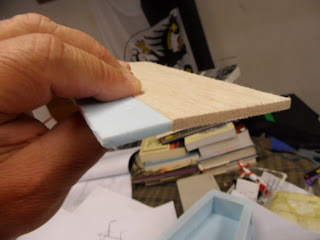 then I took a slab of 1/4" balsa from the parts bin and cut it to fit the length of the deck,
I made foam fillers for the sides as the balsa wasn't as wide as the deck 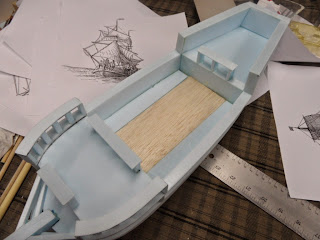 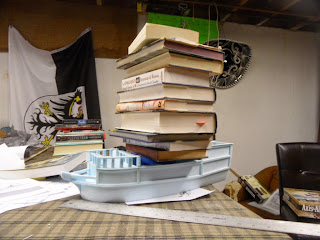 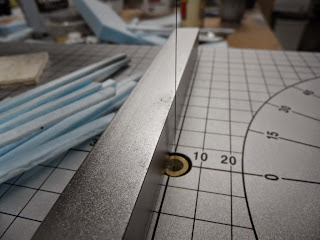 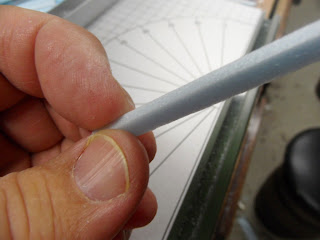 ta-da; deck planks.....this is where I started to worry about my sanity 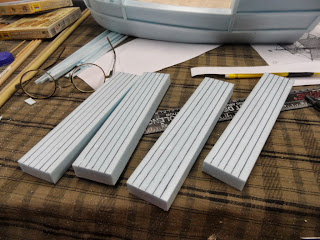 in a moment of clarity I decided to add more fill to the well-deck by way of slabs of blue foam that I had the sense to draw the planking on before I started gluing them in place
thius was probabl;y the best decision all evening 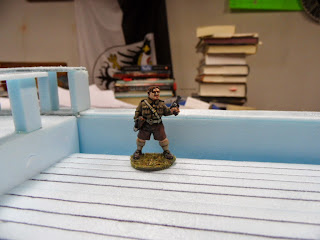 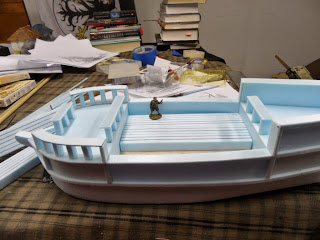 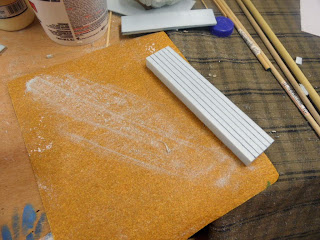 but the hull tapered and the blocks did not!
60 grit sandpaper does wonders at shaping blue-board 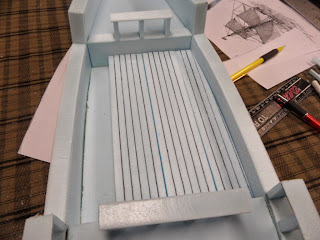 soon everything was fitted and tight as a drum 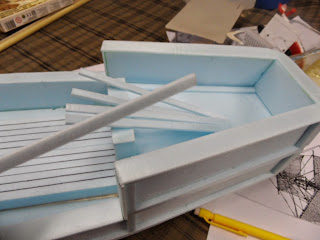 then I decided to follow a darker path, one of madness
and planking! 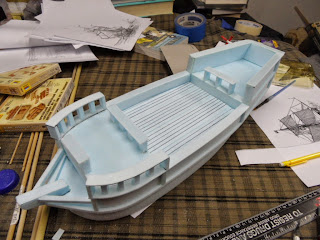 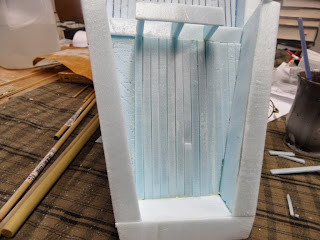 actually it was WAY easier than I thought it would be 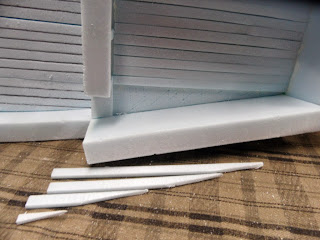 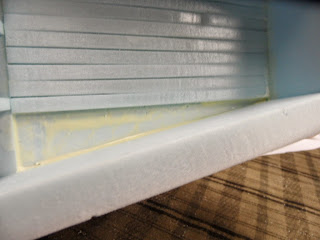 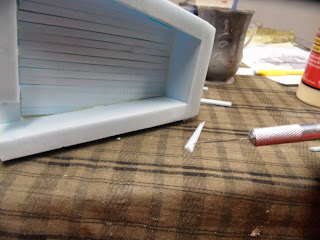 in less than twenty minutes I was done 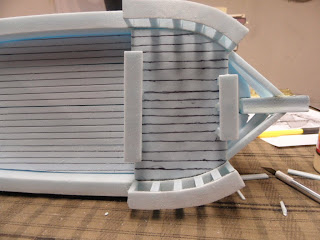 then I lost my mind for real and hand drew the forecastle deck.
....I might just end up planking this as well, I can't say I'm happy with the results 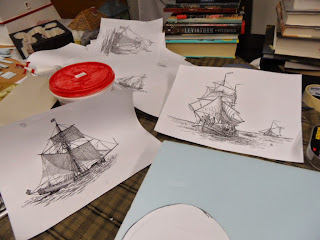 one reader has taken me up on mu offer of a kit for the asking
so I decided to chronicle the genesis of this model as it matches the original;
first step is to download some snazzy pictures from the internet 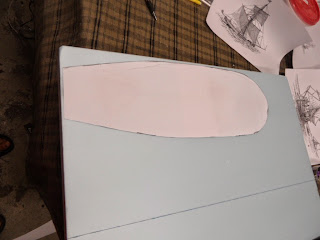 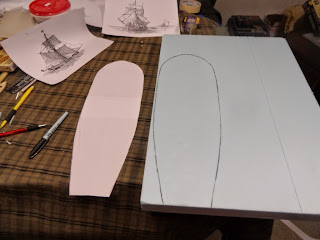 this one sheet generated all the parts needed for the model 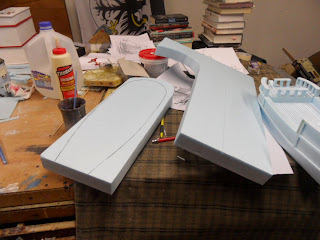 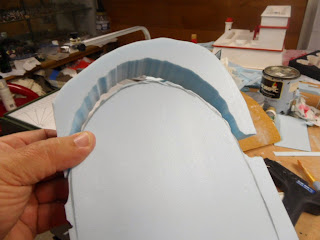 this is how it all started, I needed practice cutting curves
.....looks like I still need help 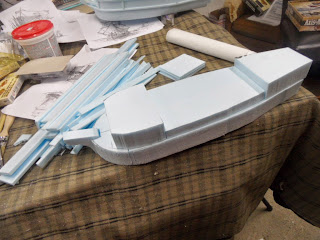 I then cut the forecastle and sterncastle a 1/4" smaller than the hull
so that the sides could be planked over with a single strip of blue-board
I also but a ton of strips for building up the sides and for framing and decking
(yes I am sending him planking for the deck!) 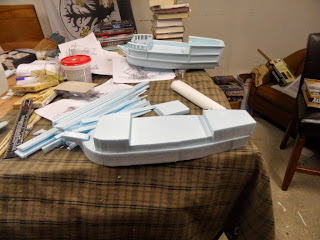 in less than half an hour the model kit was ready to ship (pun intended)
the best part of all the kit is its own packing material! 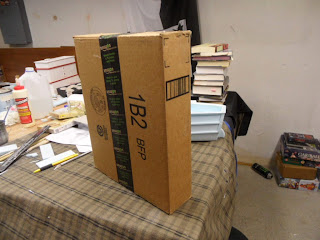 Still two more days if anybody else wants a model kit, probably ships anywhere in the UI.S. for under ten bucks, not really sure about the rest of the world.
Posted by Anton Ryzbak at 12:04 AM