Thus step we will see real progress to a completed boat with the attachment of the castles and the long planks that form the sides of the hull; 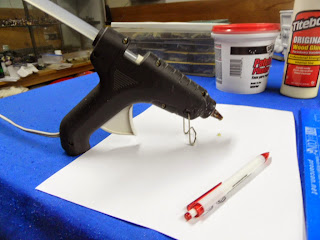 that is if I don't burn myself horribly with the hot-glue gun
(don't ask, we have a long adversarial relationship....it is ugly) 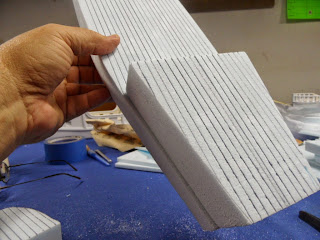 carefully check to see that the parts fit to your satisfaction,
once they are hot glued there is no going back 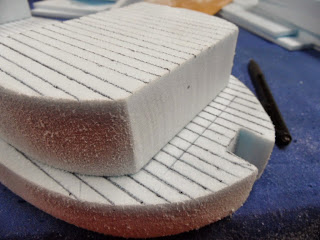 A Note: the hot glue will give a few seconds of adjustment, this IS insulation board and it holds the heat in, but don't count on more than a few seconds 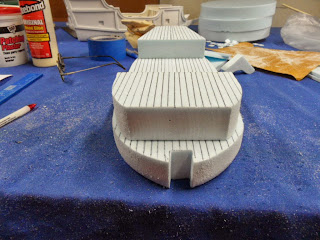 both castles are now in place, glue the stempost in the notch 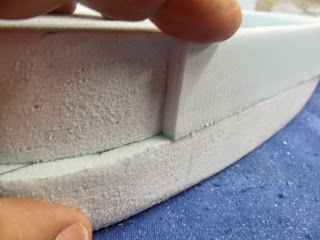 this is the reason for the 1/4" set back,
the hull plank can run from stem to stern as one piece
it is sturdier and there are fewer joints to deal with 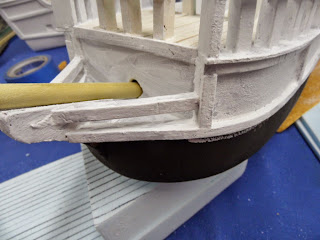 you now have to decide if you wish to have an open prow as pictured above
or an enclosed one seen below, the open prow became more popular as time went by 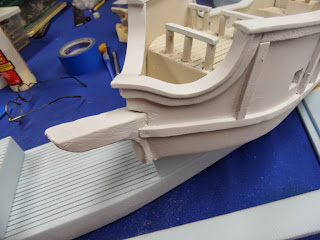 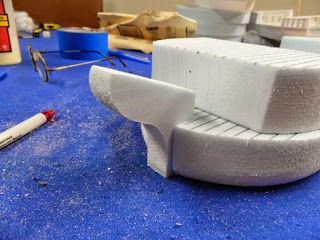 so, with the stempost glued firmly in place we begin
as the open prow is pretty much self-explanatory I will build a closed prow 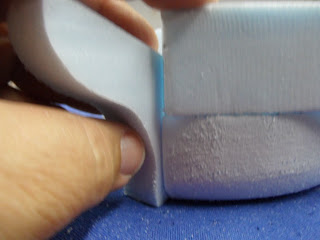 I don't care to measure things, so I just mark them against the location they are to go into, look carefully and you can see a mark where the upper edge of the plank touches the stempost
this is the height of the cut I must make 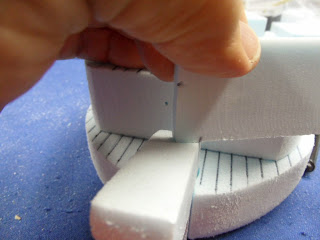 then I mark it for depth 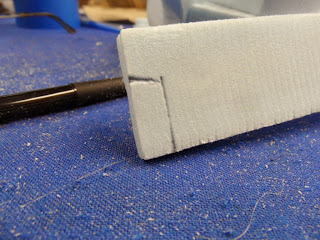 some freehand sketching of the cut
(feel free to actually measure these cut,
I have grown sloppy due to the nearly endless supply of material) 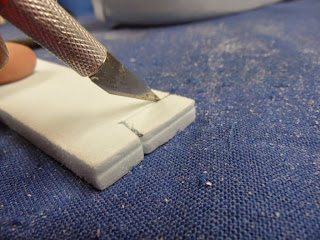 make several light passes with the razor knife, the foam does not have grain like wood but does have and internal structure that will ball up if your knife is dull or you try to cut through all at once 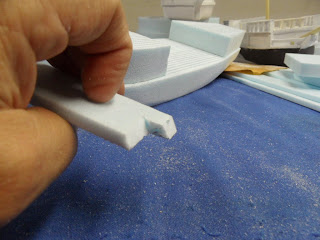 remember to miter the ends 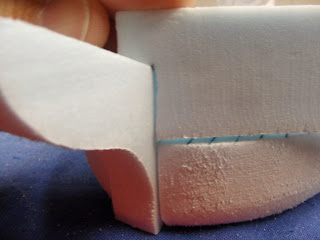 test fit before clueing,
particularly if you are going to use hot glue for this part 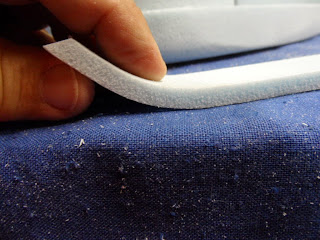 gently curve the foam, make repeated small bends rather than trying to impart the whole curve at once, the foam will gradually accept the new shape 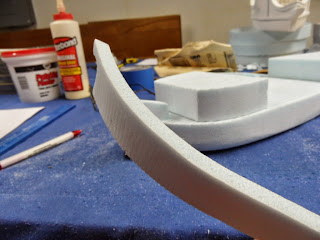 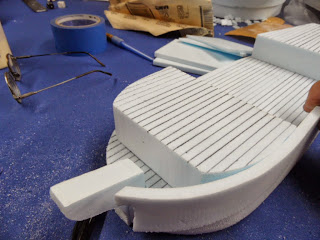 more test fitting, I use this in lieu of careful measurement 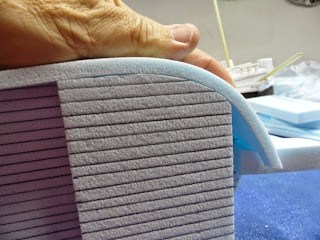 once last check to be sure 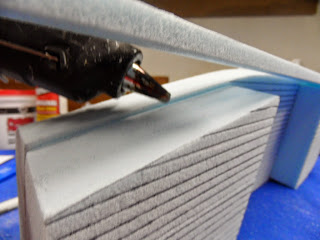 and it is Go Time, hot glue the large areas first
as the thinner beads of glue cool quickly 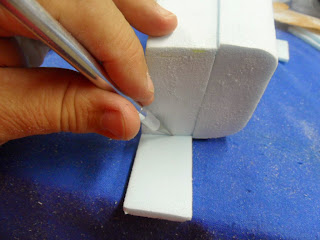 don't worry about the overhang at the back,
it can always be trimmed away later 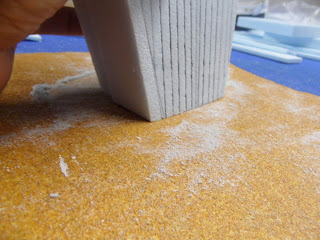 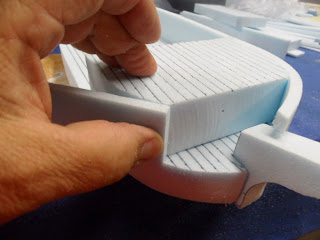 an open prow would begin here,
I would hot glue the very edge and let it cool completely
before moving on to the rest of the curve 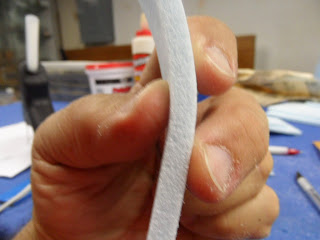 but I an doing a closed prow so there is more bending involved,
this is how I do most of my bending;
by pressing on the stock with my thumb into the gap between my fingers 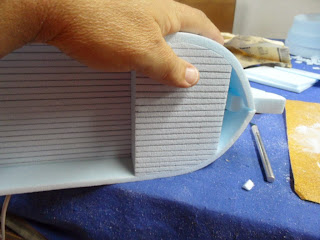 the two places most likely to pull away before the glue sets are the very tip at the bow and the area at the rear edge of the forecastle, press down firmly as the glue cools to avoid this problem 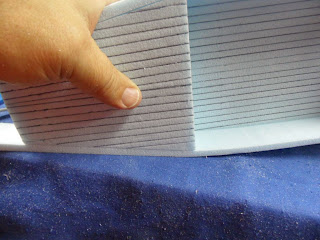 the same applies for the sterncastle, the point where the plank bends at the forward edge of the castle is the place most under stress and most likely to gap before the glue sets, 20-30 seconds should do it 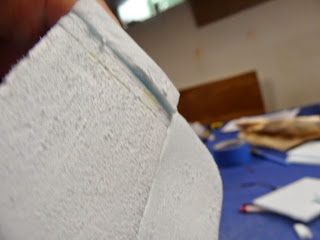 any overhang can be sanded away 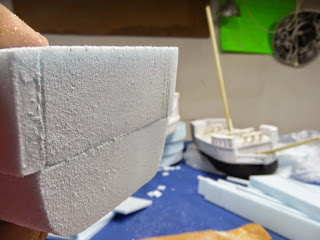 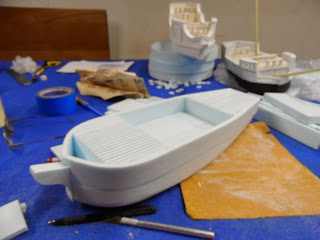 the hull is now complete, next is the upper works and- you guessed it- more sanding