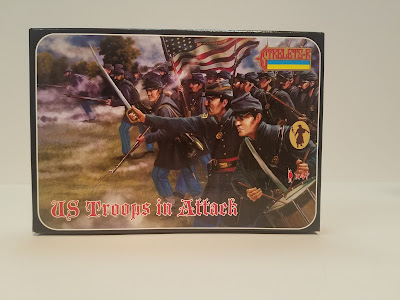 
Here we see the Union Infantry In Attack. The front box art as a nicely done painting of Union troops beginning to advance upon an enemy position it provides good ideas for uniform colors and is suggestive of what is contained in the box. The back of the box is far more helpful as it clearly presents the contents with photographs of the miniatures contained within. The boxes are flimsy but, as the figures inside are flexible, there is no real risk of damage.


Again Strelets-R has chosen to confine the type of figures presented to one theme, this is an idea that I am fully supportive of and is rarely seen in this scale. The troops are all depicted with shouldered arms (which is correct) and in the active poses of men that know they are going to be crossing bullet swept ground and would like to move as quickly as they can. None are running but the sculptor has positioned each figure with a long stride and slightly out of step with the others. Looking at them you get the feeling that they are in a hurry. The only complaint is that all of the soldiers wear the long frock coat, there are no sculpts of the commonly worn sack-coat, or fancy shell jacket, which limits variety somewhat. 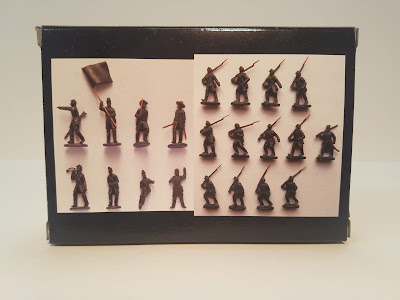 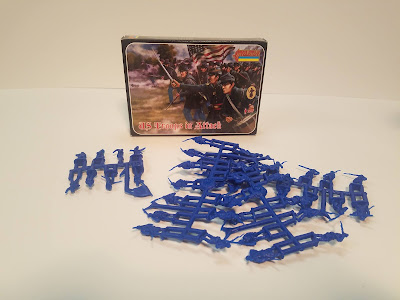 contents of the box, one Command sprue and three of soldiers 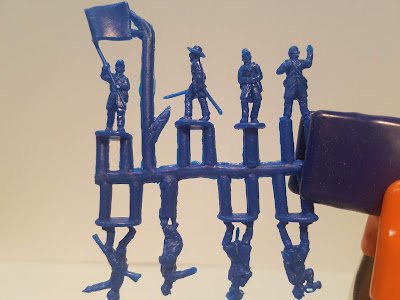 the Command sprue,
excellent poses all and a couple of casualty figures to add to a diorama or to use as status markers  in a wargame, once again Strelets have sculpted the standard-bearer in a way that makes it easy to replace the staff with a bit of wire and the flag with a paper or cloth flag 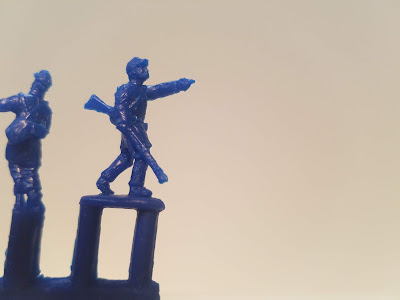 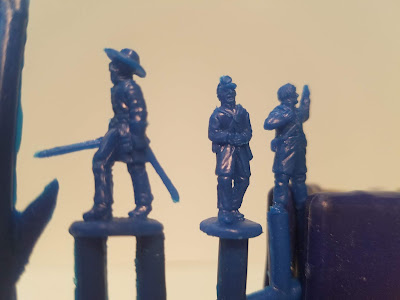 while the Colonel marches forward with his sword drawn 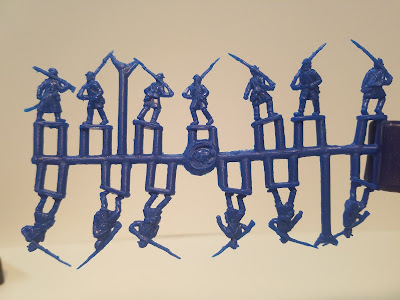 infantry, side A
well posed and sculpted they are slightly out of step
and there is a considerable variety in they way they carry their kit 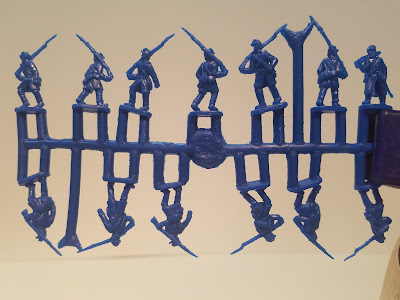 infantry, side B
you get a real sense of movement from these sculpts 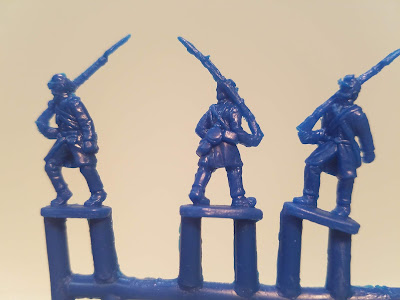 close up,
there is a subtle variation in size and mass of the sculpts that creates a realistic variety
among the figures, well defined details will make these easy figures to paint