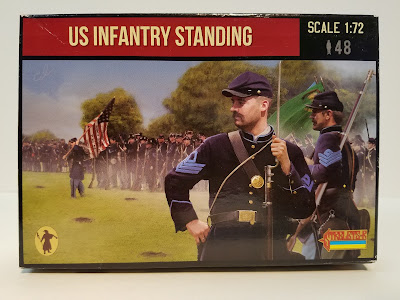 
Here we see the Union Infantry Standing set. The front box art looks like a weird montage of Photoshopped re-enactors but provides decent ideas for uniform colors and is suggestive of what is contained in the box. The back of the box is far more helpful as it clearly presents the contents with photographs of the miniatures contained within. The boxes are flimsy but, as the figures inside are flexible, there is no real risk of damage.

This is an interesting set of miniatures in that most of the poses seem to have been lifted from period photographs; pretty much a mirror of the CSA box but lacking the photographers (I would recommend getting both sets as there is a good many figures that could change sides with a simple coat of paint). They are excellent for dioramas and for those little vignette pieces that make wargaming terrain pieces stand out; guards, camp scenes, command stands and the like. 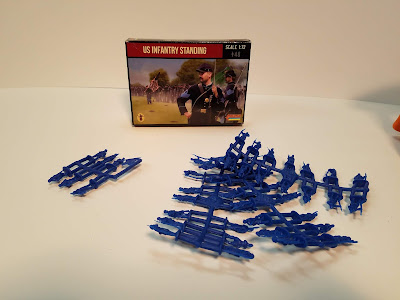 box with contents one Command sprue and three of soldiers 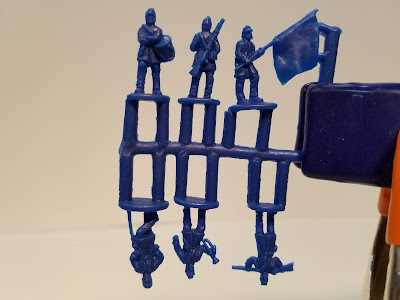 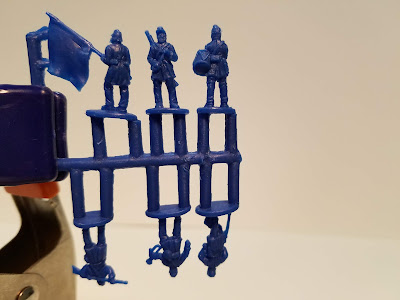 Command sprue, side B 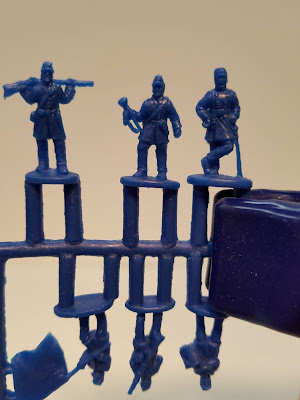 a close-up of the Command sprue,
the poses look like they have been lifted straight out of period photographs
the fellow with the rifle over his shoulders is a common pose
for the infantry ever since the musket was introduced 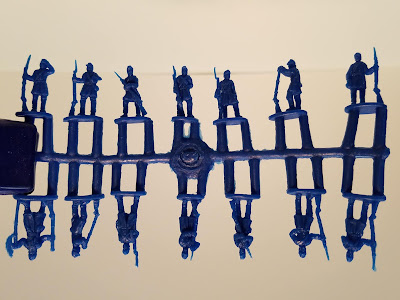 infantry sprue, side A
sadly there is a Muscovite figure in each set, giving three useless figures
I might be less concerned if it were a true "bonus" figure
but they include him in the figure count shown on the box 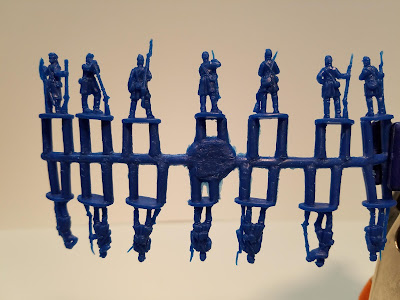 infantry sprue, side B
again the poses are right out of life 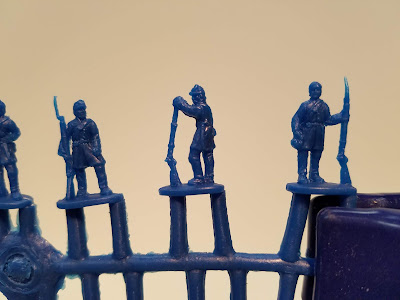 a close-up, the fellow on the right looks like one of those studio shots so often seen
the other two look like they are bored to death doing guard duty

Top-notch stuff, these troops can be used to flesh out the rear ranks of wargame formations or to provide detail to model vignettes. The only unfortunate thing is that they are all sculpted in the longer frock-coat; no sack coats or shell jackets in sight which gives them a more formal, early-war feel. Aside from that I would happily recommend these to anyone interested in the U.S. Civil war in 1/72 scale.