Strelets-R USA Infantry on the March 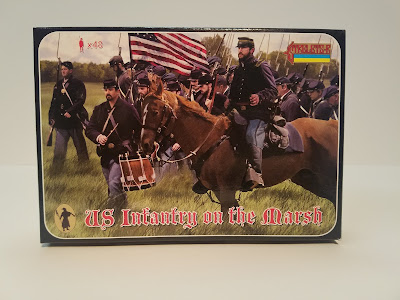 
Here we see the Union Infantry on the Marsh set. The front box art is a weird montage of Photoshopped re-enactors but provides decent ideas for uniform colors and is suggestive of what is contained in the box. I have to say that when I first looked at the box title I thought it was going to contain some weird figures cut off at the knee as if the were marching in a marsh, in reality Strelets fell victim to a near-miss in translation; these lads are simply marching The back of the box is far more helpful as it clearly presents the contents with photographs of the miniatures contained within (don't get your hopes up, there is no mounted officer). The boxes are flimsy but, as the figures inside are flexible, there is no real risk of damage.

This is a very useful set as it depicts soldiers doing what they did most of the time marching along carrying their kit and hoping something bad doesn't happen to them. These are perfect for assembling wargaming formations or building dioramas of battles as as it provides realistically proportioned and posed figures that can be assembled into attractive formations. The figures are sculpted marching, they are slightly out of step and they each carry their kit in a slightly different manner. My only complaint is that they are all wearing the full length frock coat, none of the models depict soldiers wearing the more popular sack-coat or fancy shell jacket. 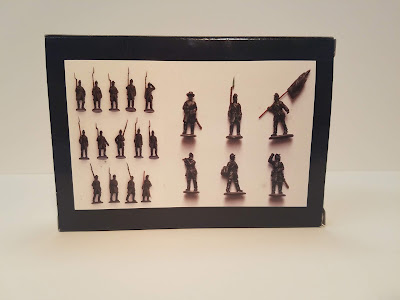 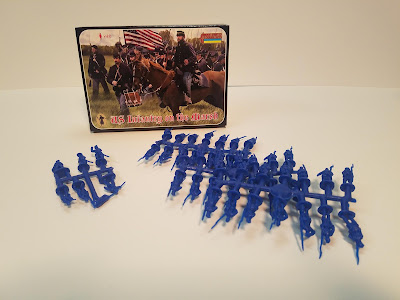 the box with contents,
one Command sprue and three of marching soldiers 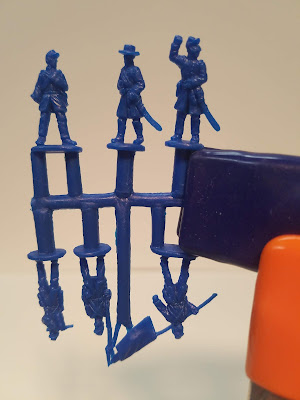 Command sprue, side B
once again Strelets was nice enough to cast the flag-bearer in such a way that the plastic staff
and flag can be cut away and easily replaced with a wire staff and paper or cloth flag 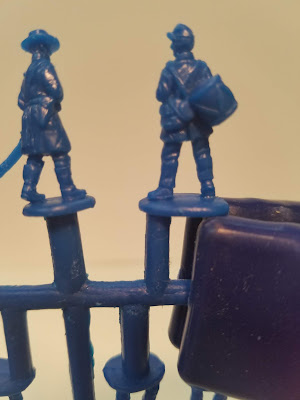 close up, the figures are all well sculpted and posed 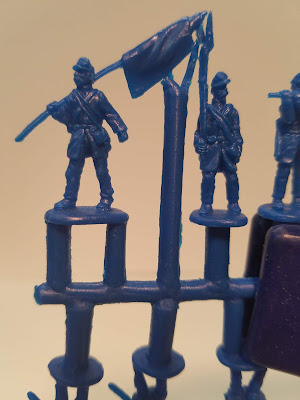 the flag-bearer is the only figure in an awkward pose,
his arms are out of sync with his feet
I understand this from a casting point of view but there are better ways 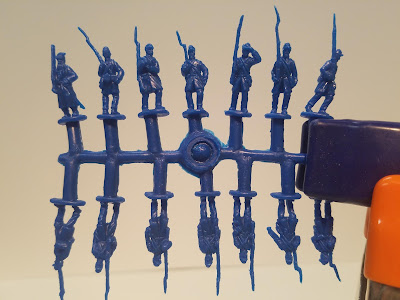 infantry, side A
this has an unfortunate Muscovite interloper visible on the upper left 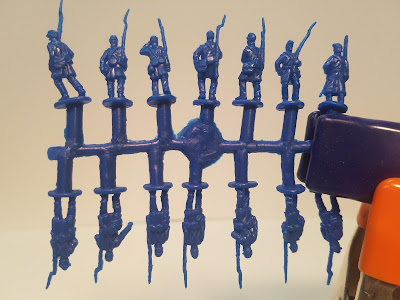 infantry, side B
again well sculpted and realistically posed,
I do like the fact that there is a minor variations in height,
to often plastic figures end up looking like an army of department store mannequins;
all exactly the same height and proportions 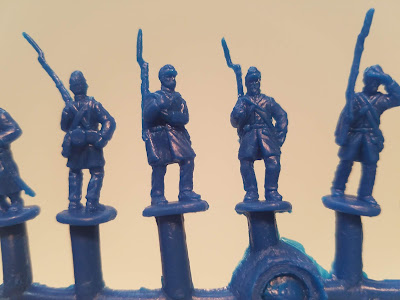 well detailed and deeply sculpted these should be fun to paint
(well, aside from that "everybody is dressed in a dark blue coat and light blue pants" thing)
I like the guy mopping his brow, wool uniforms can get hot 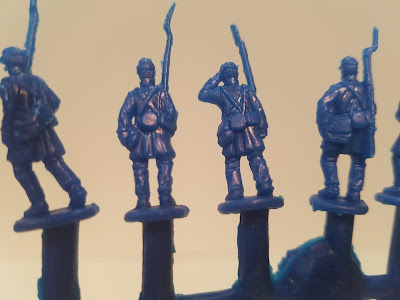 An excellent set. This would be my first choice if I were building a Union army in this scale. For dioramas or wargaming this will certainly provide the bulk of poses that you would find need for.
Posted by Anton Ryzbak at 9:30 AM