Aside from the pleasure of not being in charge of setting up and running the game one of the real joys of attending a game hosted by Rich Uncle Pat is his visually satisfying gaming table. He spends a great deal of time and energy constructing realistic tabletops and providing nicely painted minis. This game pitted Communist revolutionaries against the Rhodesian government forces. We use Specter rules which provided an easy to understand and quick playing game. 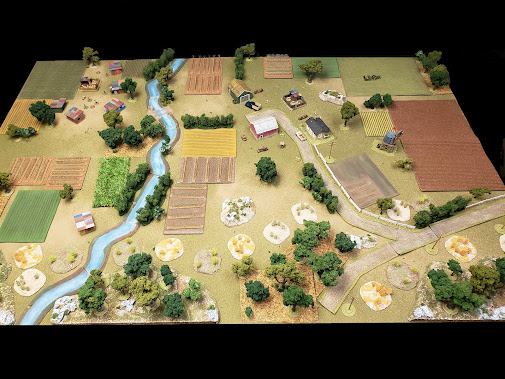 another one of R.U.P.'s fabulous tables,
follow this link to see some of his other games 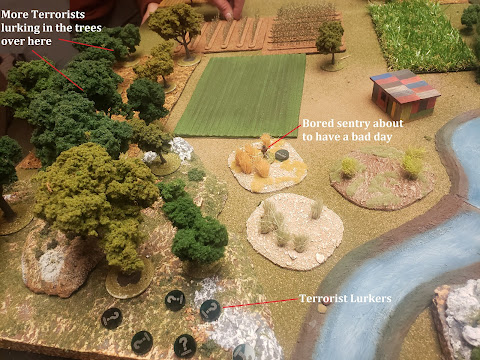 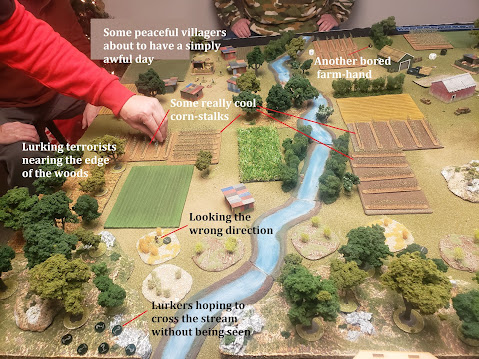 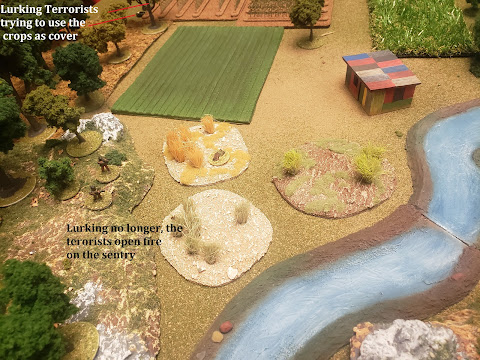 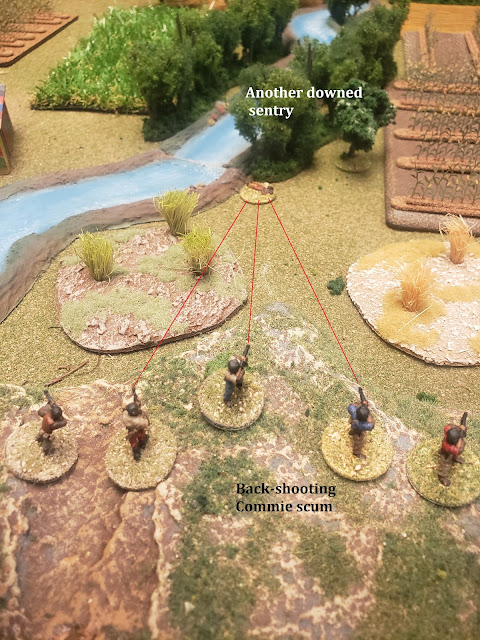 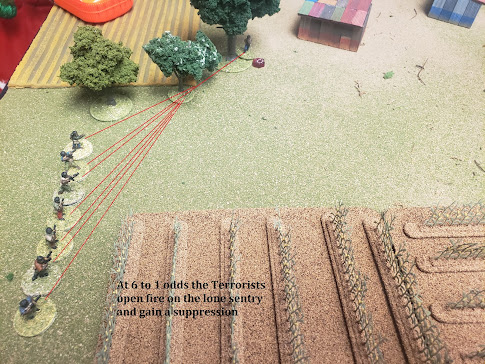 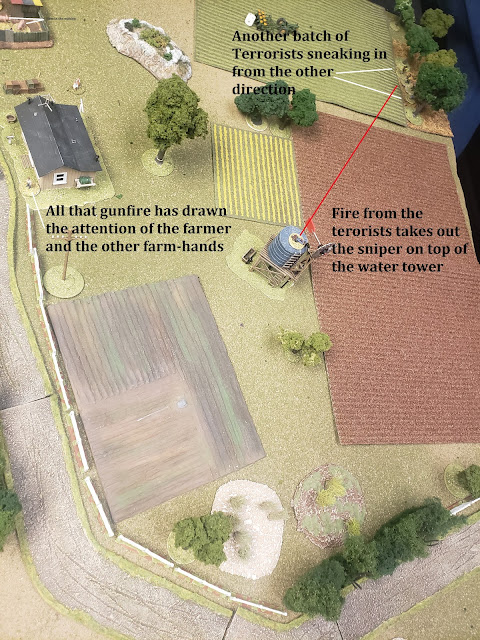 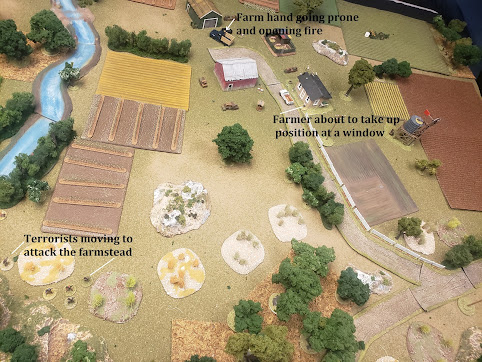 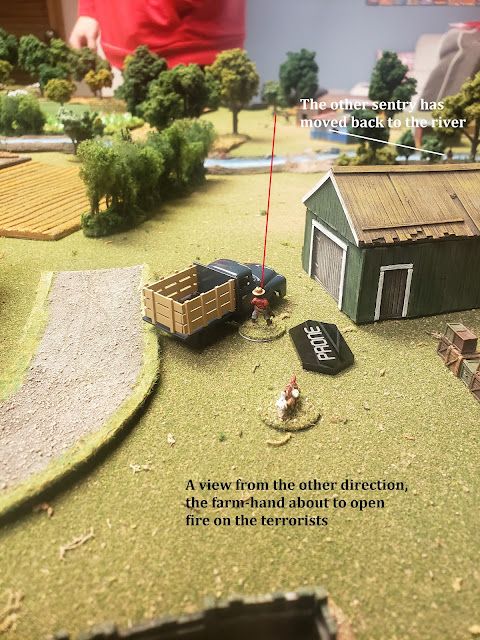 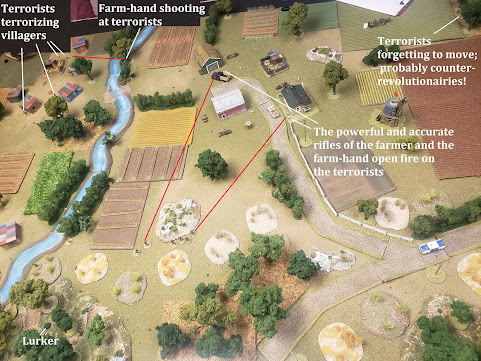 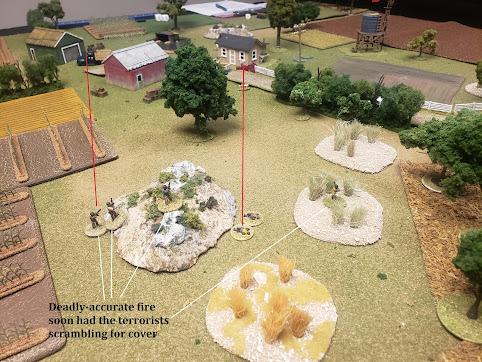 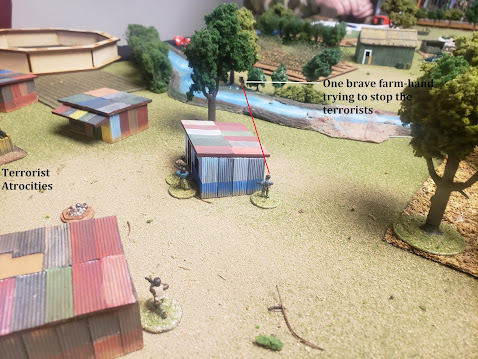 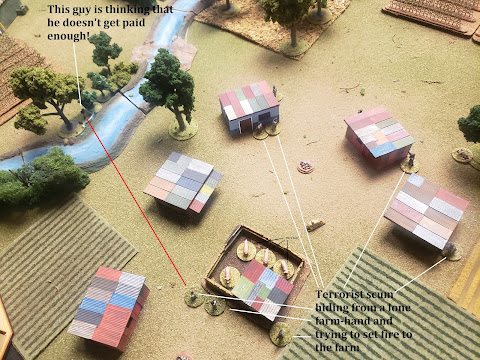 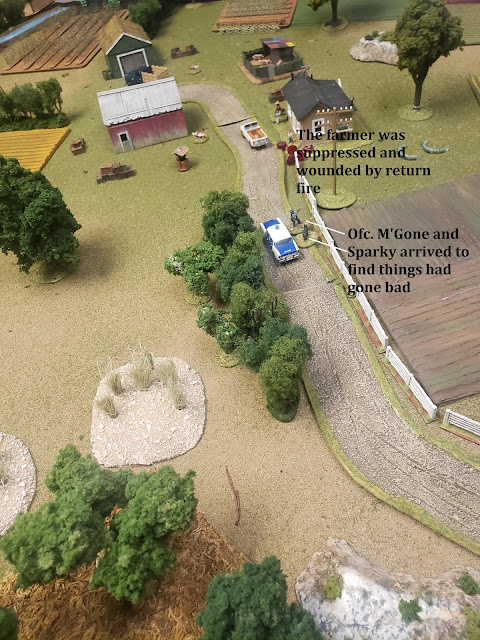 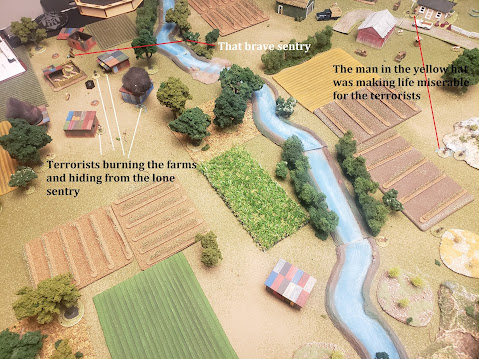 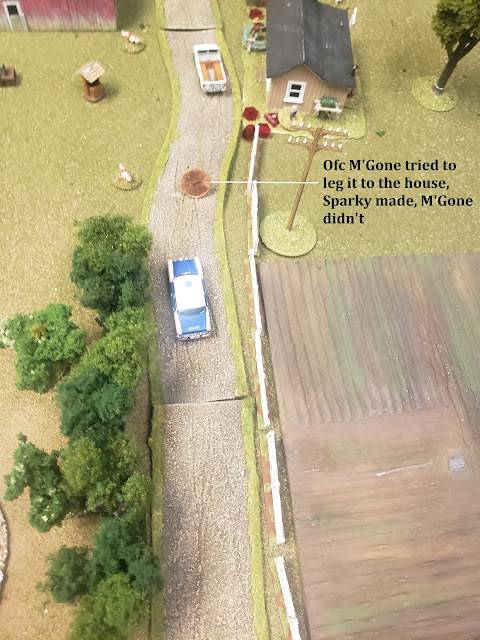 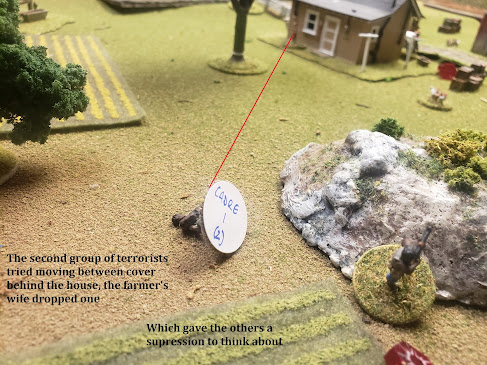 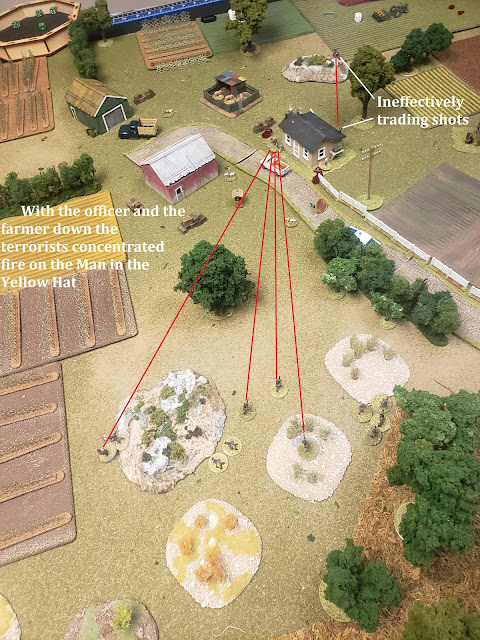 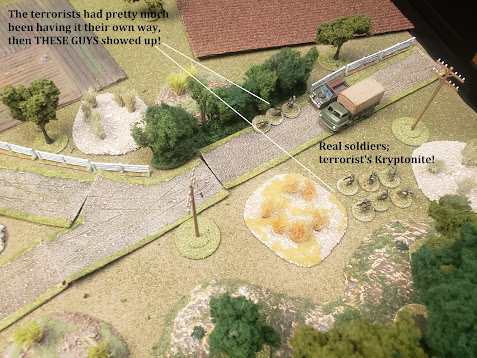 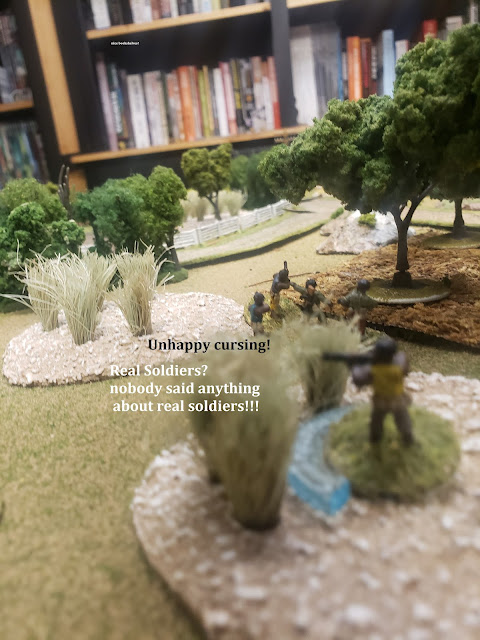 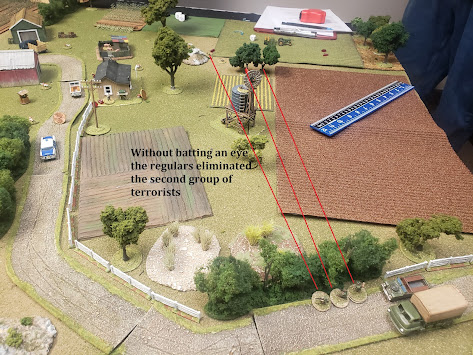 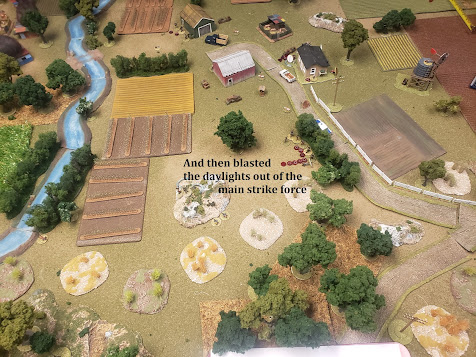 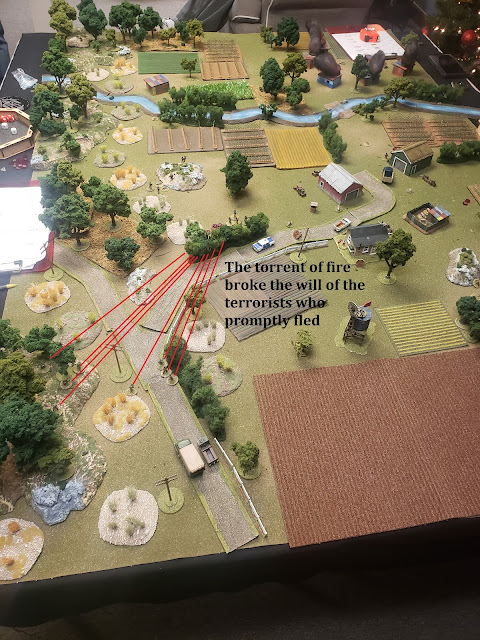 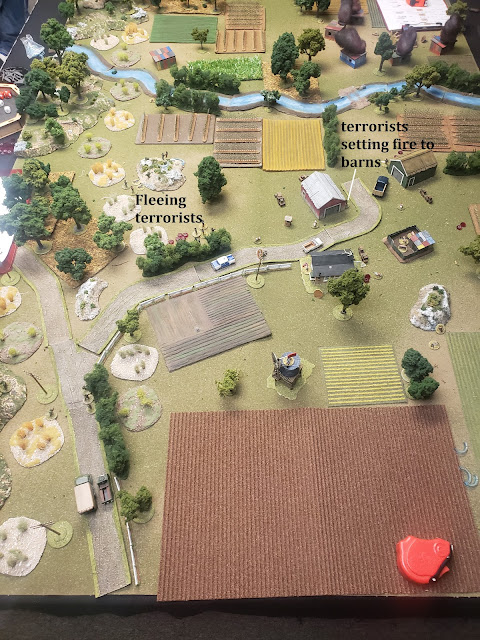 This game was a blast. The lurking terrorists were forced to move hoping that the random action of the bored sentries didn't expose them. The rifles of the Farmer and the Man With the Yellow Hat were a shocker to the terrorists, the range and power dwarfed that of the AK's . Of course, once the Regulars showed up the pendulum swung the other way with sudden violence and the terrorists were forced to flee or die.