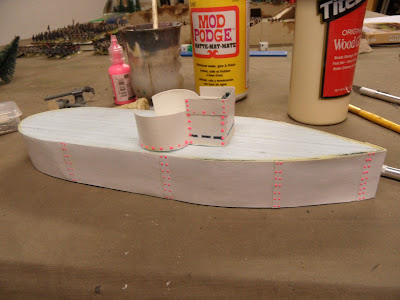 As I applied the rivets to the model I was busy thinking about just how I wanted this model armed. The size and number of the torpedo tubes seemed to overwhelm the tiny hull, and the hull seemed to lack the sleek lines of a fast torpedo craft so I decided to re-direct the construction toward a colonial gunboat. This seemed much more in keeping with both the size and hull-form that I had made.

In looking at the funnel that I had be using I decided it was too heavy for this small hull. Not having any plastic tubing large enough to do the job I decided to fabricate a pair. I grabbed a couple of spent .38cal revolver cartridges, they were just the right diameter would ensure that the tube was round. I then cut some typing paper into a likely sized height and made two narrow tubes of paper. 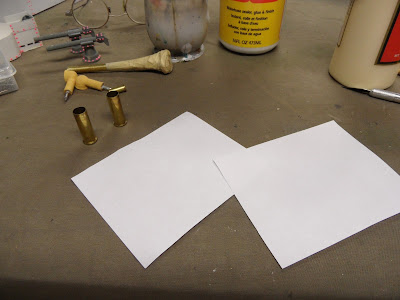 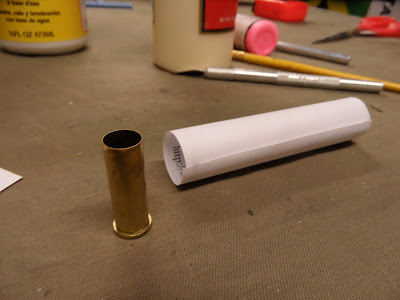 the revolver brass was just the right size 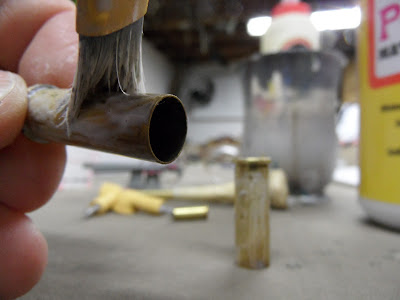 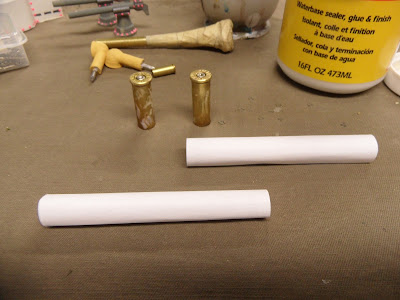 roll the paper tubes very tightly before gluing to the casings 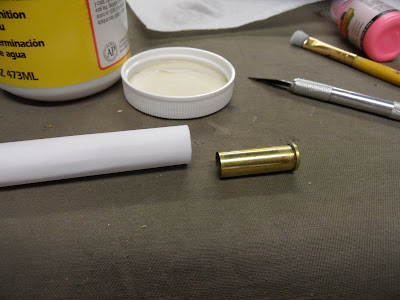 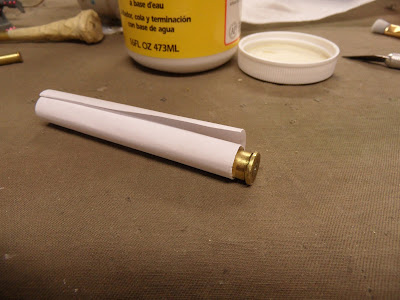 with the spare case in place I glued the tube 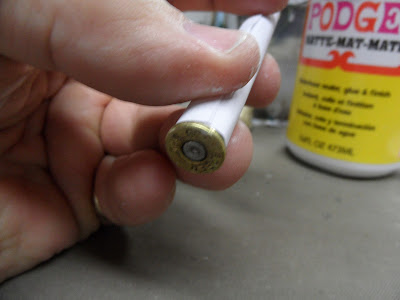 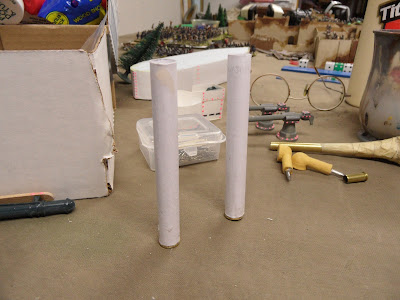 I still wanted the boat to have a torpedo capability so I added a bow-tube; 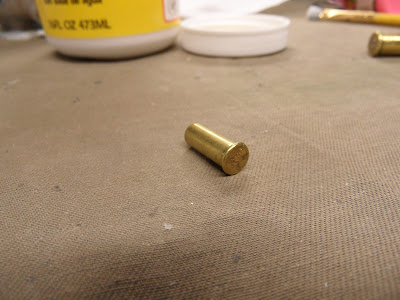 another pistol case, this time a .22cal formed the end of the tube 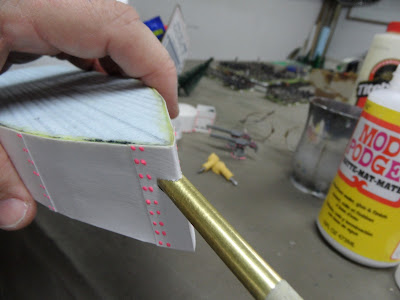 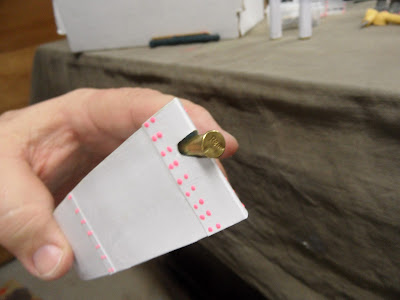 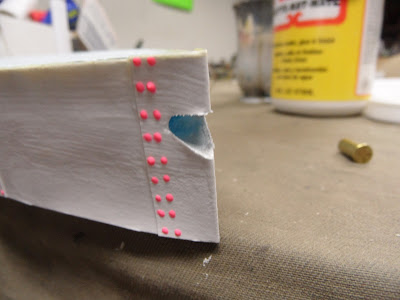 the hole was liberally doused with glue and the case inserted 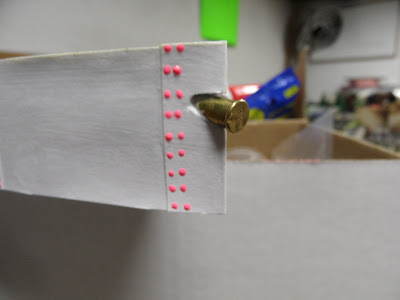 This vessel will have a very sparse superstructure with just a con, a brace each of funnels and ventilators and a pair of guns so again I spent some time fiddling with the set-up so that it "looked right". I had grabbed some smaller guns from another project to free up deck space and give the whole model a lighter look. They were already painted gray, this took a bit of painting to cover! 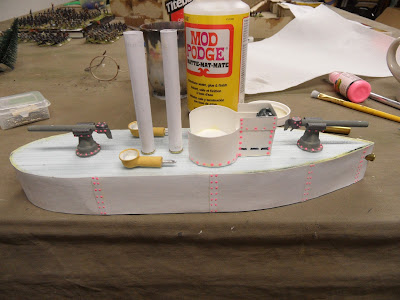 I decided that the hull looked too plain so I added some portholes, just to provide some interest. 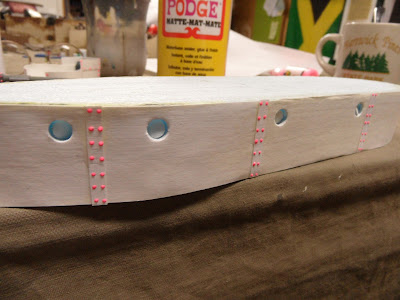 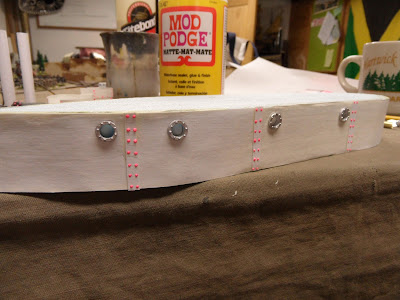 and the portholes (courtesy of Reverisco) were popped into place

At this point the model needed a quick splash of paint so that I could get a feel for how it would look when finished, just in case there was some fine-tuning  called for. This is when I remembered just how poorly yellow paint covers other colors. 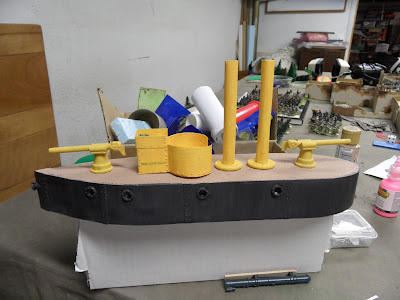 starting to come together rather nicely 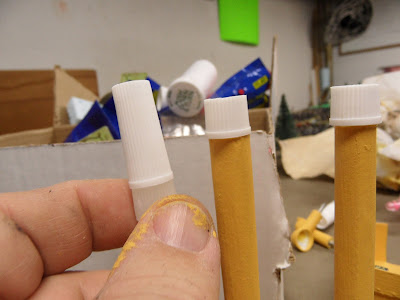 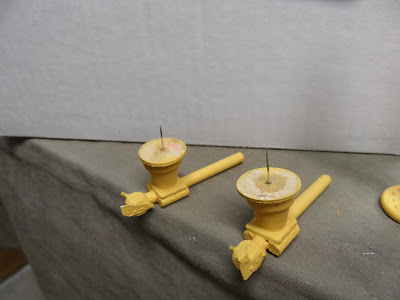 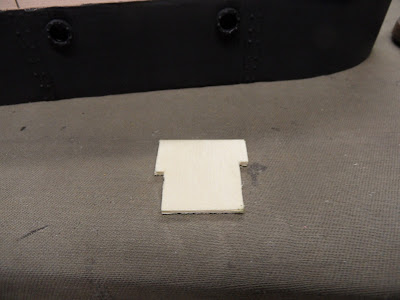 railings were a pain until I made this little item,
behold the magnificent Railing Widget 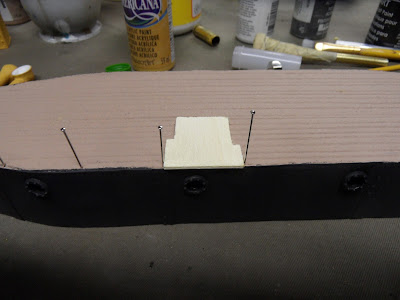 it spaces,
you can use any of the various parts of the shape to get even spacing of your stanchions 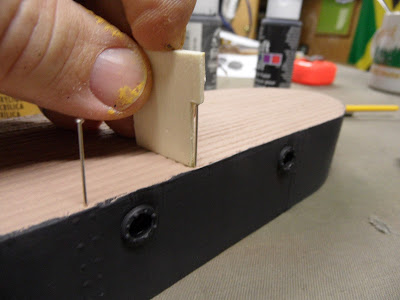 it presses, this ensures that the railings stanchions are all the same height 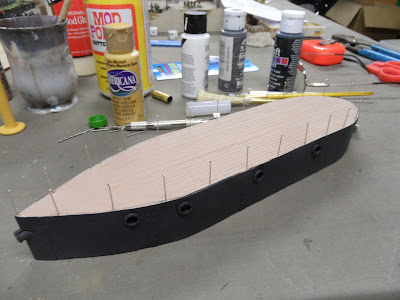 ready for the railing lines 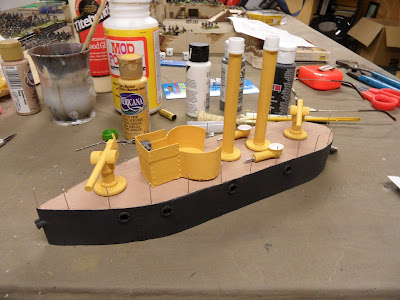 but first, one final check for "the Look" 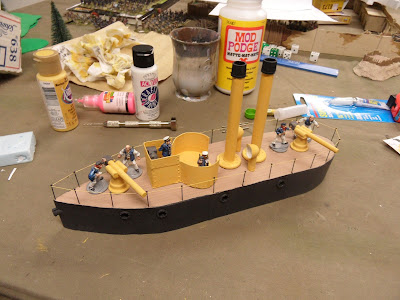 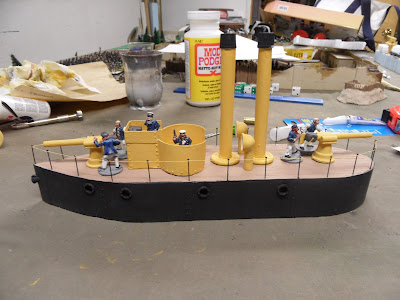 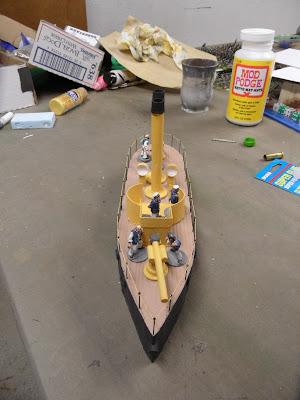 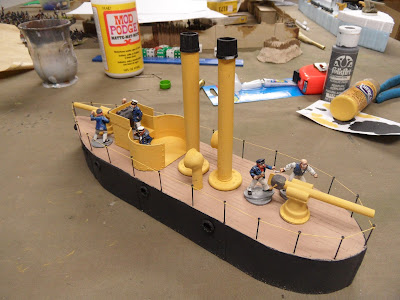 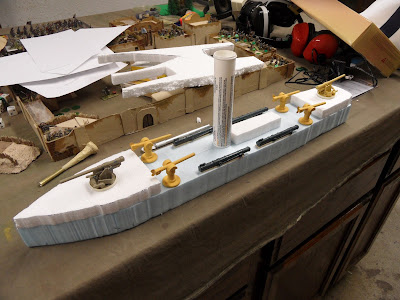 a teaser, this is the new Nemesis, she will be next