After failing to build a torpedoe boat I decided to upgrade Nemesis to a light cruiser sized vessels. This allows me to fit all four torpedoe tubes onto the hull and fit an array of guns as well.  Turning to the French idea of a commerce raider, heavily enough armed to defeat anything fast enough to catch it and fast enough to outrun any thing that can out-gun it she will sport a pair of eight inch guns as well as four each five inch guns and torpedoe-launchers. 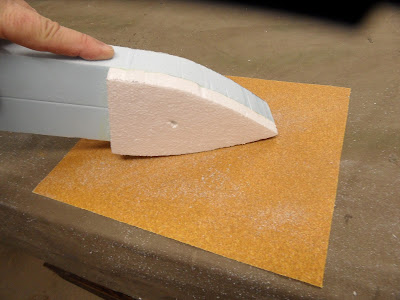 the foam hull was pretty uneven and I used 60grit sandpaper to smooth the shape,
keep a shop-vac handy if you are going to do this, it is very messy 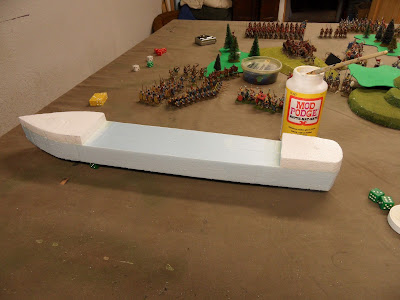 the hull-form was looking a lot better now 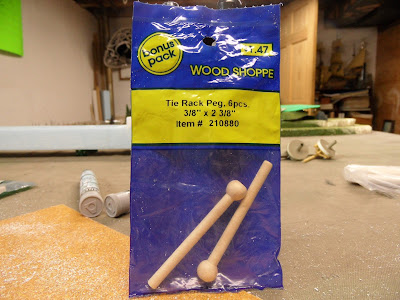 some people see these as tie-rack pins, I see cannon barrels 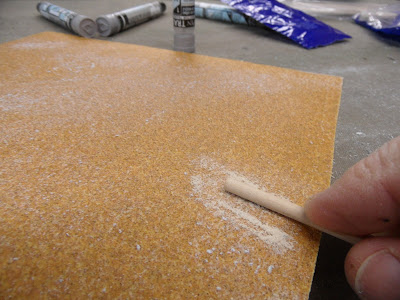 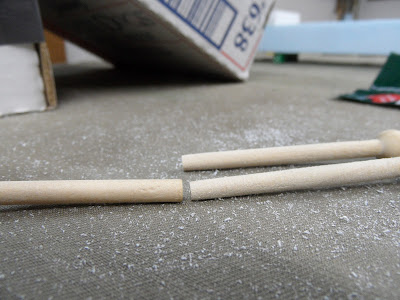 not much taper, but it makes to resulting gun look so much better 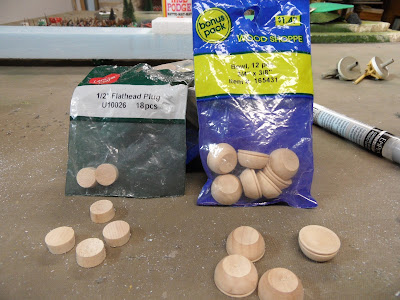 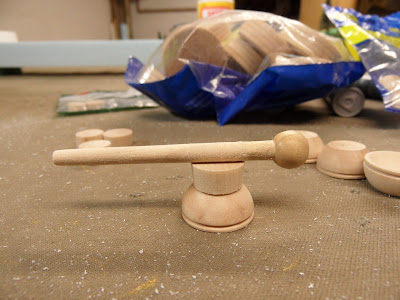 see what I mean, coming along pretty well 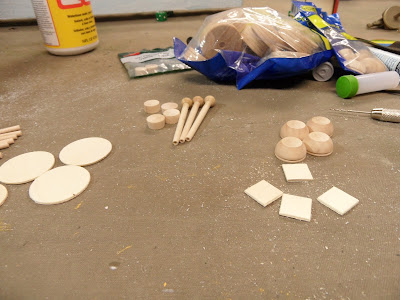 with the parts all prepared assembly can begin 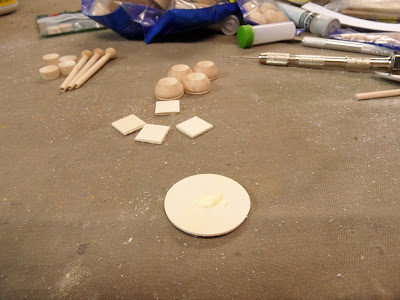 first, a tiny dab of wood glue, spread this thinly, you don't need much 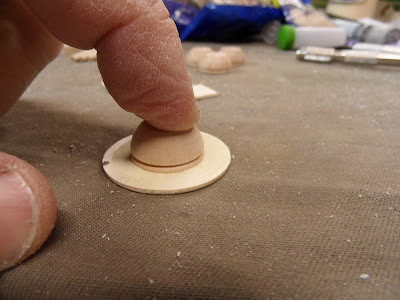 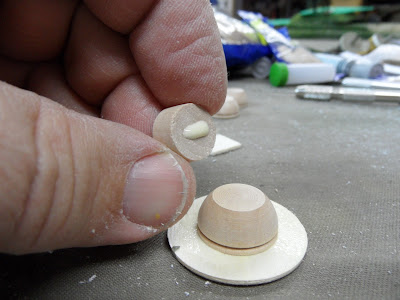 another tiny dab of glue 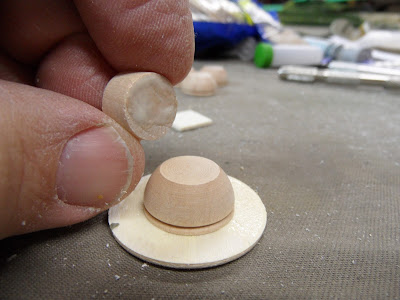 spread it thinly before assembly 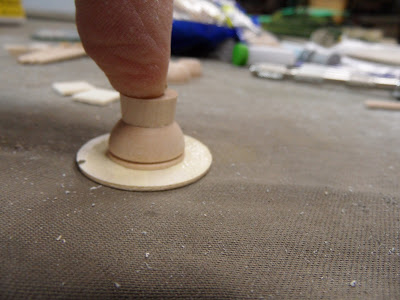 and press into place 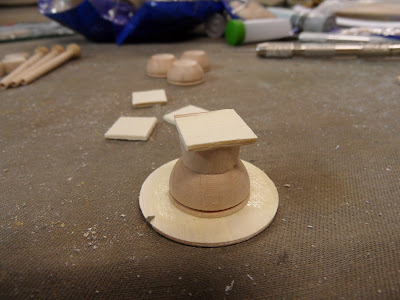 a small square of ply serves as the cradle 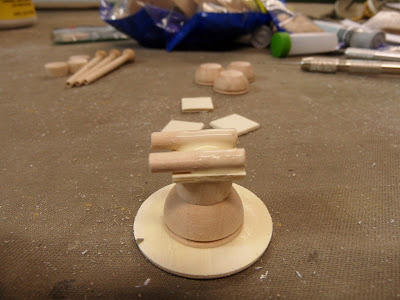 two short bits of dowel are the recoil cylinders 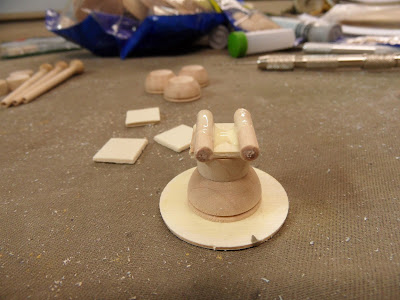 be sure they are square and evenly spaced 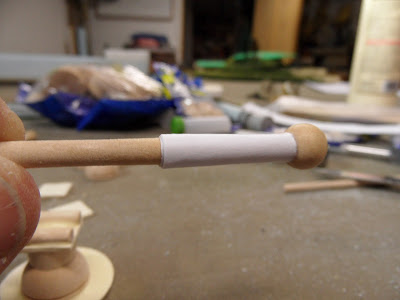 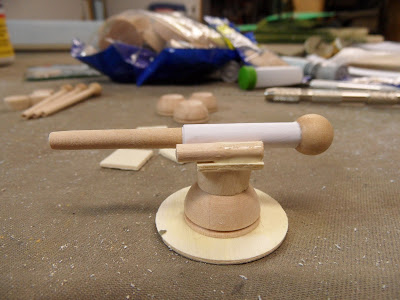 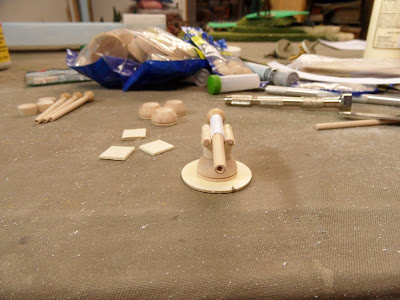 be sure to center the barrel 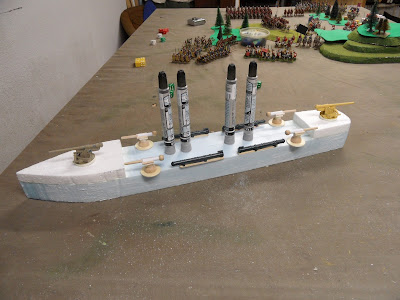 then a quick check to see how the "look" is developing 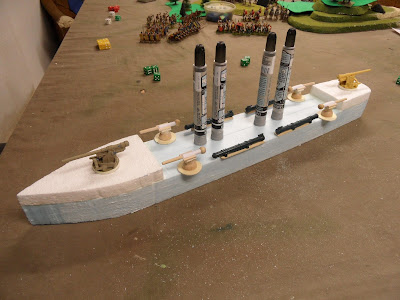 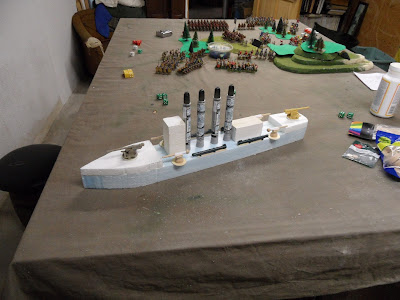 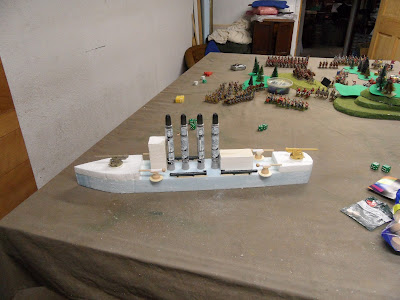 I am not entirely sold on the four skinny funnels 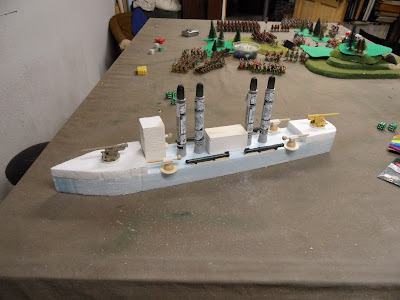 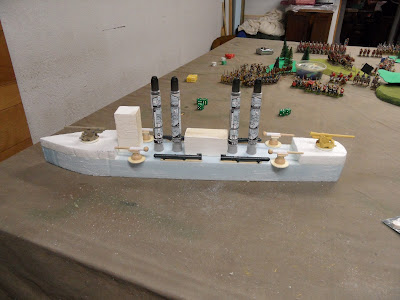 next comes the fun of cladding the hull in card (yeah)