A little something that I threw together

Some time back The Housemartin was running a game set in 1939 featuring the Japanese and Russians slugging it out in Manchuria. He was running the game in 15mm, Flames of War I believe, and wanted some aircraft to use in the game. A short search of the internet revealed that there was a shortage of aircraft in 1/144 scale for that conflict and he prevailed upon (more like he implied that I wasn't up to it) me to scratchbuild some for him. I knocked out an I-153bis and a Nakajima Ki-27 "Nate" from some balsa and cardstock. 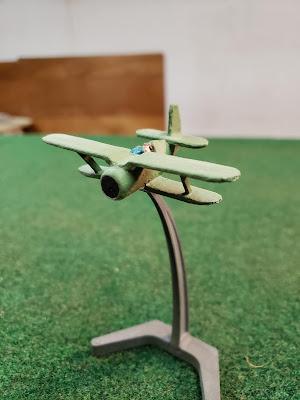 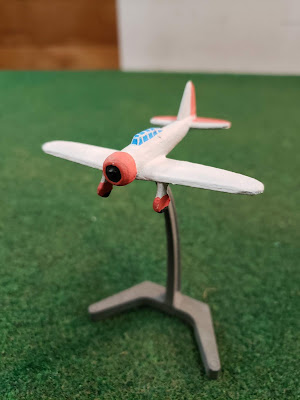 Certainly no award winners but they are easily identifiable
Posted by Anton Ryzbak at 1:53 AM