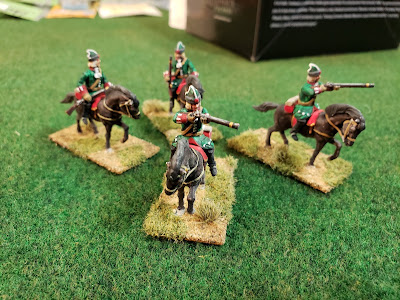 Now that I have my painting mojo back I hope to get the rest of the Horse done this year. Here we find the Hautepol Dragoons (at least that is what I think the unit name is......I have to confess to not being able to clearly read the unit name on my painting note). A French unit from before the turn of the century (that would be the 17th-18th century divide). To represent their "Jack-of-all-Trades" mission I modeled them with some soldiers waving swords, others armed with pistols while some other lads were using their long guns. The figures firing the musket got their arms (both literally and figuratively) from the spare parts from an infantry set. I will probably break down and build some converted foot to use as dismounted Dragoons.
I do love plastic figures, all of the models in this unit were built using the same basic figure. The Warlord set provides a vast array of options and the ability to import parts from the infantry set expands the possibilities even further. 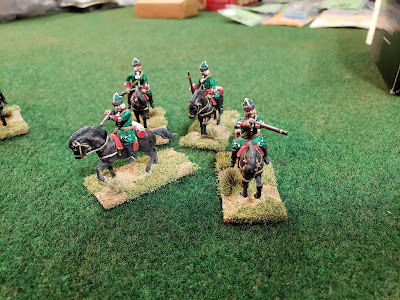 Dragoons were most commonly used for outpost and advance guard duties 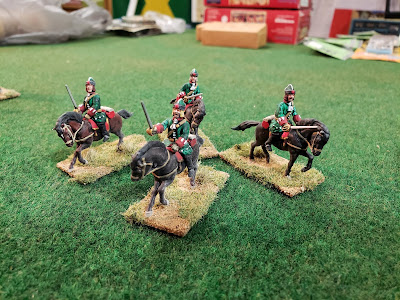 the fact that they had horses and carried swords (of a sort)
caused some generals to use them as Horse, this usually ended badly for the Dragoons 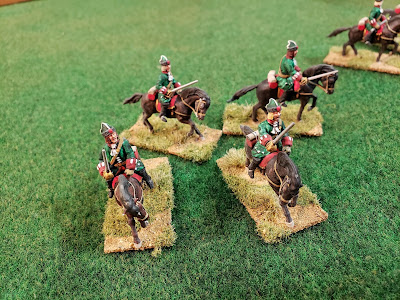 but against bad cavalry, or disorganized foot, they had a chance 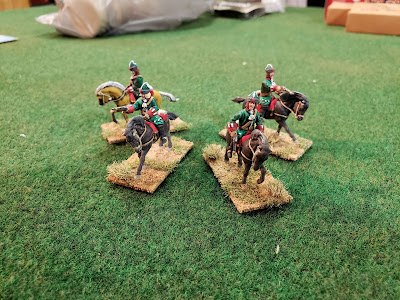 some were given pistols as well as muskets, further blurring their purpose 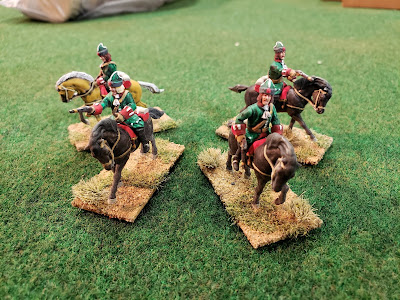 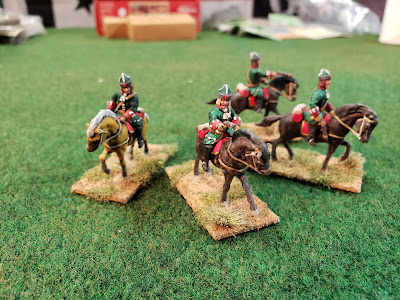 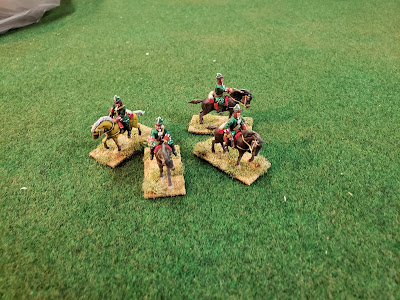 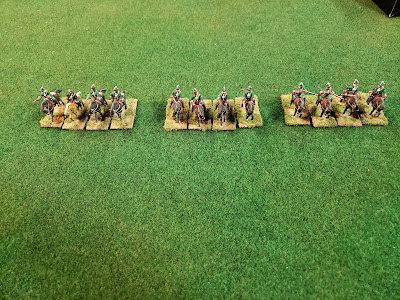 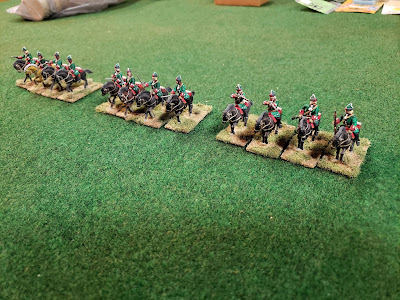 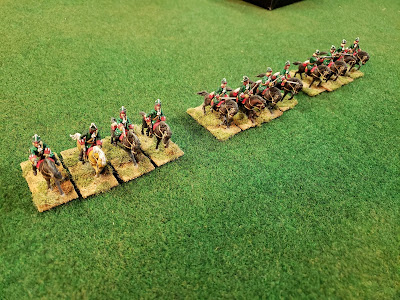