Having started the Epricurean Wars Campaign it occurred to me that the armies that I had drawn up considerably exceeded the figures that I had based for the Tercio rule set that we are using. After a deep sigh I descended into the workshop and cut a bunch of bases  out of matte board and sat myself down to the tedious task of carving minis off of the bases they were on, only to them attach them to the new bases and conduct the flocking procedure. I find that decaf coffee and Vivaldi's Four Seasons helps with this...... 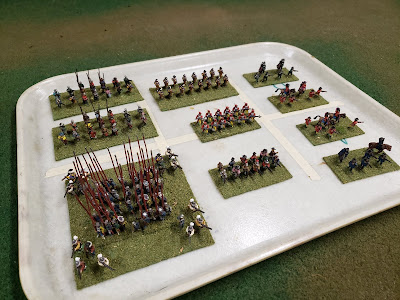 not bad for a ninety minute work session 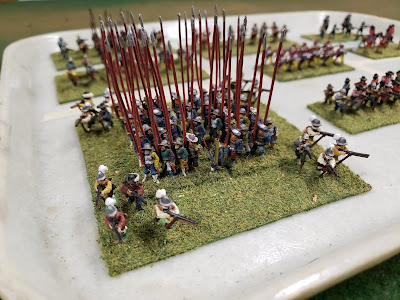 this one was built to reflect the very best of the Gluttonian Proper Meal faction Tercio Viejo, hardened veterans committed to traditional ways and tactics

in going over the lists I realized that several armies had dragoon units but I had none based up,
now I have four 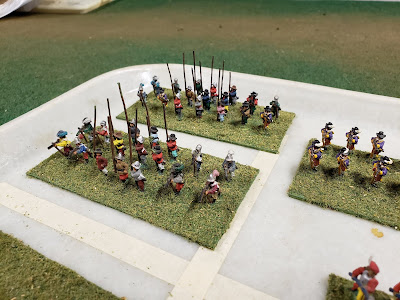 Now all that is left are a few hundred more Foot, two dozen guns and about a hundred Horse before I get started on the Nylian and Mindoran forces.

Well, it seems that the coffee wasn't decaf. Unable to sleep I ended up finishing a bunch more units for Tercio while being serenaded by the Dropkick Murphys. 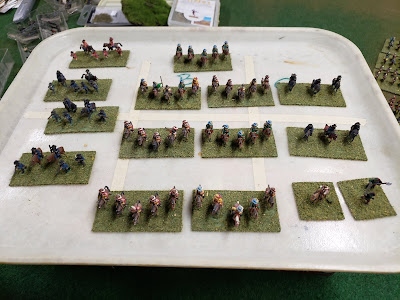 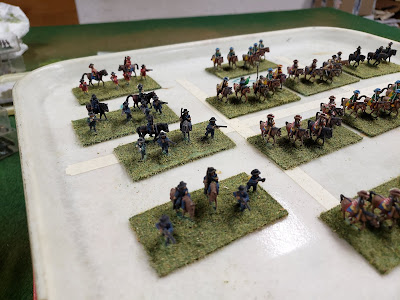 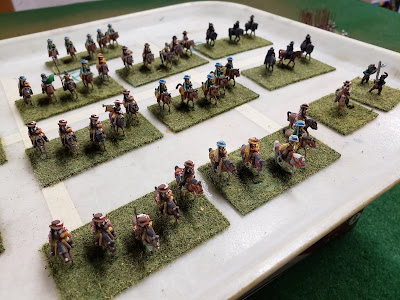 seven more Horse, I wasn't really suffering a shortage of them but what else am I supposed to do?
the two generals are on the extreme right with two units of Light Horse behind them 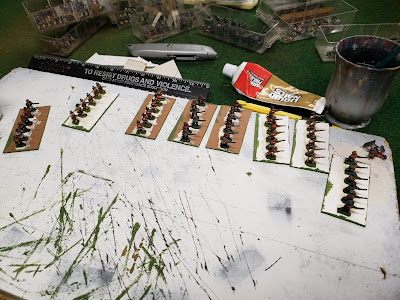 I based up eight Shot Companies but the glue wasn't drying fast enough to allow flocking them, tomorrow mornings work 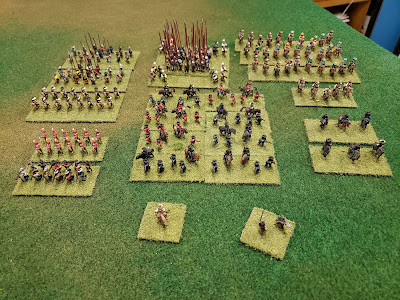 not bad for an evening's entertainment