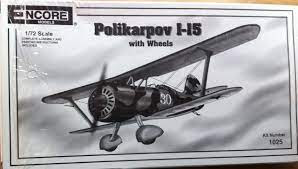 In my endless quest for more aircraft with spats I managed to acquire two of these little gems. As usual with Encore kits you get a good-quality decal sheet with a nice choice of options and a faithful reproduction of some other manufacturer's kit; in this case an old ICM mold. The kit went together just fine until it was time for me to install the upper wing when a combination of my fat fingers and vague instructions made things a bit dodgy. But, in the end tube cement and careful adjustments brought things together in a satisfactory manner. This first one joined the Soviet Air Force (of course) I'm still trying to decide on Chinese or Spanish for the second one. Of course nothing is stopping me from rounding up another one and doing both! 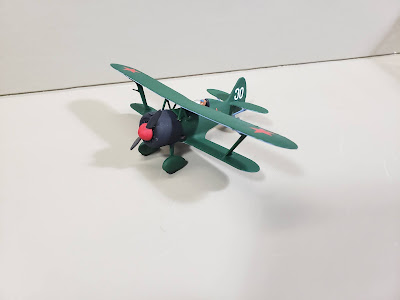 there is no mistaking the Polikarpov blood-line in this bird 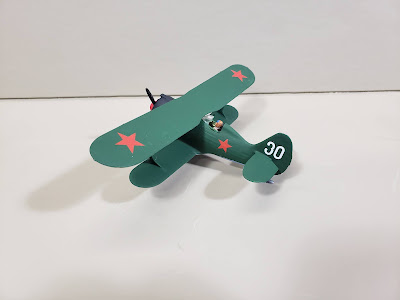 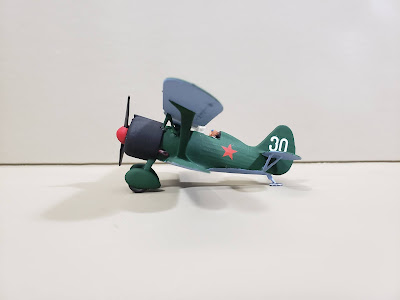 the I-15 held it's own in Spain and early-on in the Far East but no amount of streamlining and engine upgrades could make it keep pace with the all-metal monoplanes built just a few years later
on the other hand; just look at those huge spats! 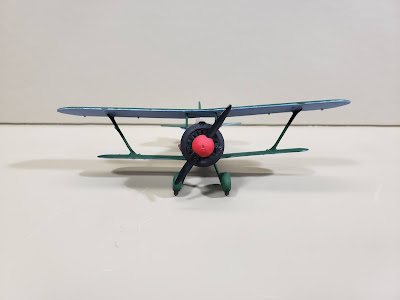 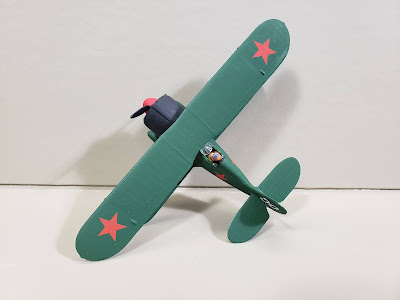 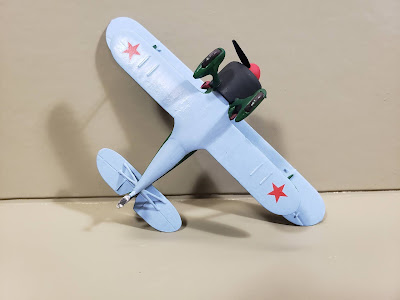