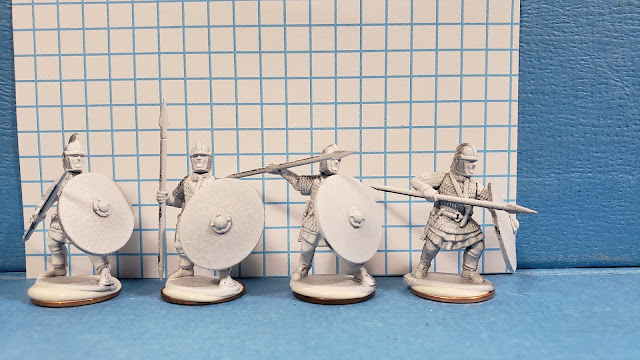 One of the reasons that people go on about the metric system is that it so standardized.......in my experience there seems to be either a significant growth in the size of a millimeter or a problem with its application in the world of toy soldiers. Thus we are forced to use highly unscientific instruments such as the MK. I Eyeball when measuring our models. My work around is to simply stand them up side-by-each and take a look. It has worked well for me in the past so I present a photographic record of my efforts for perusal . 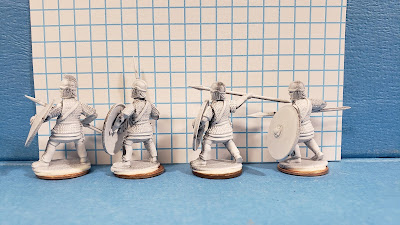 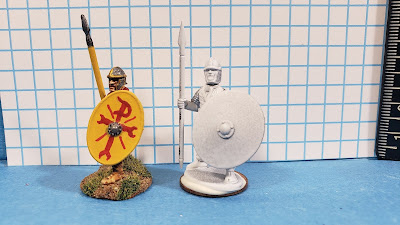 next to a Late Roman Infantryman from Gripping Beast 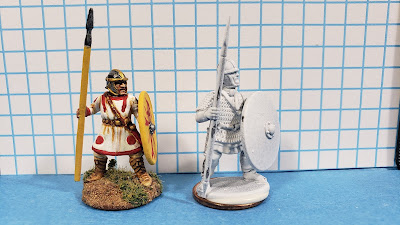 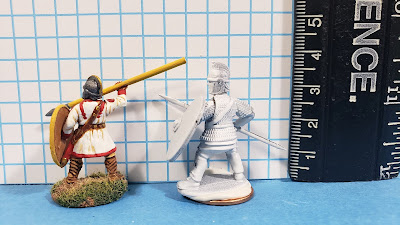 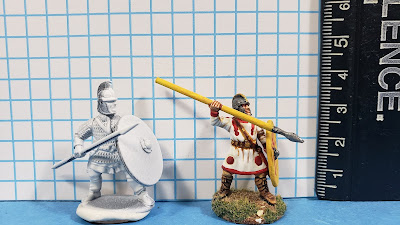 although, the more I read about the collapse of the Roman Empire
there is a distinct chance that dregs of different units would end up fighting shoulder to shoulder 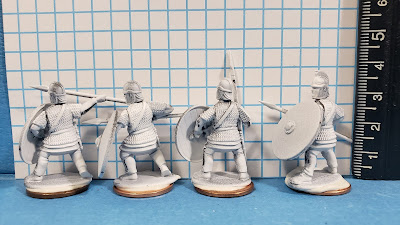 here is the whole crew with the ruler in sight 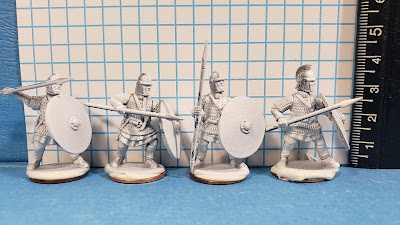 please note that the minis are mounted on US pennies which are about 2mm thick
Posted by Anton Ryzbak at 11:42 PM