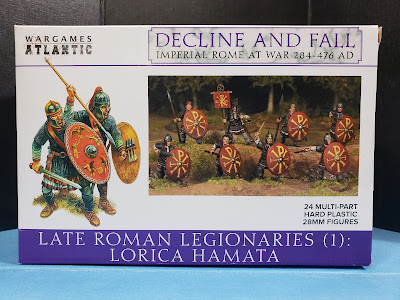 the box front
Wargames Atlantic has gone and done it again. I have already built and painted the Gripping Beast Late Roman Infantry (which look like they are from a slightly later period than this latest release) so I didn't really need these, but need is such a subjective concept. Let's just say I wanted them and leave it at that. Inside you will find twenty-four beautifully sculpted and detailed plastic multi-pose figures that provide a mind-boggling number of assembly options. Completely free of flash and nearly devoid of mold-lines these figures are cast in the softer gray plastic that is common these days, it takes the detail well and is easy to trim and modify (which means I will be spending simply ages making different poses out of these guys). 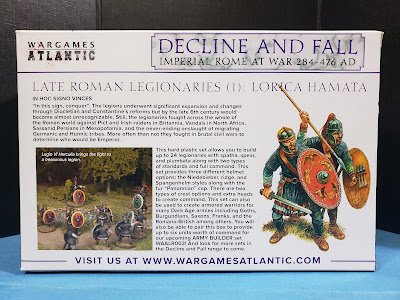 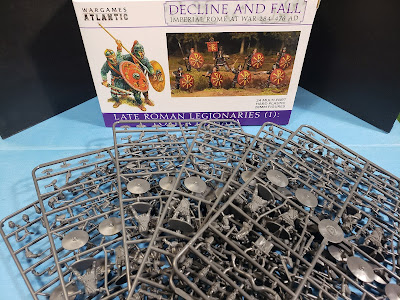 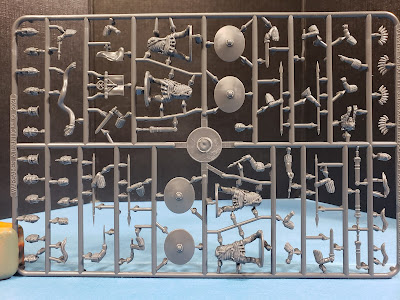 the sprue, side A 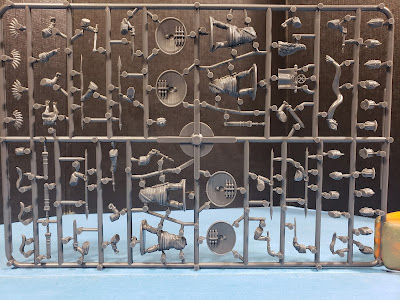 the sprue, side B 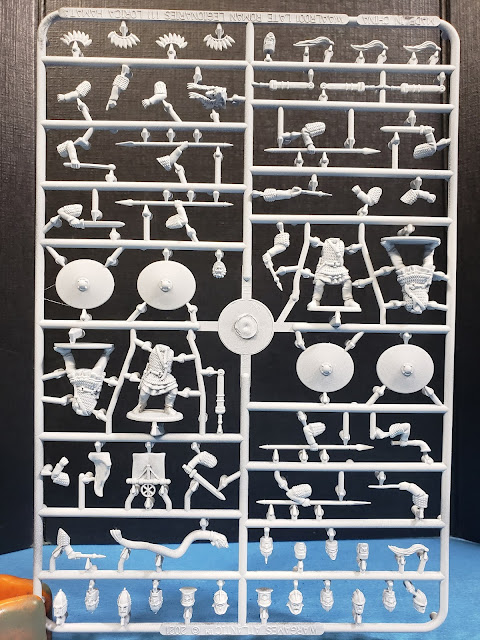 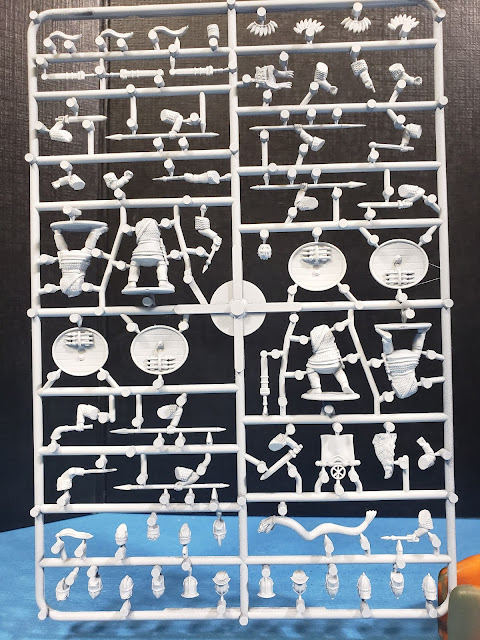 this made the crisp detail really pop 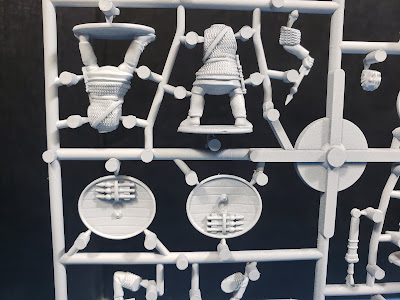 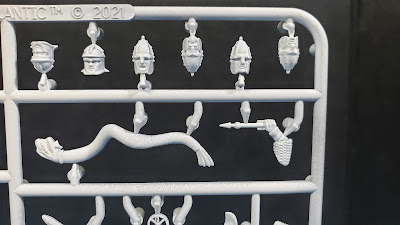 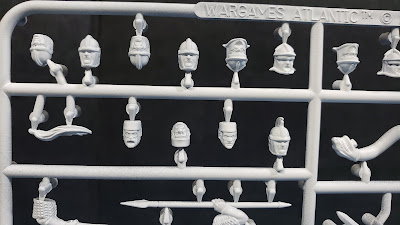 there are tons of options, what to do with all these spares? 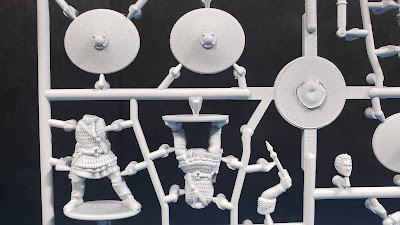 the chainmail is very well rendered 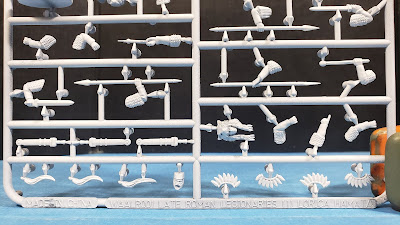 and there is no shortage of weapons choices

I will get some of these assembled ASAP so that I can do a side-by-side with the Gripping Beast Late Romans to see if they are compatible. There is an implication on the box that an "Army Builder" set of Late Roman infantry is due out fairly soon, this would be an excellent deal if it is set up like the Prussian Reservists with sixty figures in a box for the same price as the usual twenty four. Be that as it may these are still an excellent value for money. You will be hard pressed to find better detail and variety of options in 28mm Late Romans.