The Plastic Soldier Company (don't you just love companies that tell you up-front what they are all about, none of this dodgy "AmRamCo" or "Questrorinics" BS) has also just released their 15mm Late War Germans to go with their earlier Russian offerings. Molded in the same sturdy plastic as the Russians and with the same fine degree of detail these are excellent figures. With 130 figures in the box this will be all the Germans you will ever need for Flames of War (and most other systems). In the box you will find 10 NCOs, 15 LMGs and 90 grunts spread across six sprues. Highly reccommended!

Photos after the break... 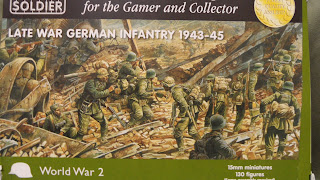 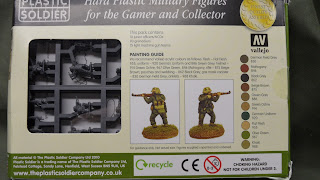 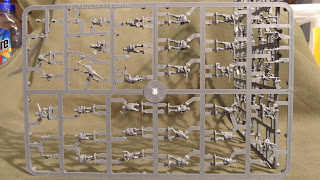 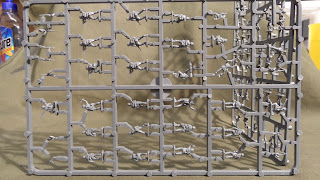 This is the breakthrough that wargamers have been waiting for in 15mm, the 28mm crew has had access to an ever-larger selection ﻿for the past few years. Now the 15mm players have some superb sets in what has to be the most popular period for 15mm gaming. Next up Ancients? Napoleonics? .....One can hope.
Posted by Anton Ryzbak at 10:36 AM