One thing that comes up from time to time is the question of size vs scale. The habit of wargames to refer to things in a "size" say  15mm rather than a strict scale was one of the things that confused me when I switched from scale modelling to wargaming all those years ago.

In 15mm "size" all the figures are supposed to be 15mm from the bottom of the foot to the eye, Shaquille O'Neal or Tatum O'Neal; both models would be 15mm tall. In modelling a scale is strict, in 1/100 scale  the Shack would be about 17mm tall and Tatum might reach 13mm. This can make it difficult to use products from different manufacturers together as they might interpet what 15mm works out to as a scale. This is not that much of a problem with people as they do indeed come in many different sizes, but things like tanks are made in factories and are built to pretty narrow design margins, thuis the models should be very similar in size. I don't know enough to provide detailed commentary as to accuracy and so I will present the side by side photos without comment. I report, you decide.

The models are presented in the same order in all the pictures, we will start with the 85mm gun version; 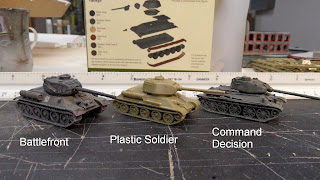 more pictures after the break 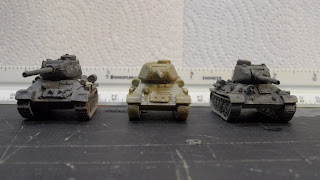 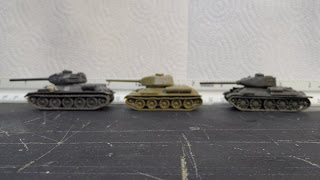 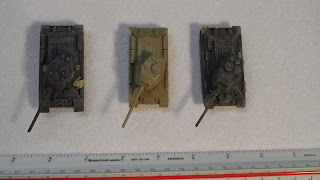 And now the T-34/76, here I have a wider selection of manufacturers so the models have been relabelled. 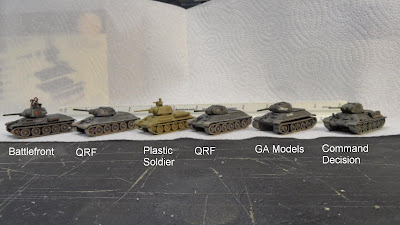 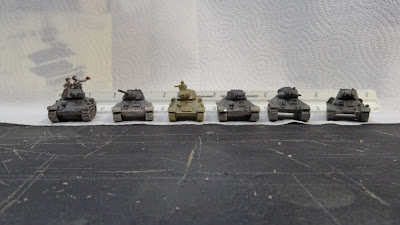 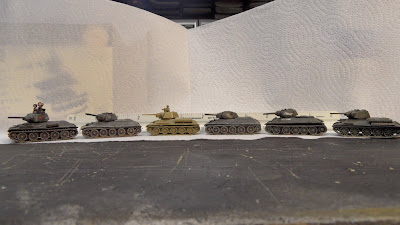 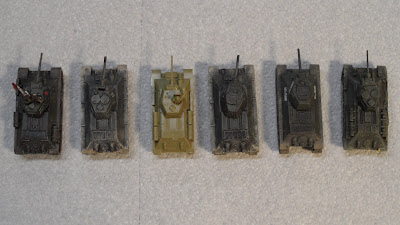