Having spent last weekend building and painting a towns worth of 28mm buildings I decided to take it easy and give the Zvezda 1/100 scale kits a try. I was interested in the BM-13 in particular as I had a great deal of difficulty with the Battlefront model that I had attempted. As noted earlier the Zvezda kit is a snap-together model and is very cleanly cast. I decided to start with the part that had given me the most trouble before, the launch-rails and elevation frame. This went together like a dream, despite being made of four tiny parts. The fit was perfect and the parts snapped cleanly into place (I glued them anyways). 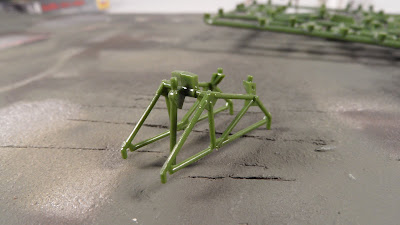 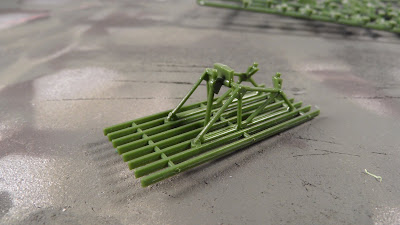 Next up was the rear suspension unit, be careful when assembling these parts as there is a definite inside-wheel and outside-wheel (these have the lug-nuts on them). 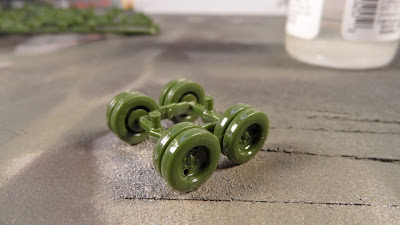 these snapped on fine, I glued them anyways 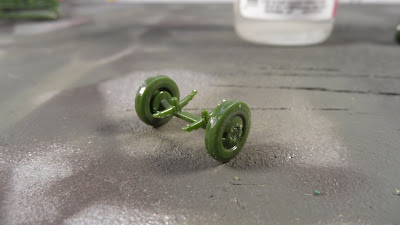 be careful cutting the front suspension from the sprue, it is tiny and fragile

Next I removed the rest of the truck parts from the sprues, I carefully bent the hood as shown in the instructions and cleaned off the few mold lines. 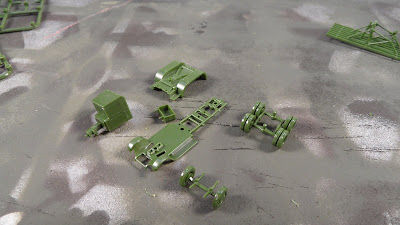 The rear bed is molded in one piece with the fenders and is held in place by the pins extending downward from the fuel tank into the chassis. Be careful not to trim these off. 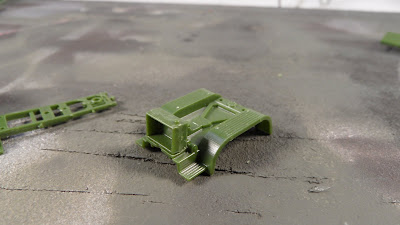 the fuel tank attached to the rear bed 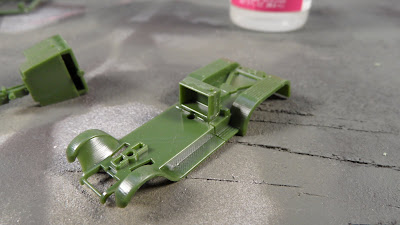 the rear bed mounted to the chassis

The cab is made in two parts, a front bit that is the firewall, doors and windows; and a rear bit that consists of the back and top. These fit neatly together and then I attached the engine to the firewall. This then dropped onto the chassis. 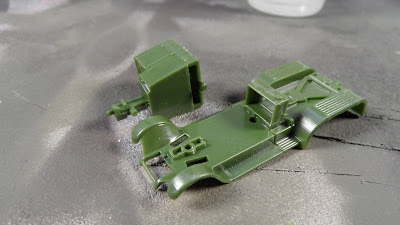 the cab ready to be attached 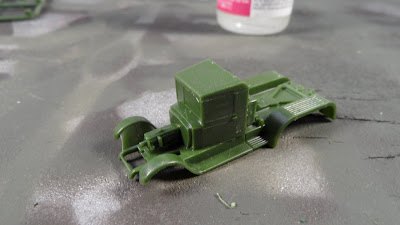 and there it is

The radiator and engine hood were next. The radiator tucks down between the frame members and than onto the lug on the front of the engine. It is a tight fit and some trimming might be needed, The folded hood then clips over it between the radiator and the firewall. There are lugs on the lower edge of the hood sides that lock into slots in the chassis near the inside of the front fenders. These appeared adequate to keep the hood on but I glued it. 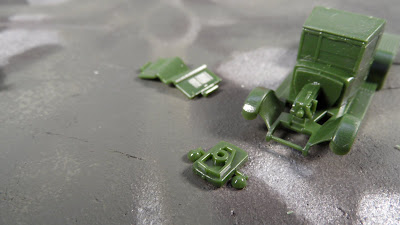 the radiator ready to go 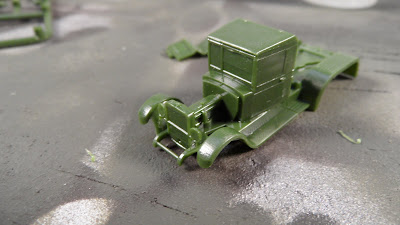 there it is, locked in place 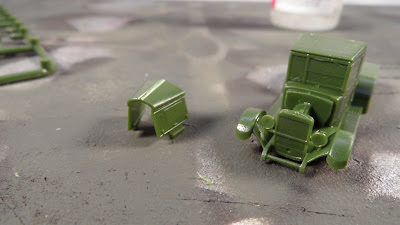 the fit is tight enough to hold on its own

It was a simple matter to push the suspension units into place. At this point you could stop and add a box-bed for a great model of the standard GAZ heavy truck. I finished the kit as a rocket launcher. 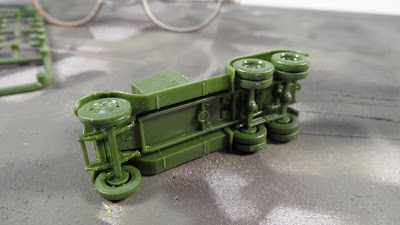 exercise some care when installing the front suspension unit

I added the rockets to the launch-rails before mounting the launch assembly to the truck bed as it seemed easier that way. 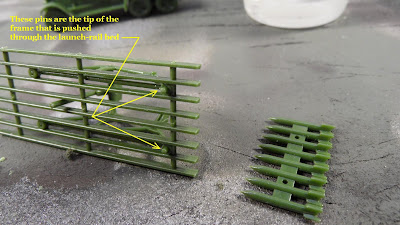 The completed kit gives a very satisfying model. This kit is decidedly pushing the limit for snap-tight models in this scale and I would suggest gluing the parts during assembly. Once finished I must say that I am very happy with the finished kit. 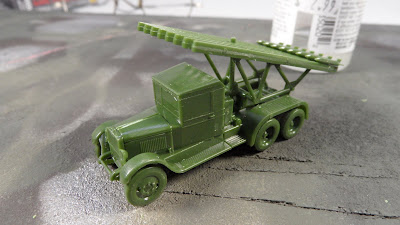 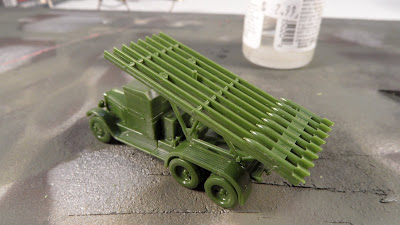 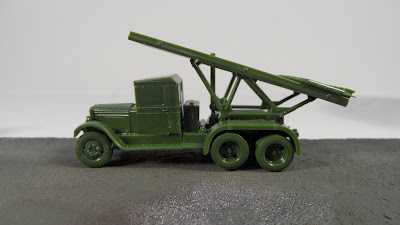 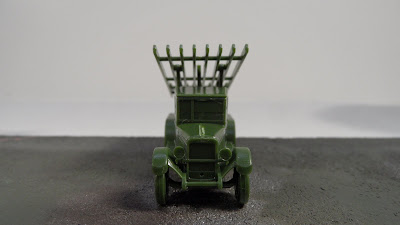 Very Highly Recommended.   John
Posted by Anton Ryzbak at 1:59 AM