Here are the previously reviewed 1/144 aircraft models from Zvezda. I confess to being to lazy to dig out my airbrush and being too busy to take them to my buddy's house who isn't too lazy to set up his airbrush. I brush-painted them. Not the best job ever but you will get an idea of what they look like in the flesh.

I can happily report that the decals are very good, thin with a very small surrounding film. The Soviet marking did suffer from register problems the red star being slightly off-center on the white background. I painted my JU-87 and ME-109 for service in the North African or Italian theaters rather than the Eastern Front. 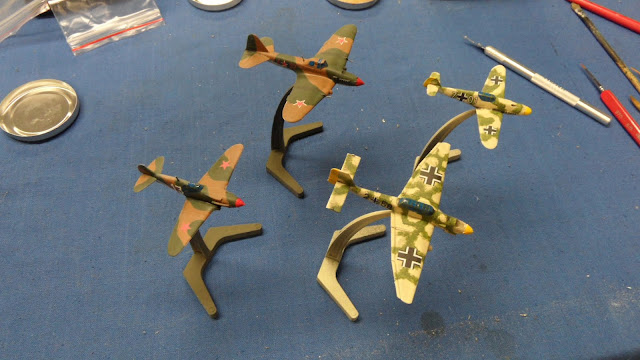 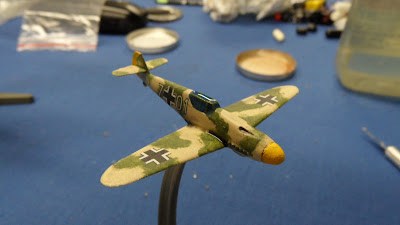 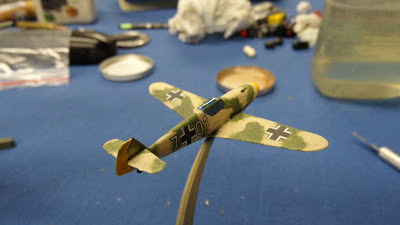 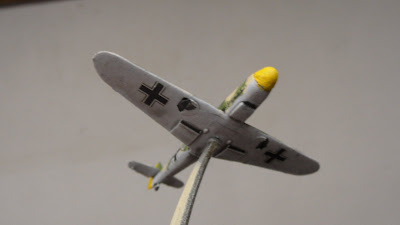 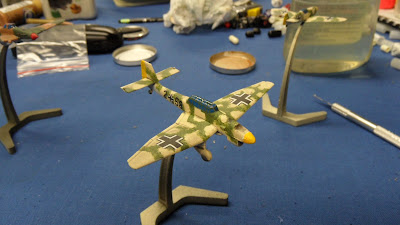 this model captures the ungainly bulk of the JU-87 well 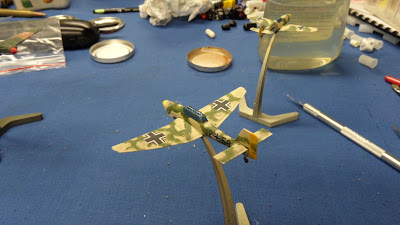 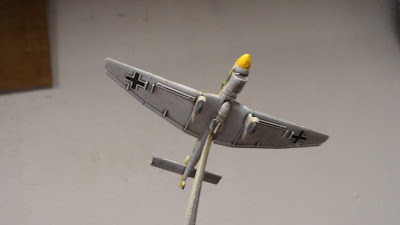 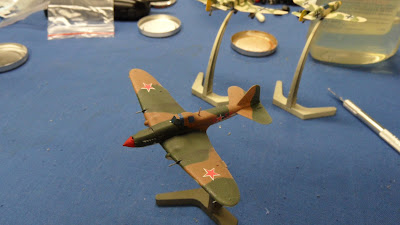 the terror of the panzers, the IL-2 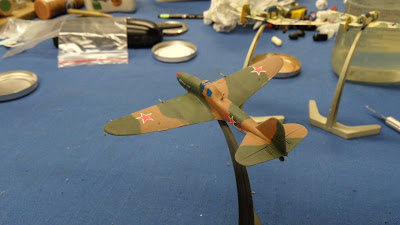 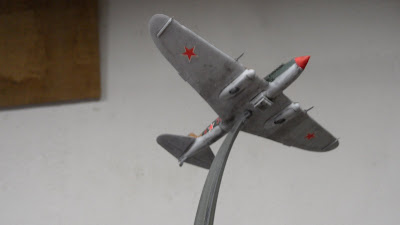 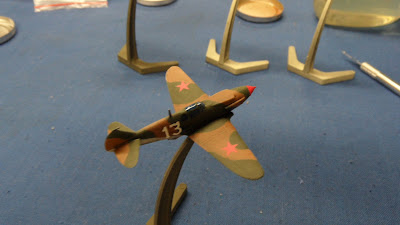 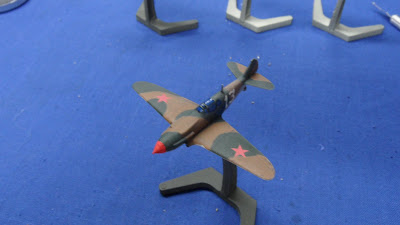 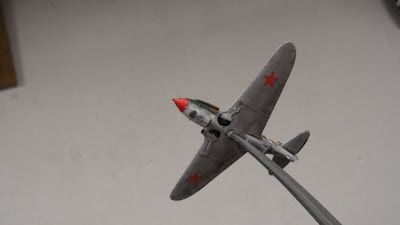 My only real complaint is that the models sit too far forward on the base and have an unfortunate tendency to tip over and land on their noses, I will have to glue a buck-shot to the back of the base to balance this out. On future models I probably will end up casting a lead base to glue the upright arm into.
Posted by Anton Ryzbak at 12:16 AM