I spotted this box at Michigan Toy Soldier a while back and bought it right away. Once I opened it I was delighted to find that PSC had lavished their usual attention to detail on this this tiny model. Cleanly cast in a light olive plastic this kit provides five models of this very common Soviet tank. At last I can finish that Soviet light tank horde that I was working on! 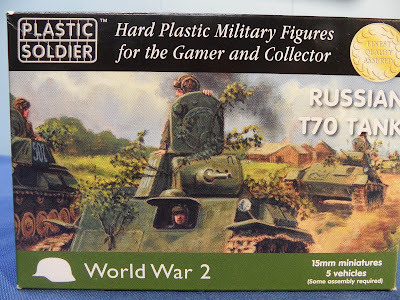 box art is OK, not a lot of choice in camo schemes with Soviet stuff 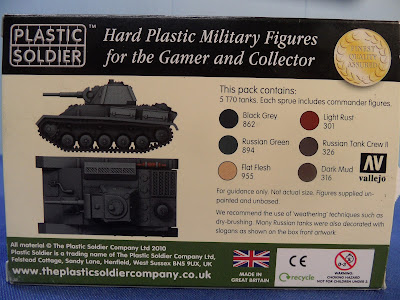 painting suggestions, yup, its all green! 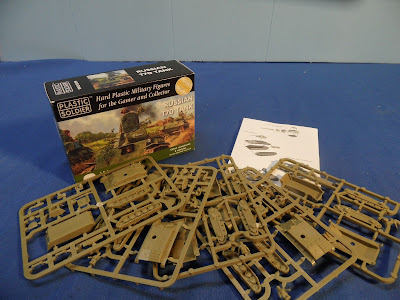 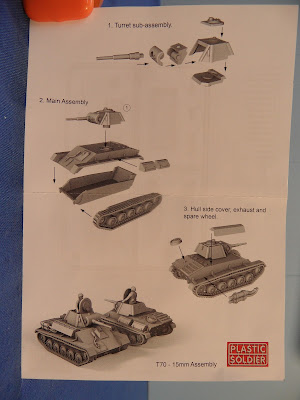 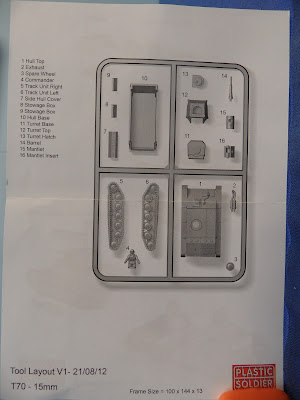 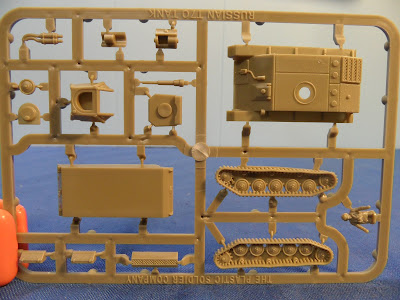 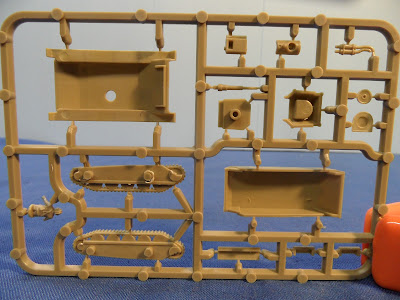 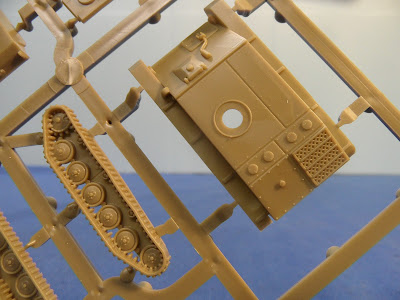 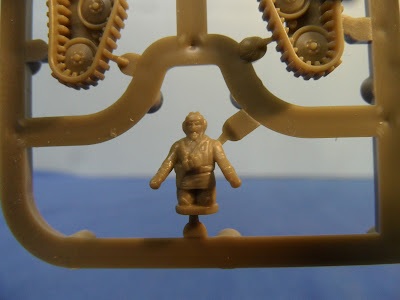 the driver/commander/gunner he was a busy fellow!
check out the bolts on the idler wheel 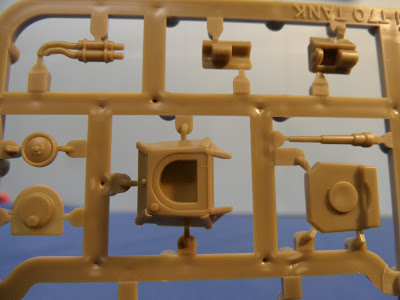 
Anybody playing Mid to Late WW2 Soviets should have a dozen or so of these, they were widely used on the Eastern Front. The model promises to go together easily and the paint scheme is a no-brainer so they will hit the gaming table quickly.