I got a chance to take a look at this kit in person the other day and I must say I like what I saw. Too many "wrecked building" kits are designed in such a way that they can only be assembled in one way, and often lack a "reverse side" so that, if viewed from another direction, you can seen the model lacks true thickness walls. None of those problems apply to this kit. The kit is intended to assemble into three very badly damaged European style village houses. The box shows suggested ways to build them. The number of parts and the way that they are cast will allow the gamer a wide latitude in the assembly process.  Add in a bit of foamcore and some modelling compound and you could probably build a half-dozen less damaged buildings using the parts provided here. The kit contains three bags of demolished buildings, on for each building I presume. Each of the models are cast in a solid gray plastic with good detail and no obvious mold-lines or flash. The level of damage to the buildings would suggest that high-explosive has been used, old fashioned roundshot would have to work long and hard to create this sort of havoc 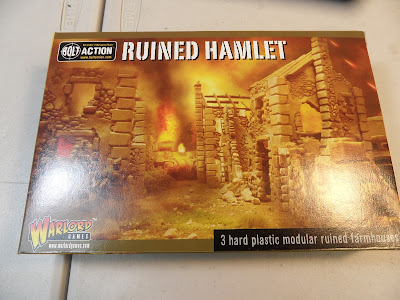 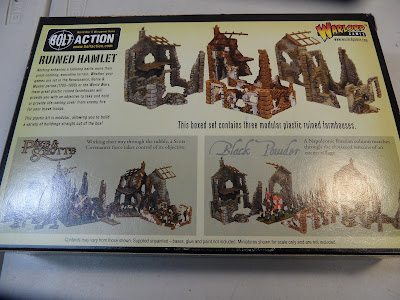 the back, with assembly suggestions and ideas 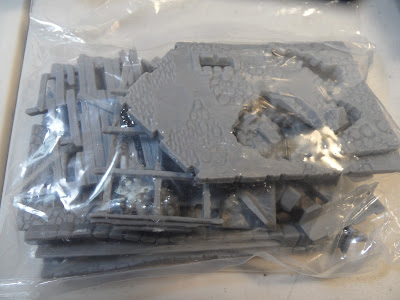 I took some pictures of the kits in their bags, sorry about the glare 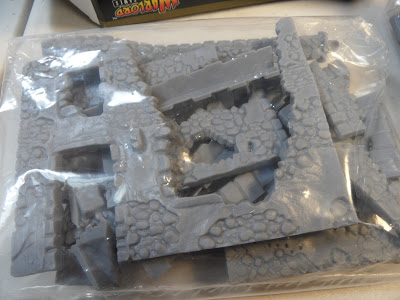 the detail is good and the walls are solid and thick 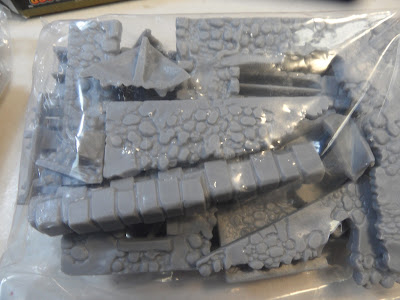 now I wish they would make a "not ruined hamlet" kit 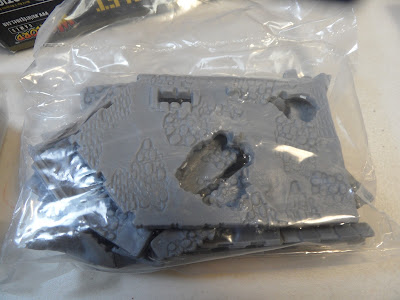 plenty of holes to fire out of while still getting "hard-cover" bonuses! 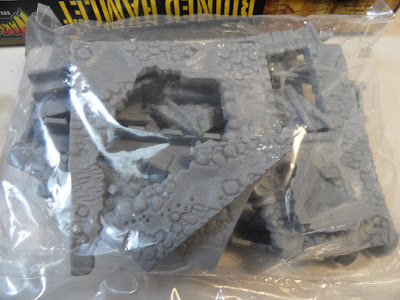 with this much damage the buildings might have trouble remaining standing!

Two boxes of these and a bit of foamcore and you could have the basis for a nerve-wracking urban fighting game. These are very nicely done and provide a quick start on wrecked village. Do note that there are no bases in this kit, not that I consider this an issue; I have plenty of thick card or thin ply to mount these on. I would prefer that the kit I buy is "all kit" instead of  bases that I could make up in a moment.